Over the past two-and-a-half weeks, tech platforms have taken a (if sometimes meek) stance against the far-right and conspiracy theorist content of Alex Jones by removing, banning or penalizing Jones and his podcast Infowars for breaking their community and hate speech policies.

The conversation has really accelerated in the past few weeks, trickling down from big players like Apple to smaller platforms like Pinterest, so we’ve compiled a list to help keep track of the developments. 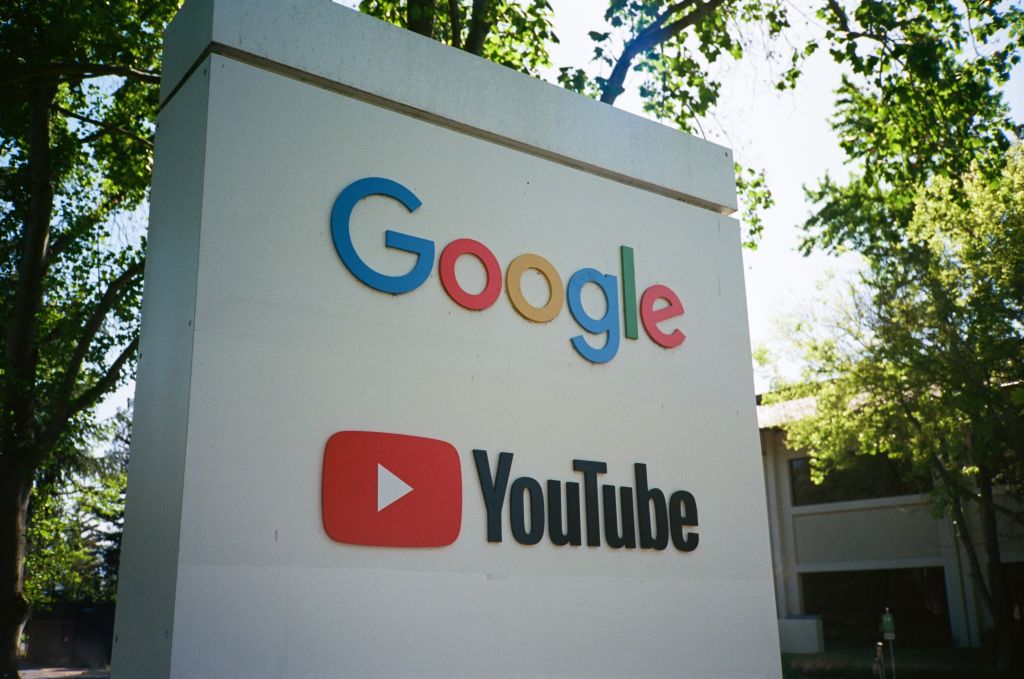 The video platform started the conversation in late February and early March of this year when it removed a video from the channel (in which Jones referred to a victim of the Marjory Stoneman Douglas school shooting as a ‘crisis actor’) and subsequently demonetized Jones’ channel by removing ads. These two original moves came on the heels of outcry surrounding Logan Paul’s videos of the suicide forest and YouTube’s lax content moderating.

While those strikes against Jones didn’t appear to entice any other platforms into the fray, YouTube’s most recent action against him at the end of July has. On July 25th the platform removed four of Jones’ videos for infringement on its hate speech and child endangerment policies. The videos contained Islamophobic and transphobic sentiments as well as the depiction of a child being shoved to the ground by an adult to demonstrate “how to prevent liberalism.” 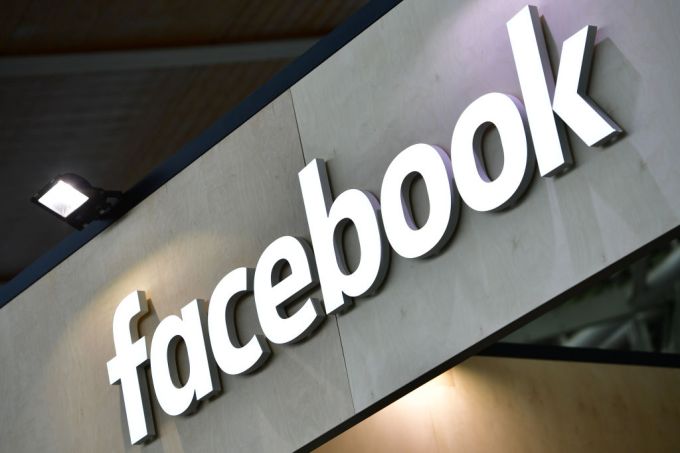 While the social network had previously chosen to not remove inflammatory content aimed at Special Counsel Robert Mueller from Jones’ verified page, the company did chose to take action following YouTube’s removal of Jones’ videos. On July 27 the social network removed four videos for violating its community polices against encouraging physical harm or attacks based on someone’s religious affiliation or gender identity. The action resulted in a 30-day ban from posting videos on his personal Facebook and a warning for the Infowars page that Jones moderates. 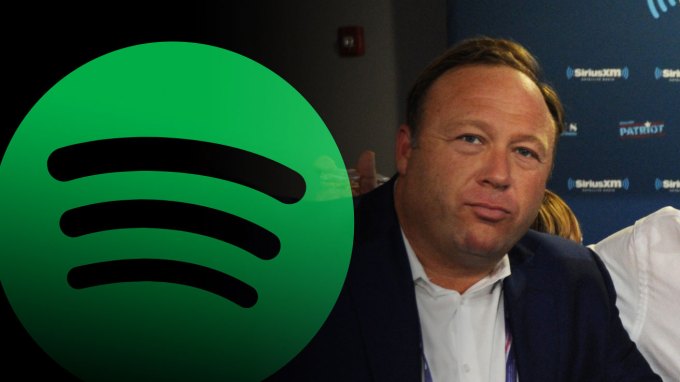 Just over a week later, the video streaming service removed several of Jones’ Infowars podcast episodes from its platform on August 1, stating that the episodes violated the company’s hate content policy (which it revamped this May.) Similar to Facebook’s policy, Spotify’s states “content whose principal purpose is to incite hatred or violence against people because of their race, religion, disability, gender identity, or sexual orientation” is considered in violation, but not content that is offensive without intent to incite harm.

Taking Spotify’s cue, the podcast app quickly followed with its own stance on August 2 and became one of the first platforms to fully remove the Infowars podcast (as well as Jones’ five other podcasts) from its platform instead of targeting certain episodes. In a tweet confirming the action, Stitcher said:

We have reviewed Alex Jones’ podcasts and found he has, on multiple occasions, harassed or allowed harassment of private individuals and organizations, and that harassment has led listeners of the show to engage in similar harassment and other damaging activity. Therefore, we have decided to remove his podcasts from the Stitcher platform. 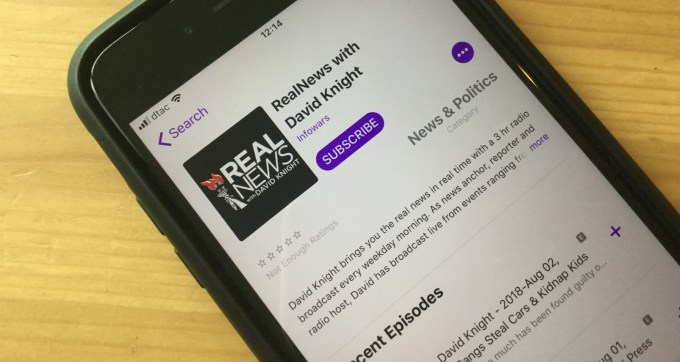 After a brief weekend lull, Apple started the week with a bang by removing all but one of Jones’ six podcasts from iTunes for violating its policies concerning hate speech, telling TechCrunch in a statement:

Apple does not tolerate hate speech, and we have clear guidelines that creators and developers must follow to ensure we provide a safe environment for all of our users. Podcasts that violate these guidelines are removed from our directory making them no longer searchable or available for download or streaming. We believe in representing a wide range of views, so long as people are respectful to those with differing opinions 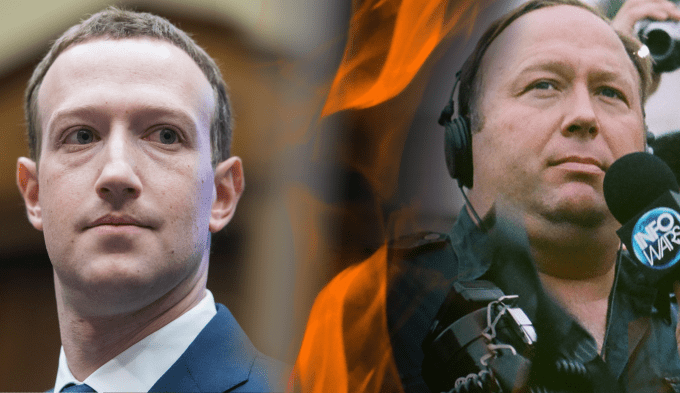 Following the initial ban and strike served against Jones on July 27, Facebook chimed back in on August 6, as well to announce the removal of four related Facebook pages: the Alex Jones Channel Page; the Alex Jones Page; the Infowars Page; and the InfoWars Nightly News Page. In a statement on its site explaining the new actions, Facebook said:

Since [the original ban], more content from the same Pages has been reported to us — upon review, we have taken it down for glorifying violence, which violates our graphic violence policy, and using dehumanizing language to describe people who are transgender, Muslims and immigrants, which violates our hate speech policies.

All four Pages have been unpublished for repeated violations of Community Standards and accumulating too many strikes. While much of the discussion around Infowars has been related to false news, which is a serious issue that we are working to address by demoting links marked wrong by fact checkers and suggesting additional content, none of the violations that spurred today’s removals were related to this.

And then it all began to truly unravel.

Also on August 6, Pinterest took down the Infowars page on its platform, saying in a statement:

Consistent with our existing policies, we take action against accounts that repeatedly save content that could lead to harm. People come to Pinterest to discover ideas for their lives, and we continue to enforce our principles to maintain a safe, useful and inspiring experience for our users. 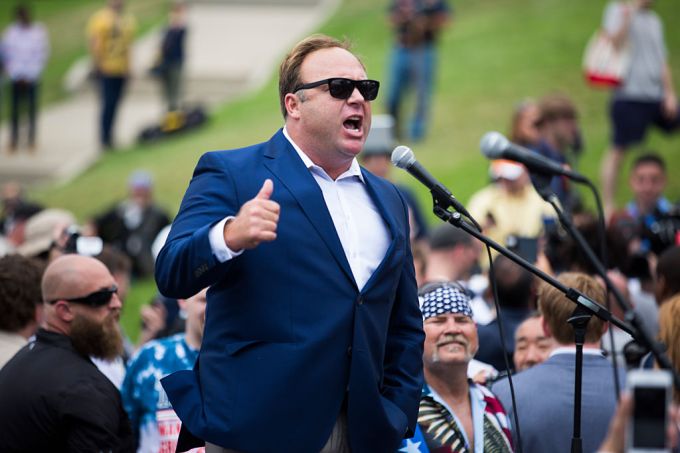 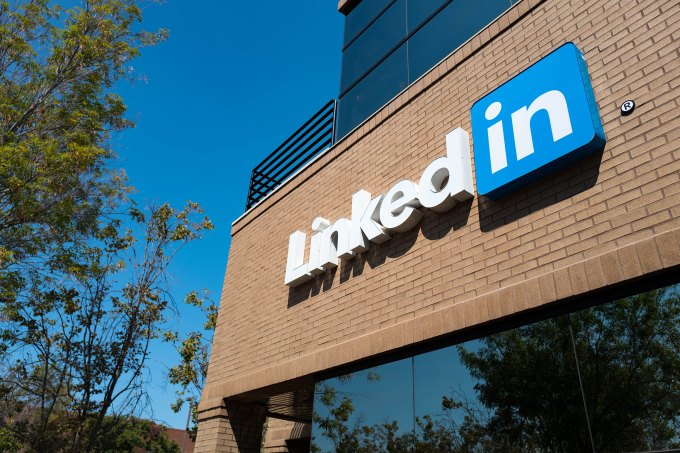 On August 7 the professional networking site announced the removal of Jones from its platform, similarly stating:

We have removed the InfoWars company page for violating our terms of service. We value the professional community on LinkedIn and strive to create a platform where the exchange of ideas by professionals can happen without harmful misinformation, bullying, harassment or hate.

We encourage our members to report any inappropriate content or behavior. We investigate and if it is in violation take action, which could include removing the content or suspending the account

And lastly (but likely not for long) the mail messaging platform MailChimp announced on the 7 its removal of Jones from its platform, stating:

We don’t allow people to use our platform to disseminate hateful content… We take our responsibility to our customers and employees seriously. The decision to terminate this account was thoughtfully considered and is in line with our company’s values 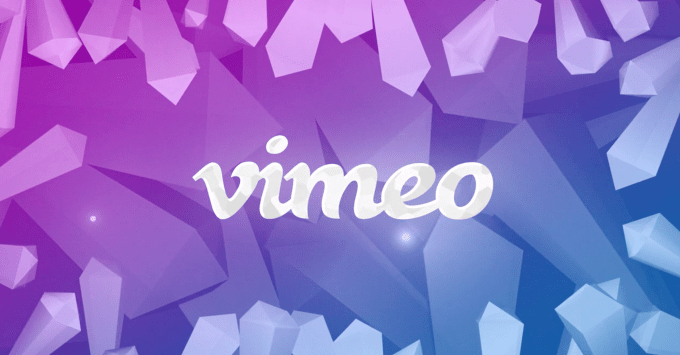 On August 12th, Vimeo became the latest tech site to deny Jones’ content a platform when it removed his account. In an email statement confirming the action, Vimeo said:

We can confirm that Vimeo removed Infowars’ account on Sunday, August 12 following the uploading of videos on Thursday and Friday that violated our Terms of Service prohibitions on discriminatory and hateful content

According to Business Insider, the videos were manually removed by Vimeo’s Trust and Safety Team after Jones began to upload content in mass following his removal from other sites.

So who’s left? Three notables standing apart from the pack are Snapchat, Instagram, Google + and Twitter, the latter of which has made statements recently defending its choice to keep Jones on the platform based on his tweets alone and not their context. As this situation continues to boil, time will tell where these platforms will eventually land.