Grab, the ride-hailing service that struck a deal to take Uber out of Southeast Asia, has announced that it has pulled in $2 billion in new capital as it seeks to go beyond ride-hailing to offer more on-demand services.

Grab confirmed that the round is still open, so we can expect that it’ll add more investors and figures to this deal.

The deal values Grab at $11 billion post-money, which is the same as the $10 billion valuation it earned following the Toyota deal. The caliber of investors certainly suggests an IPO is on the cards soon — not that it ever hasn’t been — although the company didn’t comment directly on that when we asked.

This new financing takes Grab to $6 billion from investors. Some of its other notable backers include SoftBank and China’s Didi Chuxing, which both led a $2 billion round last year which gave Grab the gas to negotiate a deal with Uber that saw the U.S. ride-hailing giant exit Southeast Asia in exchange for a 27.5 percent stake in Grab. From that perspective, the deal was a win-win for both sides.

In this post-Uber world, Grab is transitioning to offer more services beyond just rides. It has long done so, with its own payment service and food deliveries, but it is rolling out a revamped “super app” design that no longer opens to a ride request page and that reflects the changing strategy of the Singapore-based company. 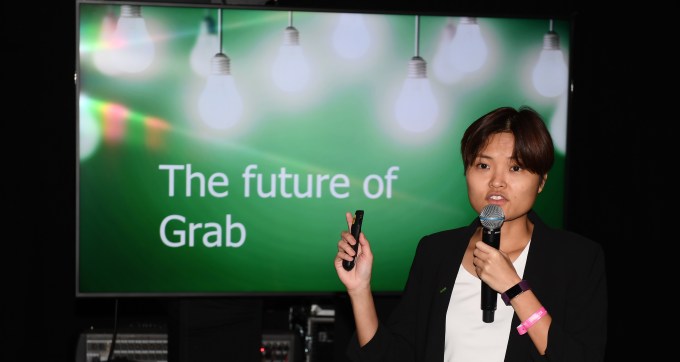 10 July 2018; Tan Hooi Ling, co-Founder, Grab, at a press conference during day one of RISE 2018 at the Hong Kong Convention and Exhibition Centre in Hong Kong. Photo by Stephen McCarthy / RISE via Sportsfile

Grab said in a statement today that this new money will go towards that “O2O” [offline-to-online] strategy that turns Grab’s app into a platform that allows traditional, offline services to tap the internet to reach new customers. The trend started out in China, with Alibaba and Tencent among those pushing O2O services, and Grab is determined to be that solution for Southeast Asia’s 650 million consumers.

Indonesia, Southeast Asia’s largest economy with a population of over 260 million, is a key focus for Grab, the company said. The company has been pushed out new financial services in the country, fueled by an acquisition last year, and it claims it is winning “significant market share” with GMV quadrupled in the first half of this year.

With Uber out of the picture, the company’s main rival for the ‘Southeast Asia Super App Crown’ is Go-Jek, the Indonesian on-demand service valued at $5 billion.

Go-Jek has long focused on its home market but this year it unveiled an ambitious plan to expand to three new markets. That kicked off yesterday with a launch in Vietnam, and the company has plans to arrive in Thailand and the Philippines before the end of the year.

Go-Jek has raised over $2 billion and it counts KKR, Warburg Pincus, Google and Chinese duo Tencent and Meituan among its backers.