That’s great, but the number of monthly active users on the service remains stagnant. Duolingo reported 25 million active users a year ago — and that’s still the same today, a company spokesperson confirmed. The company argues this is due to its focus on revenue growth instead of user growth in the last year, but it did grow by 100 million total users.

Update: After this post went live, Duolingo called to provide us with revenue numbers to put its user numbers into context, something it hasn’t disclosed before. Its revenue in 2016 was $1 million. It grew that to $13 million in 2017 and a spokesperson tells us that it’s on track for $40 million in 2018. The company also says that its daily active user numbers are up. 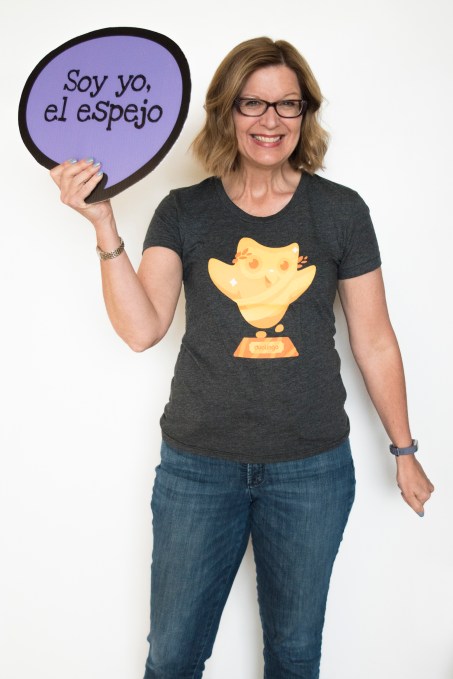 Update 2: Duolingo now contests its own numbers, which it says were based on data from an older analytics infrastructure that was not accurate (so I’m not sure how much we can trust any past numbers from the company at this point). “Upon closer investigation, we see that MAUs have grown 9.19% year over year. The actual MAU number fluctuates seasonally, but there has been overall growth YoY.”

Maybe that’s why the company is putting a bit more effort behind its marketing efforts now. As the company also today announced, it has hired Cammie Dunaway as its first chief marketing officer (CMO) to help it reach those next 300 million users.

Before joining Duolingo, Dunaway was the CMO of Yahoo for four years in the early 2000s before joining Nintendo in 2007. In recent years, she took on the role of president and CMO of KidZania.

“This is an opportunity to have mission alignment and work with great people,” Dunaway told me when I asked her what attracted her to the job. “And also to be able to really make an impact and an important point in the company’s history. But on the mission alignment: I am at the point of my career where I want to spend my talents and my energy really helping companies grow who I think make a difference in the world.”

But why did Duolingo decide to hire a CMO now and start to more actively go after new users? Dunaway argues that the company is now at an inflection point where it has paid services and a subscription product. “That gives us the opportunity to put a little bit more focus behind marketing because we want to ensure that we continue to grow so that we’re able to make the service free and accessible to people who need us,” she explained.

So going forward, you’re going to see a lot more brand marketing from Duolingo and see the company tell a lot more stories (and it’s already doing some of that), but it’ll also do some traditional performance marketing to acquire new users that it thinks will likely convert into paying subscribers. As Duolingo co-founder Luis von Ahn noted last year, the company is looking at its subscription product, which provides an ad-free experience, offline access and a few other perks, as a way to subsidize the product for those who can’t afford a subscription.

While it’s ramping up its marketing efforts, though, Dunaway promises that Duolingo won’t lose its focus on building the best product for its users. And sometimes those go hand-in-hand. Duolingo is about to launch a Hawaiian course, for example, to help tourists learn more about the islands they visit. But I’m sure that’s also going to generate quite a bit of buzz for the service.

What Duolingo really has to figure out now, though, is how to turn that huge install base into a growing base of active users. That, after all, is the group of people who will also buy subscriptions and support the service in other ways.