If you’ve been wondering why every major media platform has been doubling down on its video efforts in recent months, Nielsen’s new report has the answer. According to the firm’s research, U.S. adults are now spending almost 6 hours per day on video, on average. That includes time spent watching both live and time-shifted TV, watching videos in an app or mobile website on a smartphone or tablet, watching video over a TV-connected device like a DVD player, game console or internet device such as Roku, and watching videos on a computer.

That data on video viewing was collected during the first quarter of 2018 – and accounts for a sizable chunk of the 11 hours per day Americans spend listening to, watching, reading or otherwise interacting with media.

The nearly six hours of video (5:57) of video viewed daily represents an 11 minute increase in video consumption over the prior quarter, with 6 of those 11 minutes from TV-connected devices. 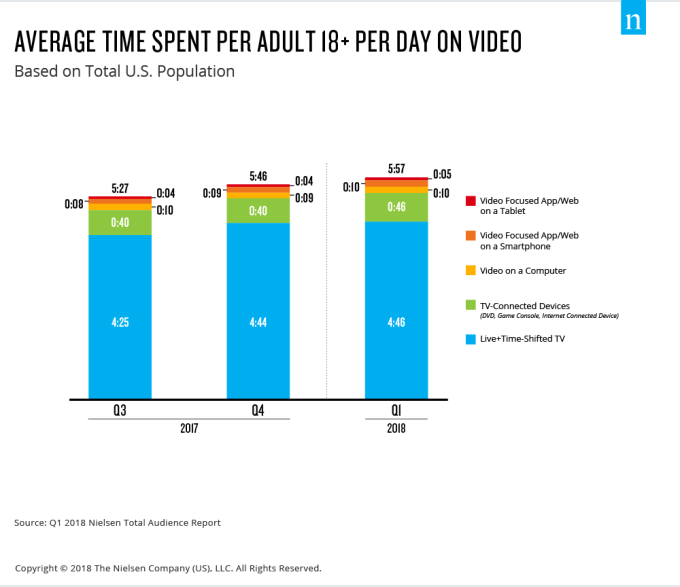 Notably, traditional media platforms still account for a lot of this media consumption, with adults spending the most time on TV and radio. The former reaches 88 percent of U.S. adults on a weekly basis, and the latter reaches 92 percent.

Live and time-shifted TV, in particular, eats up the most time, with adults watching an average of 4 hours and 46 minutes per day on this type of media. 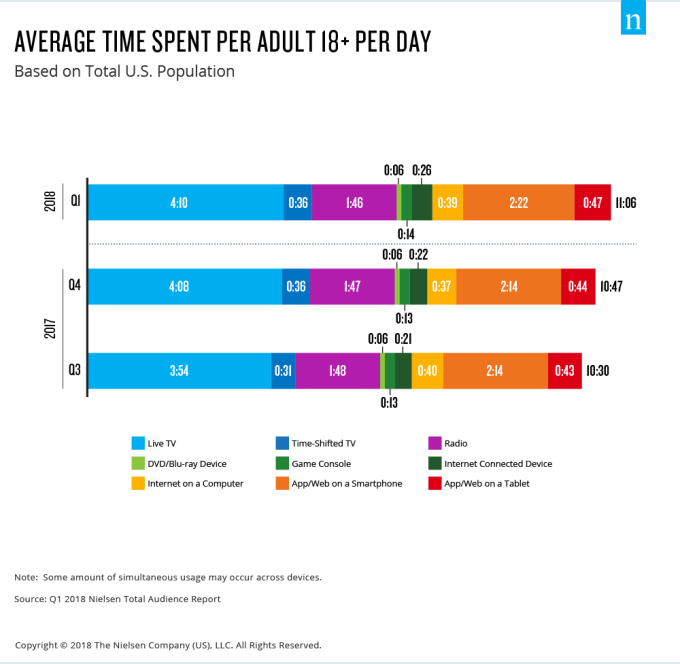 However, the research does indicate some growth in streaming TV, as evidenced by an increase in time spent on “TV-connected” devices, like game consoles, Roku, Chromecast, Amazon Fire TV, Apple TV and others. Time spent on these devices is up by 5 minutes per day to reach 40 minutes total, with 26 of those minutes devoted to internet-connected devices and 14 to game consoles. 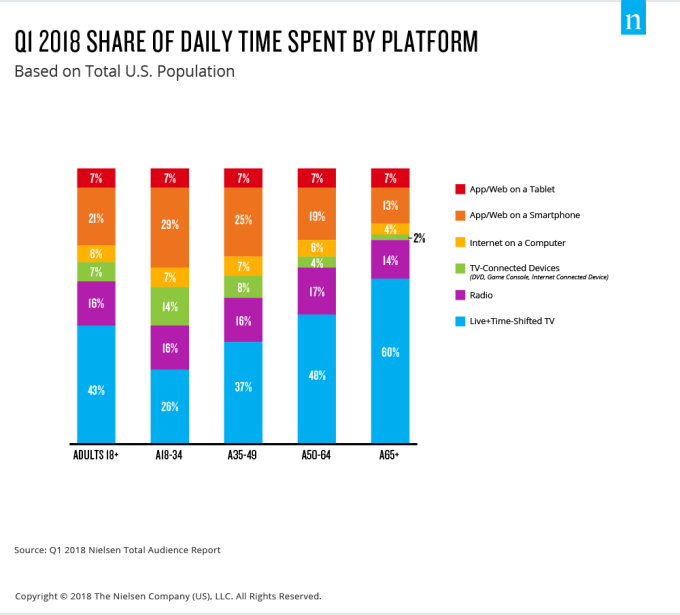 Those aged 18-34 now spend 43 percent of their time consuming media on digital platforms (phones, tablets, computers), with around a third of that time taking place on smartphones. Their share of TV-connected usage (14%) is also double that of total adults (18+) and seven times as much as adults over the age of 65, the report says.

That means they’re watching a lot more TV through these devices at 1 hour, 15 minutes per day – or nearly half an hour more than the average adult. 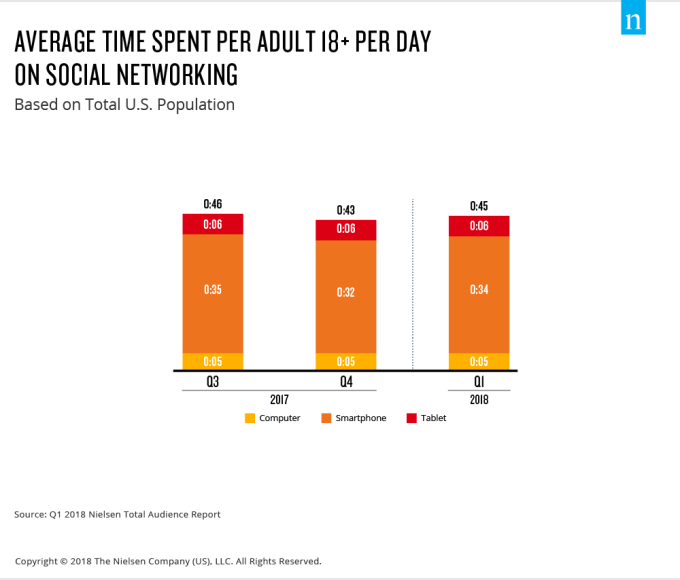 Beyond video, Nielsen’s report also examines social media adoption. It found adults are spending an average of 45 minutes per day on social media, with the majority of that time on smartphones.

The social networks are clearly clued in to the draw of video, and have optimized for it. The new research also indicates that 64 percent of adult smartphone users who watch video on social networking sites and apps do so at least once per day. That figure is up to 72 percent for the youngest adults (18-34), Nielsen says.

The full report, available here, also delves deeper into demographics and other impacts on media consumption.