Creatures that live in the depths of the oceans are often extremely fragile, making their collection a difficult affair. A new polyhedral sample-collection mechanism acts like an “underwater Pokéball,” allowing scientists to catch ’em all without destroying their soft, squishy bodies in the process.

The ball is technically a dodecahedron that closes softly around the creature in front of it. It’s not exactly revolutionary, except in that it is extremely simple mechanically — at depths of thousands of feet, the importance of this can’t be overstated — and non-destructive.

Sampling is often done via a tube with moving caps on both ends into which the creature must be guided and trapped, or a vacuum tube that sucks it in, which as you can imagine is at best unpleasant for the target and at worst, lethal.

The rotary actuated dodecahedron, or RAD, has five 3D-printed “petals” with a complex-looking but mechanically simple framework that allows them to close up simultaneously from force applied at a single point near the rear panel. 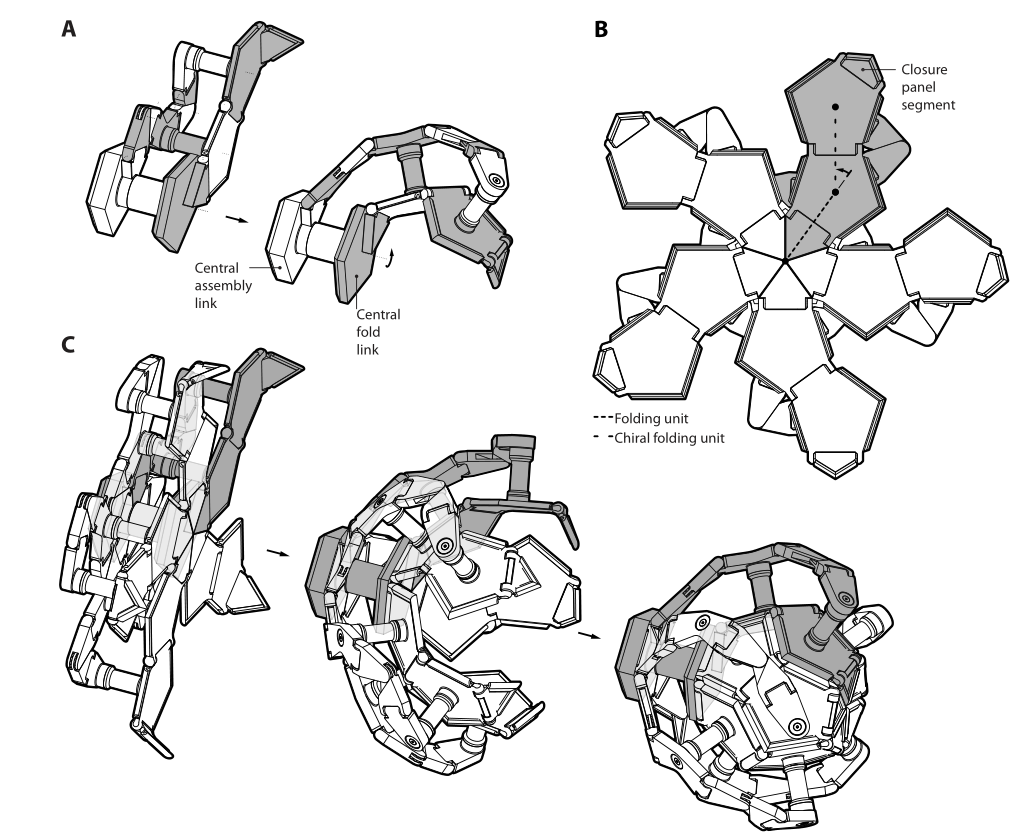 “I was building microrobots by hand in graduate school, which was very painstaking and tedious work,” explained creator Zhi Ern Teoh, of Harvard’s Wyss Institute, “and I wondered if there was a way to fold a flat surface into a three-dimensional shape using a motor instead.”

The answer is yes, obviously, since he made it; the details are published in Science Robotics. Inspired by origami and papercraft, Teoh and his colleagues applied their design knowledge to creating not just a fold-up polyhedron (you can cut one out of any sheet of paper) but a mechanism that would perform that folding process in one smooth movement. The result is the network of hinged arms around the polyhedron tuned to push lightly and evenly and seal it up.

In testing, the RAD successfully captured some moon jellies in a pool, then at around 2,000 feet below the ocean surface was able to snag squid, octopus and wild jellies and release them again with no harm done. They didn’t capture the octopus on camera, but apparently it was curious about the device.

Because of the RAD’s design, it would work just as well miles below the surface, the researchers said, though they haven’t had a chance to test that yet.

“The RAD sampler design is perfect for the difficult environment of the deep ocean because its controls are very simple, so there are fewer elements that can break,” Teoh said.

There’s also no barrier to building a larger one, or a similar device that would work in space, he pointed out. As for current applications like sampling of ocean creatures, the setup could easily be enhanced with cameras and other tools or sensors.

“In the future, we can capture an animal, collect lots of data about it like its size, material properties, and even its genome, and then let it go,” said co-author David Gruber, from CUNY. “Almost like an underwater alien abduction.”