Southeast Asia’s digital economy is tipped to grow more than six-fold to reach more than $200 billion per year, according to a report co-authored by Google, with e-commerce accounting for the dominant share. The emergence of e-commerce platforms like Alibaba’s Lazada and U.S.-listed Shopee have enabled online entrepreneurship across the region, but still financial support for online sellers, who are basically SMEs, is lagging.

That’s where Singapore-based Aspire Capital, a six-month-old organization focused on speedy SME lending, is hoping to make a difference.

The company certainly has opportunity. With a cumulative population of over 600 million consumers and a rising middle class, Southeast Asia is increasingly an attractive market for businesses of all kind, and online companies in particular. Chinese giants Alibaba and Tencent have long devoted significant resources to the region where, like India, they see significant growth potential. E-commerce is the clear winner, in terms of size, with the e-Conomy SEA report — a joint research project between Google and Singapore sovereign fund Temasek — forecasting e-commerce revenue will hit $88 billion by 2025 from $10.9 billion in 2017. 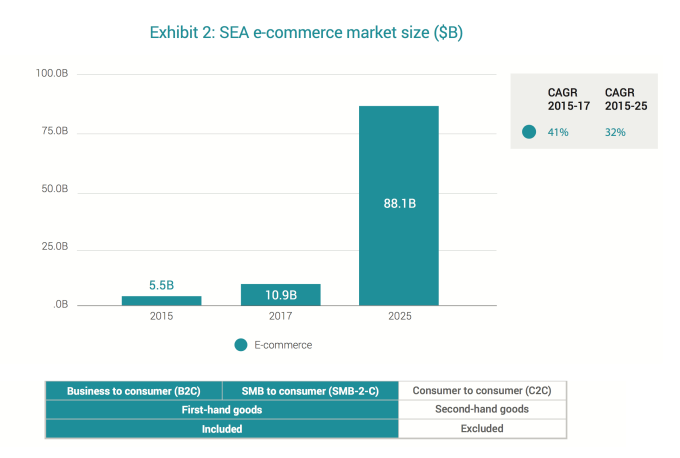 Data from the e-Conomy SEA report

The crux of its problem is that online sellers who use Lazada, Shopee or other platforms that are forgoing profit in order to grow, are ironically less able to scale their business since there are few ‘e-commerce friendly’ financing options.

That problem became apparent to Aspire founder and CEO Andrea Baronchelli during a four-year stint with Lazada Singapore where, as CMO, he identified a financing disconnect for Lazada merchants.

“I saw the problem while trying to rally small businesses trying to grow in the digital economy,” Baronchelli told TechCrunch in an interview.

“The problem is really about providing working capital to small business owners. We started with online sellers, but we have expanded a bit as we see demand. There are 65 million small businesses in Southeast Asia, that’s ten times more than the U.S. so we see so much potential,” he added. 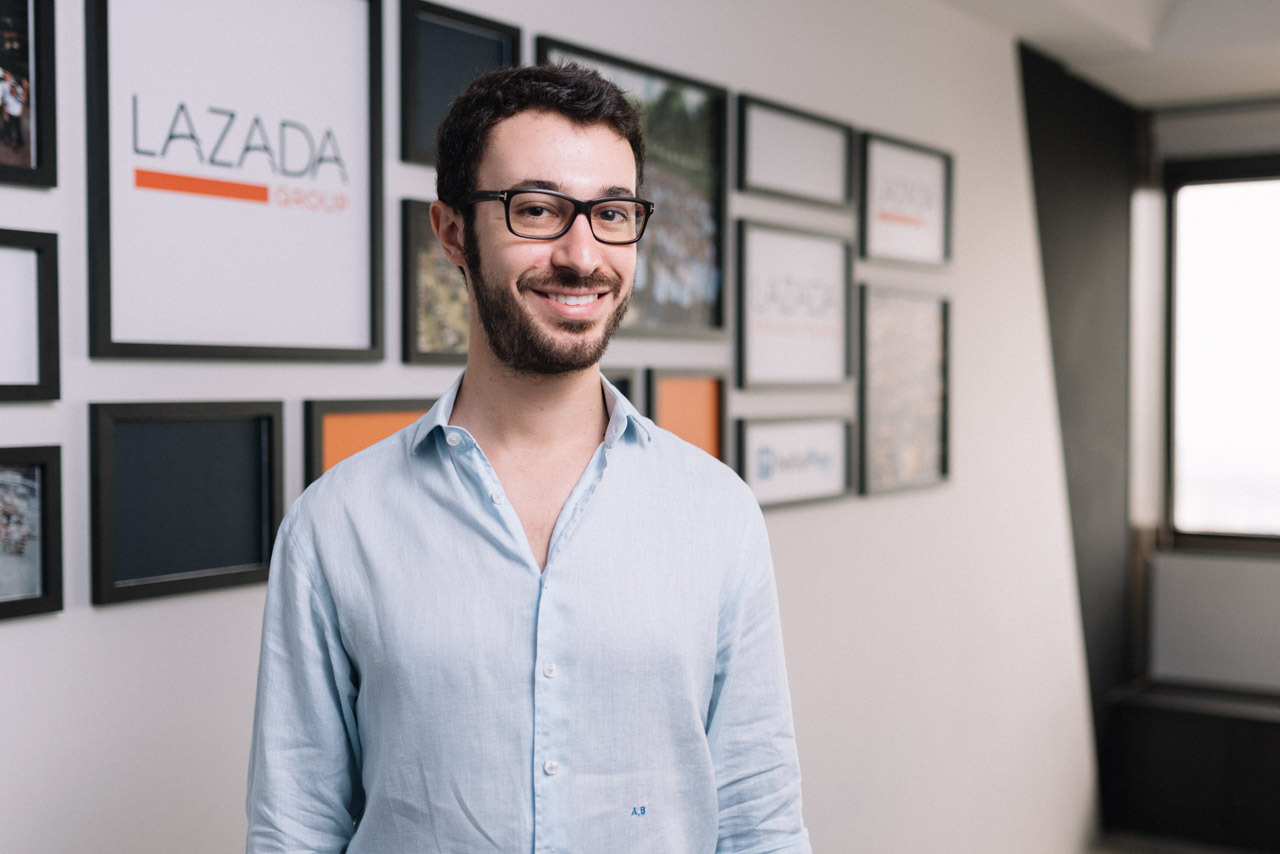 Aspire founder and CEO Andrea Baronchelli pictured while at Lazada

Today, Aspire Capital covers Singapore where it has expanded beyond e-commerce merchants to cover other things of SMEs who seek loans, primarily for working capital as Baronchelli explains. So far, he added, it has served loans to over 100 businesses. Typically, its spread goes from as low as SG$5,000 to up to SG$100,000, that’s around $3,600-$73,500 in U.S. terms.

The company was founded in early 2018 and already it has done plenty. It was part of the Y Combinator Winter 2018 cohort and it has closed a $9 million seed round to kick its business off with the working capital that it needs itself.

The principle behind the business is to make business financing quick and simple, Baronchelli said.

So rather than stacks of paperwork, SME owners fill out online forms and get a response the same day. Large parts of the application and review process are automated using a proprietary risk assessment engine, but Baronchelli said that ultimately a human makes the final call on whether to accept the application or not.

“We want to really be fast,” Baronchelli explained. “SMEs need quick decisions, they cannot wait three months for a bank. They need super quick, fast and no paperwork.” 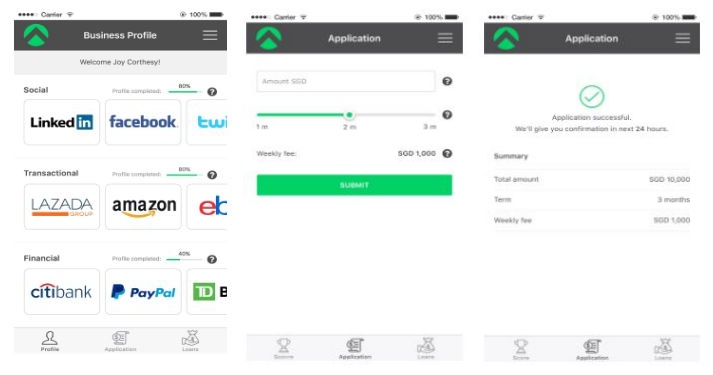 The application process for companies seeking loans from Aspire Capital

He paints an example of online merchants who typically buy inventory from China which is sold customers within three to six months. If the business has a track record, it can take a loan to increase its stock and grow its revenues and profit, he explained.

Singapore may be a key market in Southeast Asia, but with a population of just over five million expansion is top of mind for Aspire. Baronchelli said he is doing due diligence on the first market expansion which he expects will happen before the end of this year. He expects that the business will raise further capital, perhaps towards the tail end of this year, which would be used to expand more aggressively across Southeast Asia in 2019.

He is also occupied building out the team. Right now, Aspire has ten people but he is keen to bring in ten to fifteen more staff, particularly on the tech side of the business.