Instagram’s future growth depends on the developing world, so it’s built a version of its app just for them. “Instagram Lite” for Android appeared today in the Google Play App Store without any announcement from the company. “The Instagram Lite app is small, allowing you to save space on your phone and download it quickly,” the description reads.

At just 573 kilobytes, Instagram Lite is 1/55th the size of Instagram’s 32 megabyte main app. It lets you filter and post photos to the feed or Stories, watch Stories and browse the Explore page, but currently lacks the options to share videos or direct message friends.

Instagram Lite addresses many problems common amongst mobile users in the developing world who are often on older phones with less storage space, slower network connections or who can’t afford big data packages. Users might not have to delete photos or other apps to install Instagram Lite, or wait a long time and pay more for it to download. 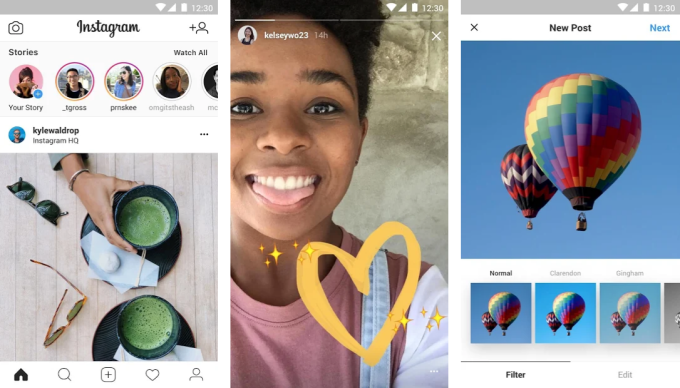 The release follows Instagram’s revamped mobile website that launched last month, also designed for the developing world. At the time I wrote, “The launch begs the question of whether Instagram will release an Instagram Lite version of its native app.” The answer is yes. Mobile analytics service Sensor Tower tipped off TechCrunch to the release.

When asked for comment, an Instagram spokesperson confirmed that Instagram Lite began testing in Mexico this week, and provided this statement: “We are testing a new version of Instagram for Android that takes up less space on your device, uses less data, and starts faster.” The company wouldn’t say whether ads would be included. Later this year the app will expand to more countries, and get messaging and video posting capabilities.

The “Lite” trend has picked up steam recently. Facebook launched Facebook Lite in 2015, and it had 200 million users by 2017. That paved the way for the launch of Messenger Lite in April 2018, and Uber glommed on to the strategy with the release of its own Lite app earlier this month. Users have clearly been craving Instagram Lite, as a fake/unofficial Facebook Page with that racked up more than 2,000 Likes.

Instagram announced last week at the IGTV unveiling that it had hit 1 billion monthly active users. It’s been growing at roughly 100 million users every four months, with much of that coming from the developing world. Snapchat neglected international markets to focus on U.S. teens, leaving the door open for Instagram and WhatsApp’s clones of Snapchat Stories to grab big user bases in countries like India and Brazil.

With this new growth tool in its belt, Instagram may see even swifter adoption in emerging markets. It could potentially score revenue straight from Lite if ads are included, then as phones and networks improve, hope to shift users onto the full-fidelity version. Now, eyes will be on Snapchat to see if it builds its own Lite app. Otherwise it risks continuing to slip further behind the Instagram juggernaut.