Facebook’s stripped-down but speedy Lite app is growing fast and adding countries so it can keep connecting people and building the company’s business in the low-bandwidth world where revenue increased 52% this year. 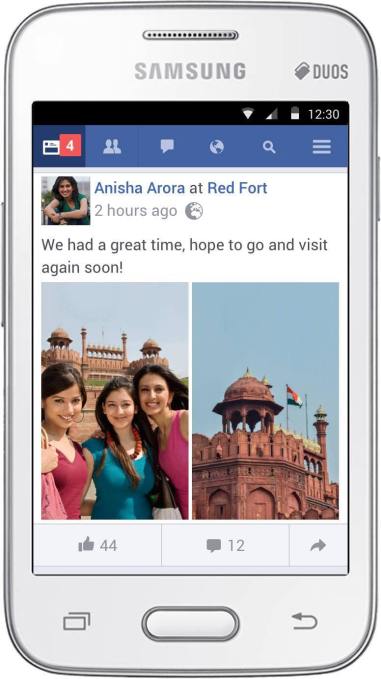 Facebook Lite launched in June 2015, it rocketed to 100 million monthly users by March 2016, and now it’s doubled in size to 200 million users, Mark Zuckerberg says. And that’s just in a limited set of countries which today expands to include Israel, Italy, United Arab Emirates, and South Korea.

Facebook Lite is partly why the social giant has managed to boost its business in the Rest Of World region.  Average revenue per user is up 28% this year from $1.10 to $1.41. And that pushed its Rest Of World revenue up 52% this year to $839 million per quarter. By making it enjoyable for users to sign up and spend more time on Facebook even with a weak network connection, Facebook is starting to make money in places other apps don’t.

For example, Snapchat’s bandwidith-heavy video-first app earned just $7.8 million off 39 million daily users in the Rest Of World region all year — and unlike Facebook, Snap includes Asia Pacific in Rest Of World. The startup cited how it grows much better it countries with high-bandwidth. 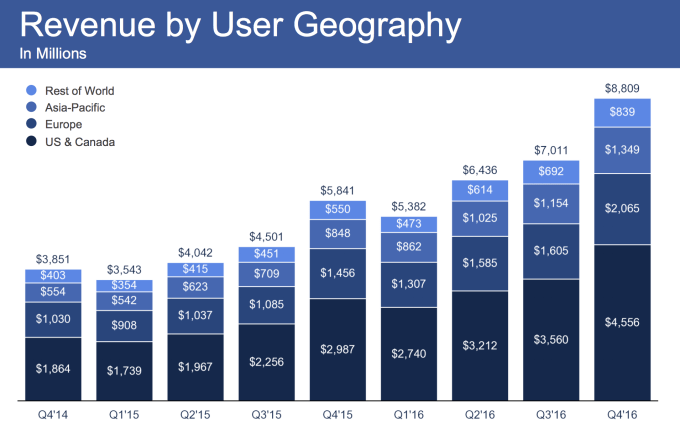 But rather than wait for the developing world’s network infrastructure to increase bandwidth, Facebook shrunk its app into a Lite version.