Oculus is launching a TV app for users to check out streaming video content on a big virtual screen on the Oculus Go headset.

The company highlighted Oculus TV at Facebook’s F8 developer conference as one of four new Oculus-built apps that would allow users to get the most out of the inexpensive headset. The app was supposed to launch by the end of May, but we’re finally getting to take a look at it.

Facebook wants a big selling point of the $199 Oculus Go to be that it’s the cheapest home theater you can buy. Oculus TV is a sizable step toward making all of the features related to conventional video viewing available easily. The app will be a free download for existing users of the headset and will come pre-installed on the device moving forward. 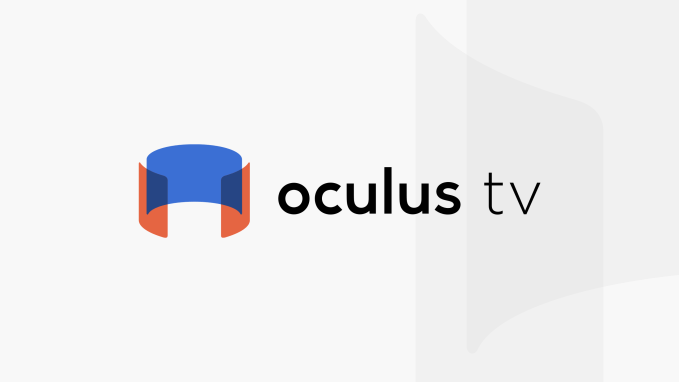 The app centers around a virtual living room with a giant 2D screen where users can select videos to watch. It’s a little unclear why this app exists outside of the Oculus Rooms social app, which also has a dedicated space for viewing videos, but the company is likely just looking to put extra emphasis on the device’s video-watching capabilities.

At launch the platform will have core support for Facebook Watch (naturally) as well as Red Bull TV and Pluto TV. This isn’t exactly an all-star launch lineup for the service, which users navigate similarly to an Apple TV interface, but the company is teasing new partners going forward, specifically teasing one with sports network ESPN.

The platform is going to rely on gaining interest from streaming networks, many of which have already built their own apps for virtual reality platforms. You’ll be able to launch these downloaded native apps from Hulu, Netflix and Showtime through the Oculus TV app, but that’s more of an organizational improvement than anything else.

Having a dedicated home for 2D video is probably a good call for Oculus, but users will only grow to enjoy it if Facebook can secure partners with content users care about.