Reddit is rolling out its “news” tab into beta, the company announced this week. The expansion follows on Reddit’s initial test of a news-related feature that began this May, when an alpha version shipped to some users of Reddit’s iOS app. At the time, Reddit explained it wanted to give news its own dedicated home on its site in order to make it easier for those with a lot of subreddit subscriptions to find the news without having to hunt around.

To determine what’s newsworthy, Reddit says it first figured out which subreddits were engaging with news the most. It did this by looking at the most-clicked posts by domain in the subreddits. The company came up with a list of around 1,000 domains from media publishers focused on news. This list was used to help it surface those communities where news was regularly discussed.

To be clear, the domain list was only used to find the appropriate subreddits where news was often discussed – it doesn’t mean Reddit is limiting news stories it surfaces to those 1,000 domains. 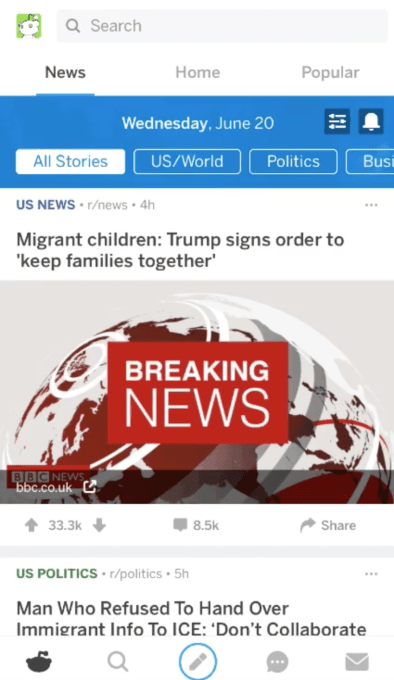 In addition, Reddit has a few other requirements for the communities featured in the News tab. They must have active moderation, abide by Reddit’s content policies and its guidelines for healthy communities, and the community has to require the post title accurately reflects the article title.

The communities included in the News section of Reddit discuss a variety of topics, across business, science, sports, gaming, entertainment, tech news, and more – popular categories across Reddit as a whole. The majority of the posts are link posts, with the exception of some sports news where video is allowed.

The News tab itself then organizes the posts by category, so users can filter the news for themselves. And users can further configure the tab to their own liking. 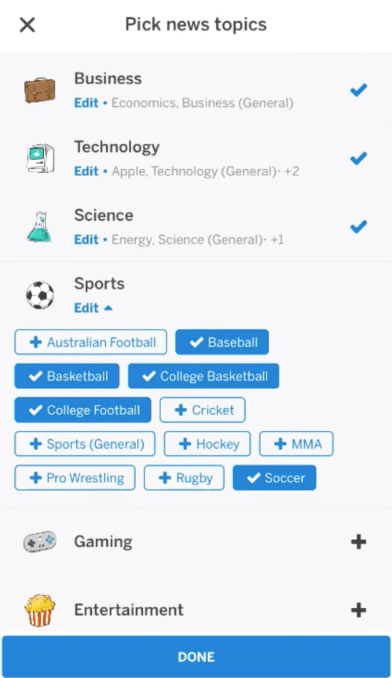 While Reddit users are often known to actually break news by (sometimes unwittingly) being the first to spot things, the News tab is focused on showcasing the work from news publications.

It’s more of a scannable list of top stories with an active comments section. That’s something that you don’t find on a number of news sites these day, as many have removed commenting. Meanwhile, a lot of discussion around the news takes place on social media, like Facebook and Twitter – but it’s not necessarily centralized.

Given that the product is still in beta, Reddit is still listening to user feedback about the new feature.

As you’d expect, there’s a lot of it – from “this is a bad idea” to “can we see the list?” to “this site is such a joke” to “this is actually controlling the bubble” to “this sounds like a sales pitch to someone who has never used Reddit” to this feels like another ‘Facebook’ style change that nobody asked for” to completely unrelated complaints about other issues. 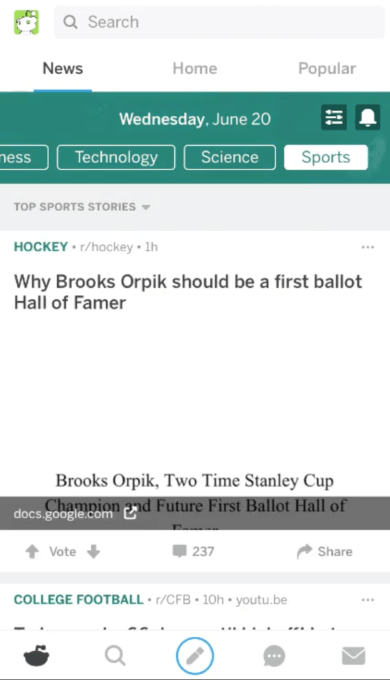 It could be that Reddit is hoping to attract some attention to its app in the wake of Facebook pulling Trending Topics – its news discovery feature – from its social network.

A larger audience of non-Reddit users may now be looking for another way to easily browse news on mobile – so Reddit thinks it may as well filter some of its existing content and pop it into a tab for easy access. But it’s not likely that people will turn to Reddit for news, especially when there are formidable alternatives like Google News and Apple News.

The feature is in beta for the time being. The company has not said when it’s publicly launching.