If you needed to pick a bag to have your back in a street fight, you should probably choose Chrome’s Bravo 2.0.

I tested a version of this pack from the company’s higher-end BLCKCHRM line. The BLCKCHRM version of the Bravo 2.0 replaces the normal pack’s 1050 denier nylon exterior with a slightly rubbery, Navy-grade material called Hypalon, a full-grain leather back panel and a sleek all-black look. The result is as visually impressive as it is brawny. 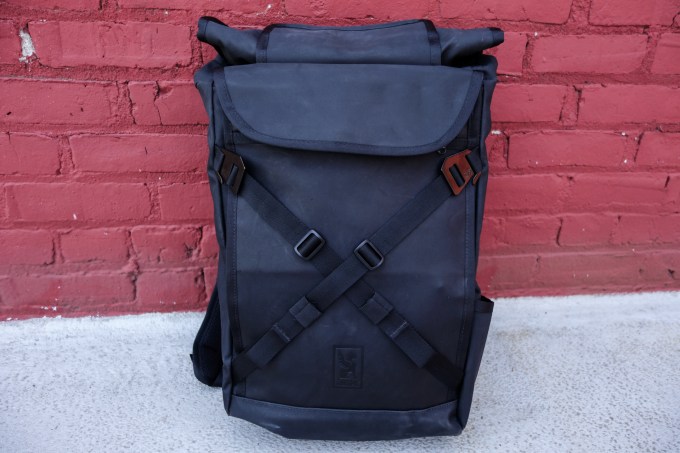 To test the Bravo 2.0, I took it on a trip to Los Angeles that required me to fill every available cubic inch of my luggage with necessary gear. For the Bravo 2.0, that meant clothing that didn’t fit in my checked bag, a 13″ MacBook, a Sony RX-100, some medium-size notebooks, two lenses for my Sony A7S II and all of the other weird odds and ends that usually end up in a carry-on.

Over the course of packing, I figured out a few things. For one, since the Bravo 2.0’s main compartment lacks organization and is a bit hard to see into when opened, it works best if you stuff things into it that you won’t need to access on the go. Another thing I noticed is that beyond its black hole-like interior, the Bravo 2.0’s pockets don’t have a lot of depth, so they’re better suited for flat and rectangular stuff (mobile battery pack, thin books, magazines, a Kindle or iPad) and can’t expand to hold objects of less standard shapes. The material doesn’t have any give at all, but then again, it’s basically indestructible — so no, you can’t have it all. 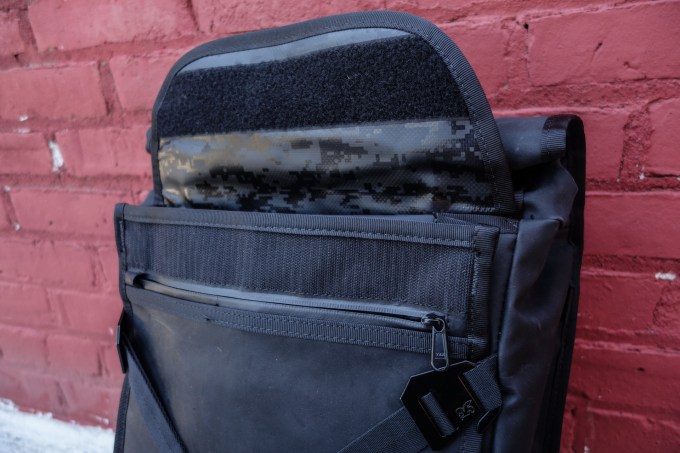 The Bravo 2.0 also includes one external side pocket that seems intended for a water bottle, though mine wasn’t nearly slender enough to fit, rendering the pocket pretty much useless. For laptop storage, Chrome made an interesting choice with this pack. The design requires you to nestle your computer into a slender, flap-protected slot on the outside of the pack rather than in the innermost tarpaulin-lined compartment next to your back. I have TSA Pre so I didn’t have to do the stressful pulling-laptop-out-while-in-line airport thing, but the other times I needed my laptop that external pocket meant that it wasn’t a hassle. Still, it wasn’t quite as convenient as a side-zip dedicated laptop pocket, which remains my preferred way to stash a laptop.

Though at more than three pounds the bag itself is way heavier than what I’m used to carrying (the BLCKCHRM version adds some extra weight, though I’m not sure how much), my carry-on electronics and other valuables felt more snug and secure than they have in almost any other pack I’ve traveled with. Impressively, the Bravo’s weight must have been well-distributed through its fairly wide and flat design because, in spite of my dense packing job, my back never hurt. A screwed-up back is an instant pack disqualifier, but the Bravo 2.0 carried a heavy load admirably. 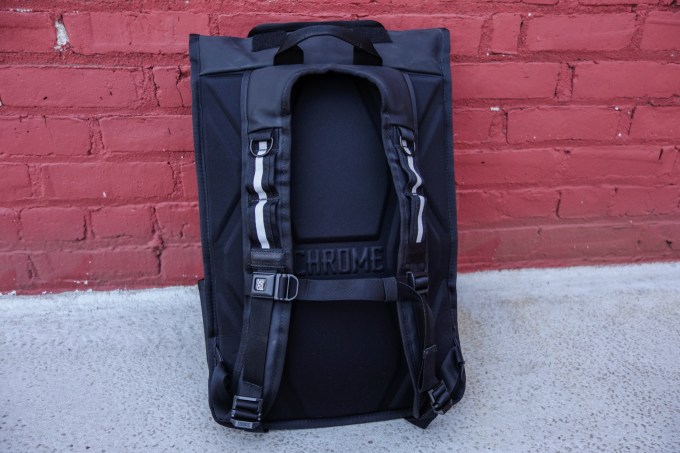 In my travel, I never used the outside cross-buckles for anything, but they did look cool, so there’s that. If you were biking, you could probably get a helmet or whatever else you needed (a jacket or other compressable item) strapped in there if you were willing to fiddle with the little metal hooks, but I wasn’t.

I’m not a fan of velcro securing the main portion of a pack, but the Bravo’s velcro roll top didn’t drive me crazy, though that feat did require thoughtful packing. The pack’s velcro closure would be fine unless you really topped out the amount of stuff in the main compartment, in which case you wouldn’t quite be able to seal the velcro unless you want to rock the open rolltop bike messenger look. In the end, you can just repack your situation more carefully and move on with your life. 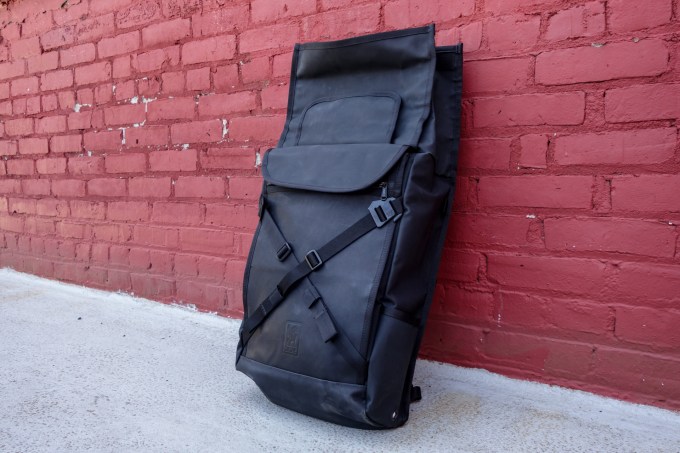 I’ll admit that at 5′ 4″, Chrome’s BLCKCHRM Bravo 2.0 was just too much bag for me, though a taller person would probably feel less dwarfed by its width and overall profile. Still, the pack distributed a full load’s weight well, kept it secure and ultimately made me look kind of badass, like a tactical ninja turtle or an urban prepper or something.

It’s hard to overstate how good-looking this bag is. Like quality leather, the Hypalon breaks in with wear, picking up surface marks that fade into a kind of weathered patina over time. Between that material, the all-black mini Chrome buckle chest strap and central black leather panel, it’s a very sleek, sexy looking bag. Still, for anyone who digs the Bravo 2.0’s vibe but is wary of its heavy construction, the regular edition Bravo 2.0 might be a better choice. But if you like your packs fancy, serious and black on black on black, well, you know what to do. 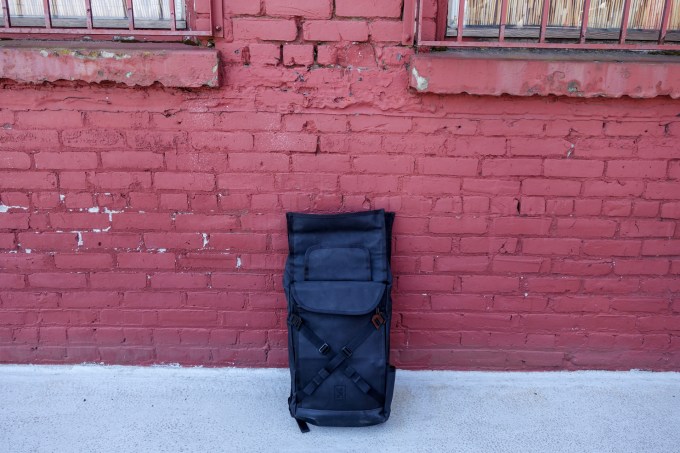 What it is: A stylish, heavy-duty weatherproof rolltop pack with an easy-access laptop sleeve.

What it isn’t: Lightweight or casual.