Apple Maps is experiencing a widespread outage, according to the company’s System Status page. Maps routing, navigation and search are impacted by the outage, which is affecting all users, the page informs. [Update: the problems were resolved at 1:05 PM ET.]

The issues were first noticed by the Apple news site MacRumors, before Apple’s own website confirmed the outage starting at 8:48 AM ET.

The disruption is impacting Apple Maps across platforms, including iPhone, iPad, Mac, Apple Watch and CarPlay. 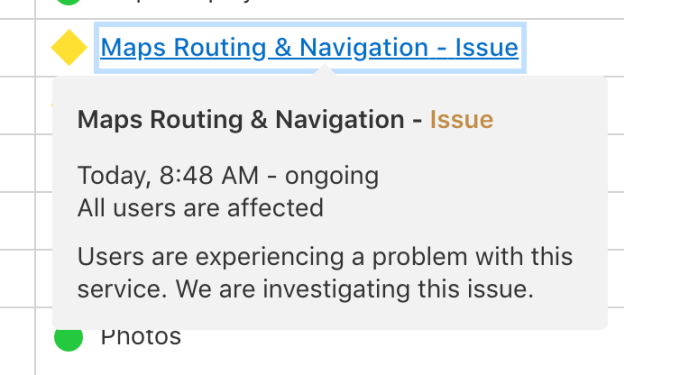 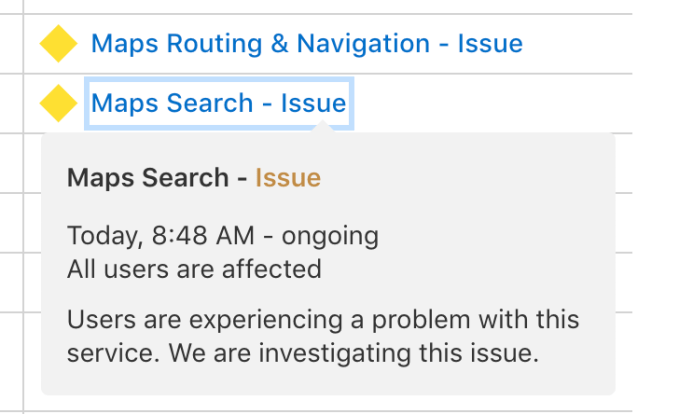 Unfortunately, Apple has only just announced its CarPlay platform would open up to third-party navigation and mapping apps with the release of iOS 12 – but that hasn’t yet come to pass. That means CarPlay users will have to launch a different navigation app on their phone in order to get directions during this outage.

While the Apple Maps user interface will load, when you try to search for a given destination or try to navigate, it gives an error message like “No Results Found” or “Directions Not Available.” Or sometimes, the screen will just continue to read “Loading..” without ever displaying the results, or say “The network connection was lost.” 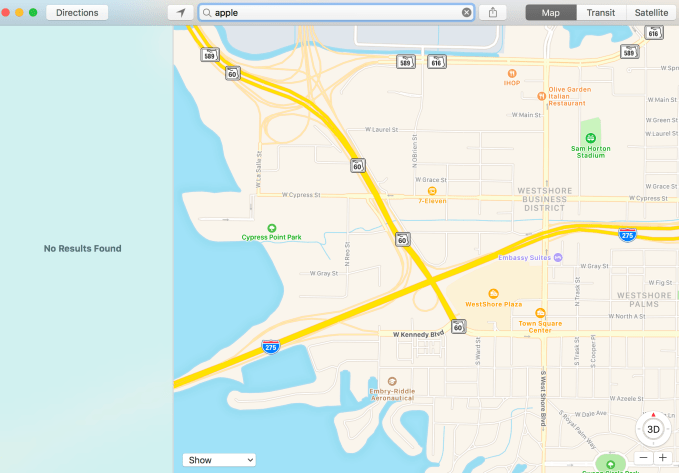 Apple has not said what’s causing the outage or when it expects a fix to be in place. Often, these sort of things are related to data center issues or unstable software updates. Currently, Apple’s System Status page states that Apple is “investigating the issue.”

Reached for comment, an Apple spokesperson pointed TechCrunch to the System Status page but had no other information at this time.

Update: The problems were resolved at 1:05 PM ET according to the status page, but no other information was provided. 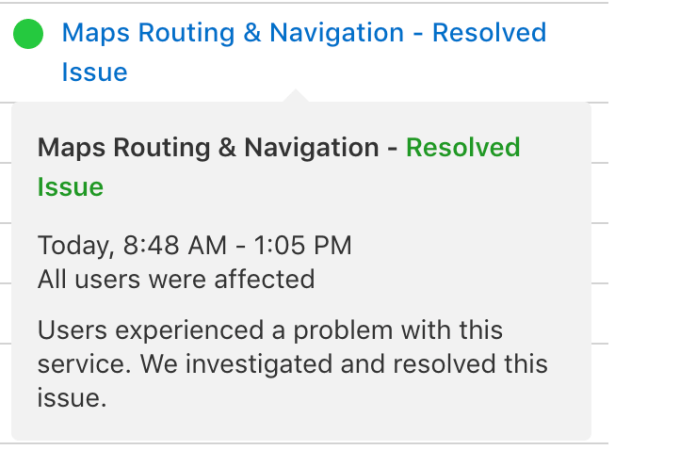