A prominent figure that helped shape Facebook public perception over the course of the last decade is on the way out. In a Facebook post today, Elliot Schrage, vice president of communications and public policy, announced his departure.

Schrage joined the company in 2008 after leaving his position in the same role at Google. He had come under fire over the last year at Facebook for his influence in shaping Facebook’s highly criticized public reaction to a series of scandals that began with the platform’s policies during the 2016 U.S. presidential election. In response to questions about Facebook’s potential unwitting role in influencing the outcome of the election, Mark Zuckerberg famously dismissed such concerns as a “pretty crazy idea.” 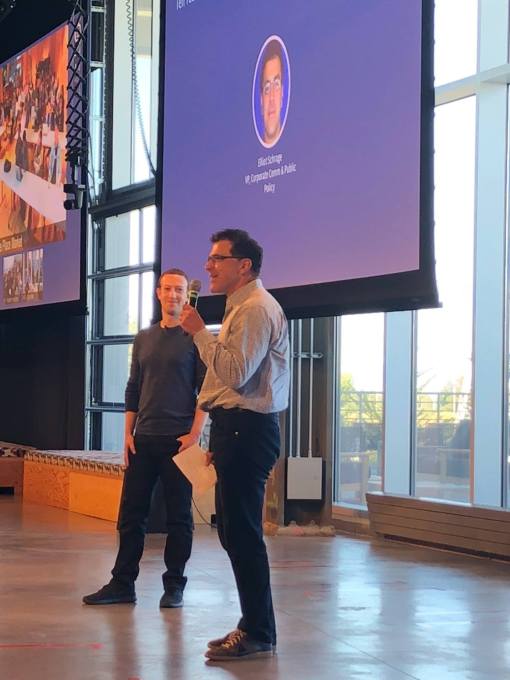 After more than a decade at Facebook, I’ve decided it’s time to start a new chapter in my life. Leading policy and communications for hyper growth technology companies is a joy — but it’s also intense and leaves little room for much else. Mark, Sheryl and I have been discussing this for a while. I’ll lead the search to identify someone new to oversee our communications and policy teams. We expect to find someone with the same passion, integrity, determination and energy that our teams bring to Facebook every day. Mark and Sheryl have asked me to stay to manage the transition and then to stay on as an advisor to help on particular projects – and I’m happy to help.

Earlier this week, Schrage reportedly apologized for comments made in response to questions from Arjuna Capital Managing Partner Natasha Lamb during an investor meeting. Lamb inquired about Facebook’s plans to correct its gender pay gap among other uncomfortable lines of questioning for the company. Schrage reportedly told Lamb that the company would not answer her questions because she was “not nice.” It’s not clear if that event influenced the timing of Schrage’s departure.