Panda has built the next silly social feature Snapchat and Instagram will want to steal. Today the startup launches its video messaging app that fills the screen with augmented reality effects based on the words you speak. Say “Want to get pizza?” and a 3D pizza slice hovers by your mouth. Say “I wear my sunglasses at night” and suddenly you’re wearing AR shades with a moon hung above your head. Instead of being distracted by having to pick effects out of a menu, they appear in real-time as you chat.

Panda is surprising and delightful. It’s also a bit janky, created by a five person team with under $1 million in funding. Building a video chat app user base from scratch amidst all the competition will be a struggle. But even if Panda isn’t the app to popularize the idea, it’s invented a smart way to enhance visual communication that blends into our natural behavior. 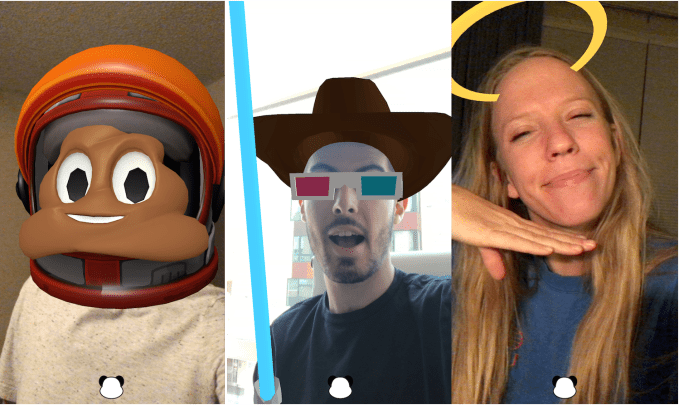 It all started with a trippy vision. Panda’s 18-year-old founder Daniel Singer had built a few failed apps and was working as a product manager at peer-to-peer therapy startup Sensay in LA. When Alaska Airlines bought Virgin, Singer scored a free flight and came to see his buddy Arjun Sethi, an investor at Social Capital in SF. That’s when suddenly “I’m hallucinating that as I’m talking the things I’m saying should appear” he tells me. Sethi dug the idea and agreed to fund a project to build it. 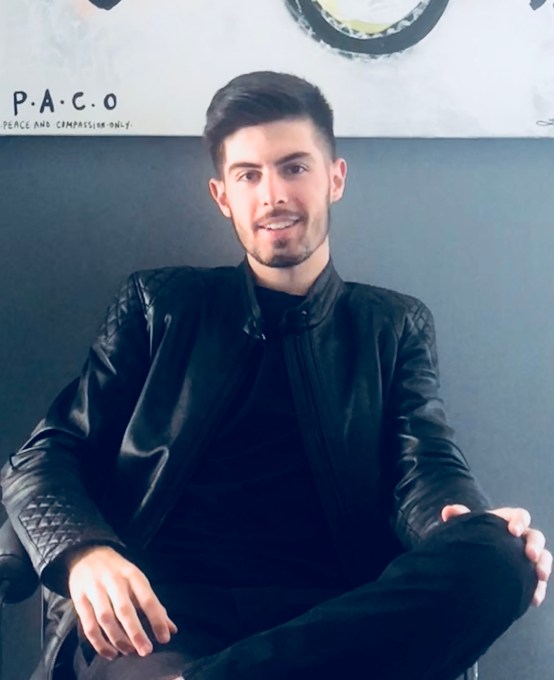 Meanwhile, Singer had spent the last 6 years FaceTiming almost every day. He loved telling stories with his closest friends, yet Apple’s video chat protocol had fallen behind Snapchat and Instagram when it came to creative tools. So a year ago he raised $850,000 from Social Capital and Shrug Capital plus angels like Cyan (Banister) and Secret’s David Byttow. Singer set out to build Panda to combine FaceTime’s live chat with Snapchat’s visual flare triggered by voice.

But it turns out, “video chat is hard” he admits. So his small team settled for letting users send 10-second-max asynchronous video messages. Panda’s iOS app launched today with about 200 different voice activated stickers from footballs to sleepy Zzzzzs to a “&’%!#” censorship bar that covers your mouth when you swear. Tap them and they disappear, and soon you’ll be able to reposition them. As you trigger the effects for the first time, they go into a trophy case that gamifies voice experimentation.

Panda is fun to play around with yourself even if you aren’t actively messaging friends, which is reminiscent of how teens play with Snapchat face filters without always posting the results. The speech recognition effects will make a lot more sense if Panda can eventually succeed at solving the live video chat tech challenge. One day Singer imagines Panda making money by selling cosmetic effects that make you more attractive or fashionable, or offering sponsored effects so when you say “gym”, the headband that appears on you is Nike branded.

Unfortunately, the app can be a bit buggy and effects don’t always trigger, fooling you that you aren’t saying the right words. And it could be tough convincing buddies to download another messaging app, let alone turn it into a regular habit. Apple is also adding a slew of Memoji personalized avatars and other effects to FaceTime in its upcoming iOS 12.

Panda does advance one of technology’s fundamental pursuits: taking the fuzzy ideas in your head and translating them into meaning for others in clearer ways than just words can offer. It’s the next wave of visual communication that doesn’t require you to break from the conversation.

When I ask why other apps couldn’t just copy the speech stickers, Singer insisted “This has to be voice native.” I firmly disagree, and can easily imagine his whole app becoming just a single filter in Snapchat and Instagram Stories. He eventually acquiesced that “It’s a new reality that bits and pieces of consumer technology get traded around. I wouldn’t be surprised if others think it’s a good idea.” 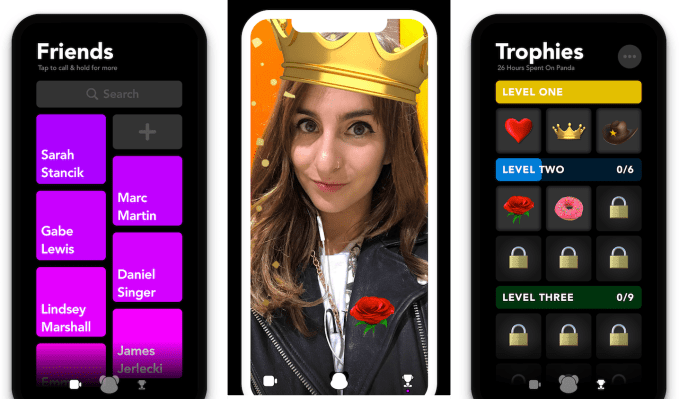 It’s an uphill battle trying to disrupt today’s social giants, who are quick to seize on any idea that gives them an edge. Facebook rationalizes stealing other apps’ features by prioritizing whatever will engage its billions of users over the pride of its designers. Startups like Panda are effectively becoming outsourced R&D departments.

Still, Panda pledges to forge on (though it might be wise to take a buyout offer). Singer gets that his app won’t cure cancer or “make the world a better place” as HBO’s Silicon Valley has lampooned. “We’re going to make really fun stuff and make them laugh and smile and experience human emotion” he concludes. “At the end of the day, I don’t think there’s anything wrong with building entertainment and delight.”