The company’s Animoji feature was one of the big highlights of the iPhone X reveal in September. The goofy cartoon pigs and chickens utilized the phone’s new front-facing camera array to track a user’s face and deliver recorded messages in a fun way.

Since the initial launch, the company has added a few more characters to the animated repertoire; today is the first big change in how they look and operate.

The company announced today it was adding ghost, koala, tiger and t-rex Animojis (with tongue tracking!), but more interestingly the company added Memoji, a custom Animoji tool that allows users to build their own more similar to the feature on Samsung’s Galaxy S9.

You’ll be able to customize your face to an almost startling amount of detail, changing a lot more than just hair styles, allowing users to dial in an intense amount of detail.

It’s set up a lot like Bitmoji but takes the magic of Animoji live face-tracking to deliver some very fun and diverse experiences that can live in messages or can be directly transposed on your face through the camera app. 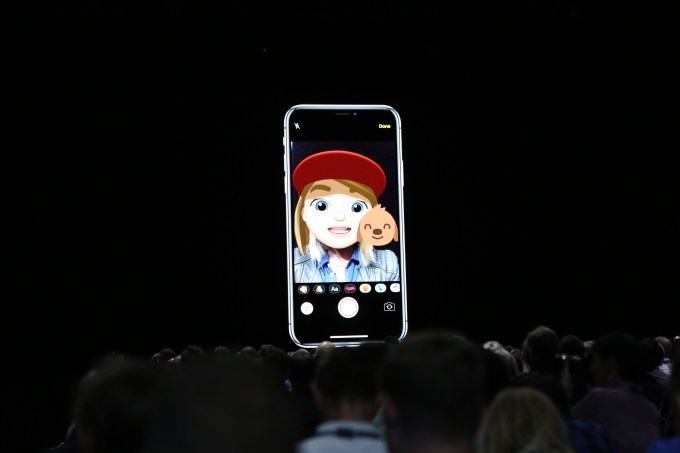