In earlier years, fitness gurus would market their programs for getting in shape on VHS tapes and, later, DVDs. These days, it’s an app business. At Apple’s Worldwide Developer Conference this week in San Jose, the company brought in one of the fitness app industry’s superstars, Kayla Itsines, co-creator of the BBG (Bikini Body Guides) and the Sweat app — which will pull in $77 million USD this year — to lead a morning workout for around 200 conference attendees.

For Apple, Kayla’s brand represents not only a good App Store success story, but also spreads the message of how its own products, like iPhone and Apple Watch, enable access to better health through their platforms.

From e-books to apps

Kayla’s fitness company was started several years ago by two personal trainers — herself and business partner Tobi Pearce. Both were using social media, including Instagram, to drive leads for their own PT sessions and bootcamps.

But Itsines’ online profile really took off and soon, people from all over the world wanted to know how they could train like her and get the same results. 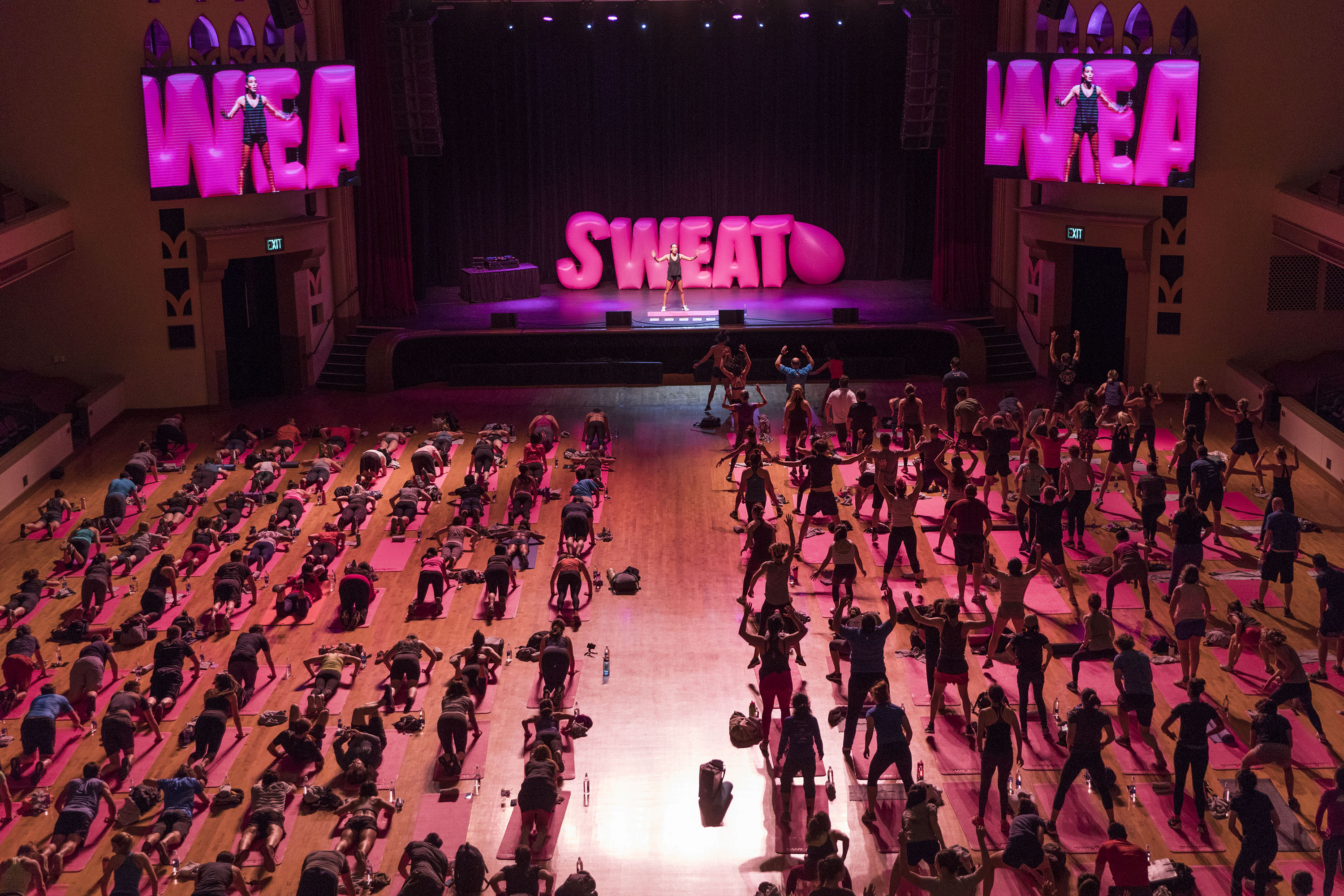 So the trainers packaged up her program materials and sold it as an e-book online starting in early 2014. Over the next year or so, the business grew, as they distributed more e-books and a broader content series.

But Kayla and Tobi wanted to reach even more people, so they turned to the App Store.

“That’s where our customers are,” said Tobi, speaking of the company’s decision to launch a mobile app, in a conversation with TechCrunch backstage at the WWDC fitness event.

“We have mostly millennial consumers — 25 to 35 is our main market,” he continues. “Part of being a personal trainer is that you get to be there — personally — and train people in real time. Now, obviously, you can’t do that for every person in the world, and an e-book can’t do that. But Apple allowed us to do that,” he says. “The Apple ecosystem is kind of a no-brainer.” 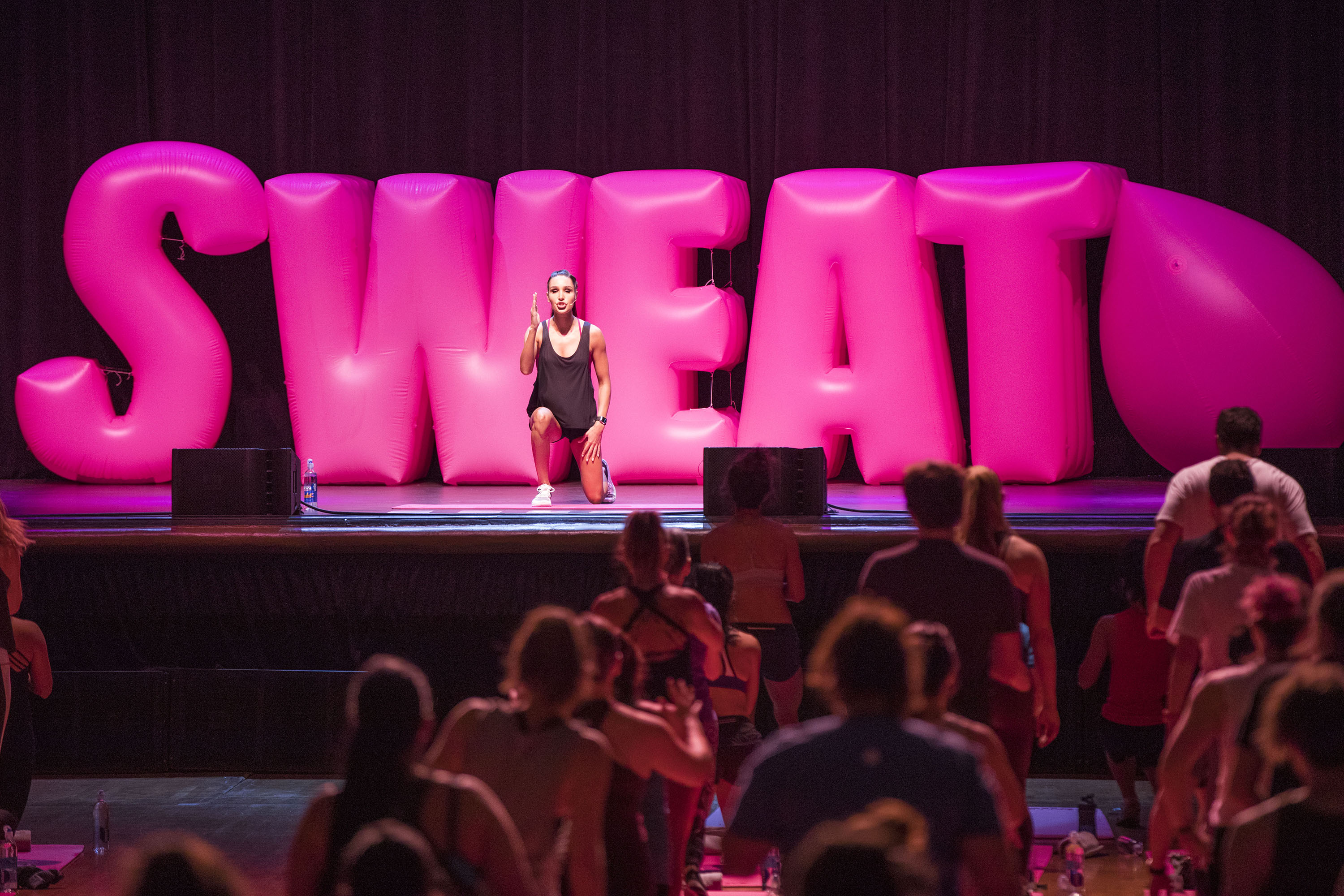 The team launched the Sweat app in November 2015, but it got a big refresh — almost a full relaunch — early last year, with three to four times the amount of content.

Today, the Sweat app is a one-stop shop for fitness programs for women, featuring not only Kayla’s own content, but other trainers’ programs as well, across areas like yoga, pregnancy and gym workouts, for example.

Subscribers pay $19.99 per month to use the Sweat app, which is cheaper than the gym, or they can opt for an annual membership to save 50 percent.

However, not all of Sweat’s users are turning to the app instead of the gym — can also can be a companion for those who want the assistance of a personal trainer in a gym environment, but don’t want to pay the hundreds of dollars they tend to charge.

And thanks to team Kayla’s social media savvy and the team’s marketing prowess, they’ve built a community that’s happy to pay, it seems.

These days “well over a million” people use the app on a monthly basis, out of 30 million total app downloads, Tobi tells TechCrunch. And though the company’s now 70-person team is largely based in Australia, the U.S. is Sweat’s largest market.

“Since re-launching [the Sweat app], we had a really big growth year — we grew about 86 percent last year, which is pretty huge for us. And this year, we’re on track to hit about $100 million in revenue this year — that’s AUD,” Tobi clarifies.

In U.S. dollars, that’s around $76.75 million — not bad for a fitness app that never took in outside capital.

“When we first started doing the e-books, I had a few bootcamp franchises of my own, and Kayla had a small studio that she ran…I put up most of my own money, initially,” Tobi explains. “It was sort of big turning point in both of our careers because we could — you know: the Australian dream, buy your own home — or we could invest a hundred thousand dollars and hope something comes out of it.” 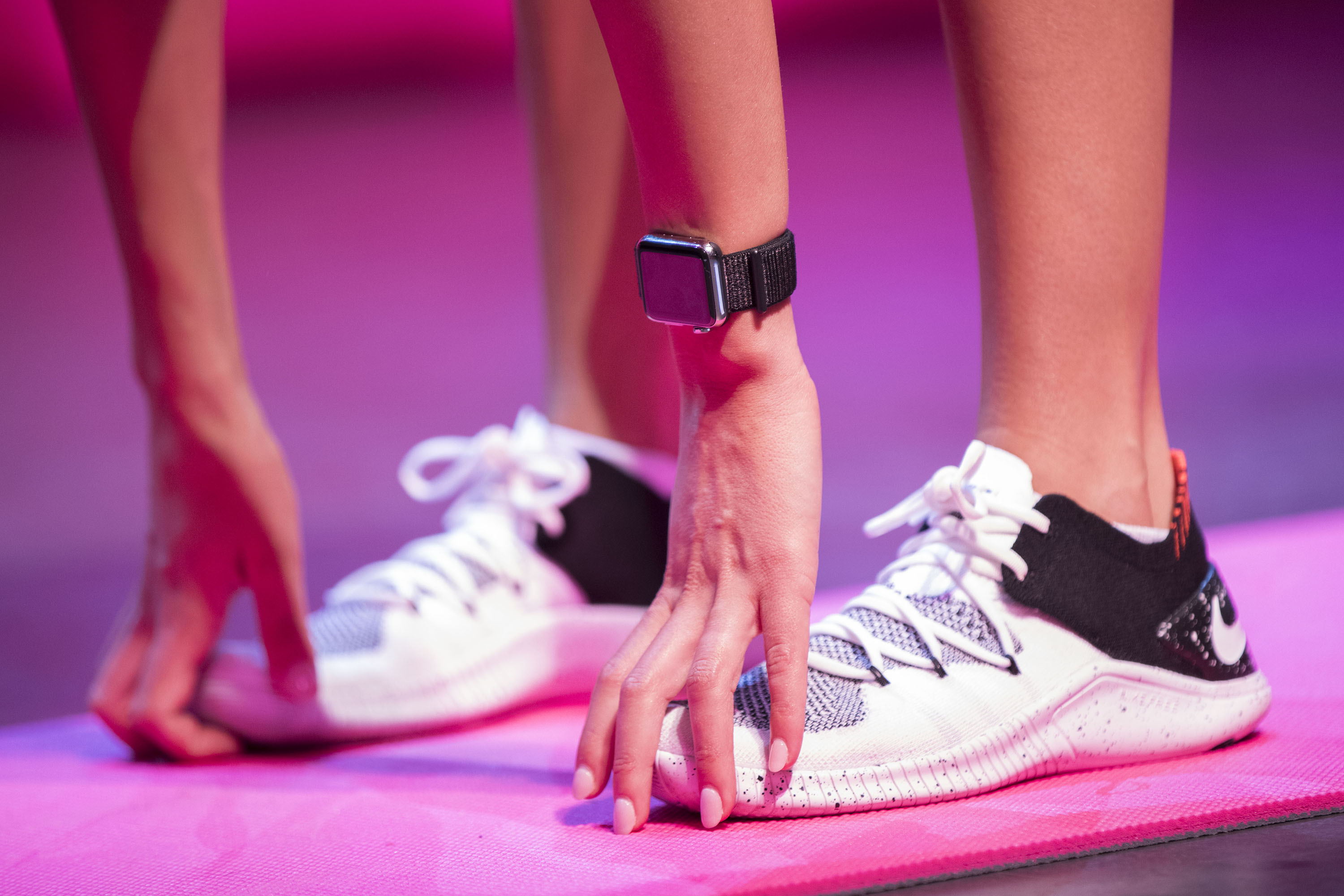 Part of the Sweat app’s appeal — beyond its promised results, of course — is its use of new technologies to keep people engaged.

The current app leverages Apple Watch’s visual interface to give video cues, and it added audio cues to the iOS app so the trainers can talk to you as you work out — much like an in-person trainer would. (That feature is coming to the Watch soon, so more advanced users who don’t need the videos can just listen through their headphones or AirPods to hear what to do next.)

Sweat also includes its own curated music playlist streamed through Apple Music, and, in the future, the Sweat program is expanding to Apple TV.

Tobi says they have plans to do something with augmented reality as well, but couldn’t offer more details. 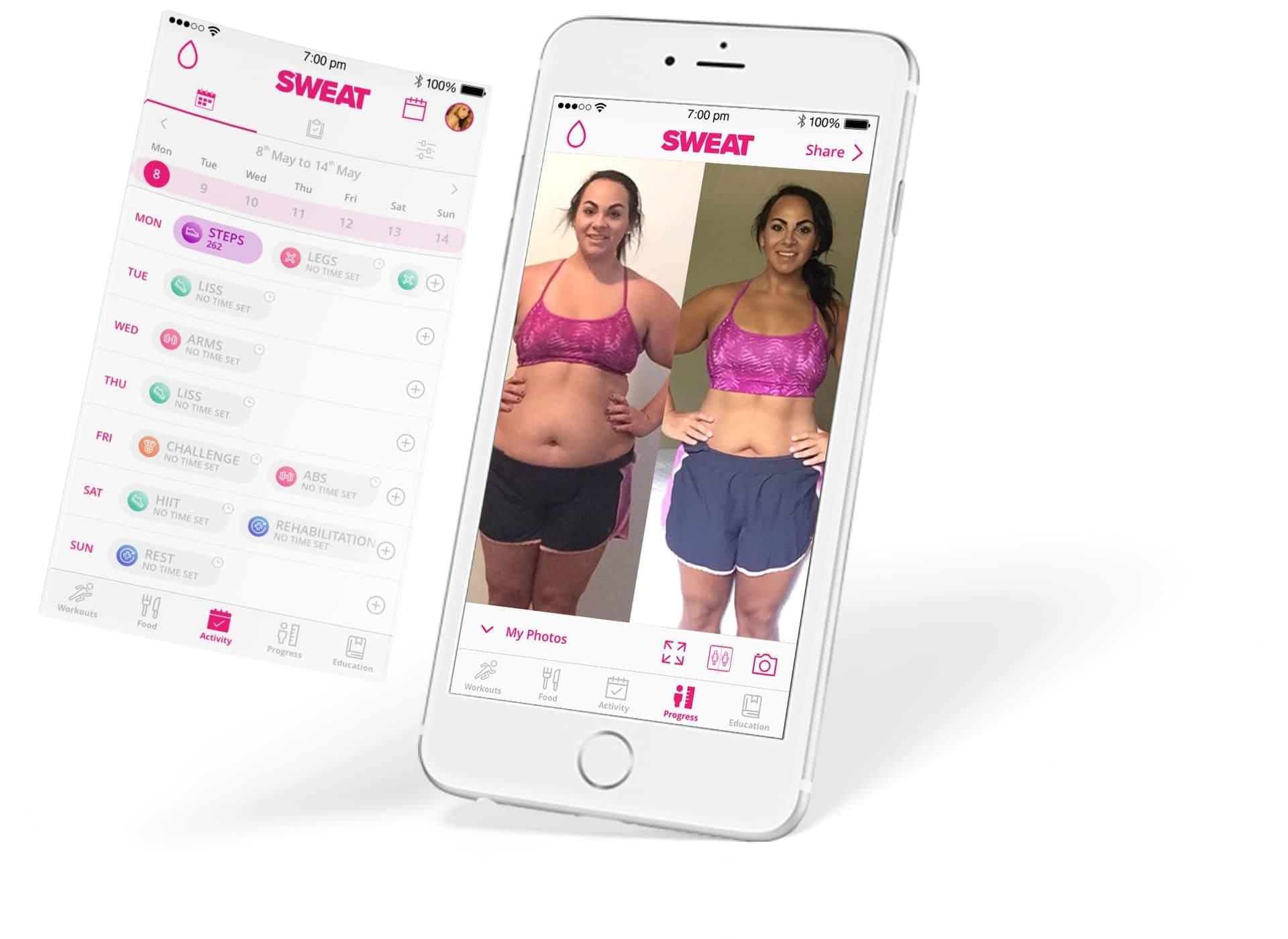 “I’m not too sure yet [what we’re doing with AR], I guess we’re kind of curious,” he admits. “It’s almost part of our responsibility and obligation. We’re a market leader for women’s fitness, and if we want to continue to be that, we want to have the best technologies,” he says.

While Sweat isn’t in need of outside investment, the team isn’t ruling out the idea entirely.

“I don’t necessarily think it would be a bad idea. I think, obviously, for all businesses at any stage — whether it be really early on with venture capital, or whether it be a different type of funding later in the life cycle of the business — I think it always serves a purpose, honestly,” says Tobi.

“Now we’re in the cycle of trying to optimize the experience to get the best results for the user — whether it be content or features or whatever. Having a funding partner — not so much necessarily just for the capital, but also for the resources and the network — would be really handy,” he says.