In addition, Hulu has hired two new executives to help it with its goals: CTO Dan Phillips, previously of TiVo, and Jaya Kolhatkar of Walmart Labs, who will claim the newly-created Chief Data Officer role.

Phillips had previously led TiVo’s engineering, product and professional services workforce of more than 1,000 members, and helped TiVo shift its business from being known only as a DVR maker, to a cloud services provider as well. He also previously worked at Uniscape, Crossworlds Software, and co-founded enterprise software company Metasystems, Inc.

Hulu’s Santa Monica, Seattle, Marin, and Beijing teams will report to Phillips, who’s based in Santa Monica, on his first day, June 4.

Meanwhile, Jaya Kolhatkar, previously Senior Vice President, Global Data and Analytics Platform for Walmart Inc., is being appointed to the newly created executive management role of Chief Data Officer, which reports directly to CEO Randy Freer. She will also be based in Santa Monica as of July 2.

At Hulu, Kolhatkar will now be responsible for all Hulu’s data decisions, including customer intelligence and data governance, and will help Hulu make data-driven business decisions.

The “Subscriber Journey” priority – meaning everything from user acquisition to viewer experience and research – will be a focus for an expanded marketing organization, led by CMO Kelly Campbell, a Google marketing vet who joined Hulu last year.

Smith had led the somewhat controversial revamp of the Hulu’s app, which saw the company retroactively responding to consumer complaints about the layout and organization of items in its user interface. It later rolled out updates to address some of these concerns, like a grid guide for live TV, for example. 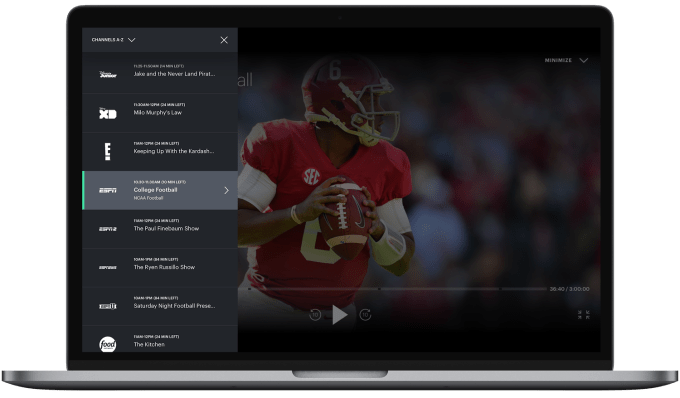 The Content organization is also being re-organized into two groups, one focused on acquired on-demand and live content partners and another on Hulu Originals. Senior Vice President of Content, Craig Erwich, who will report to Freer, will run the Originals side.

“Ben, Tim and Joel have all played a significant role in getting Hulu to the strong position it is in today. They will forever be a part of Hulu’s success story, and we wish them the very best in their next endeavors,” said Freer.

The combination of live TV and subscription video on demand (SVOD) content licensing, acquisition and business functions, into a single organization reflects Hulu’s interest in making more unified deals with content providers, instead of addressing all live TV and SVOD content separately.

Hulu says it will also bring more premium add-ons to its service as a result. (It currently carries HBO, Cinemax, and Showtime.)

This is the first major change to Hulu’s operations since Freer joined as CEO in October, replacing Mike Hopkins. It indicates a desire at Hulu to grow its business into even more of a major player, beyond the 20 million total subscribers it has today.

The company has benefitted from the increased exposure provided by its Emmy winning The Handmaid’s Tale, but has largely failed to establish itself as a truly viable competitor to Netflix, in terms of originals. Stillerman, who was president of originals at AMC and Sundance TV, had helped developed The Walking Dead, and its spinoff, and the Breaking Bad prequel Better Call Saul. But Hulu hasn’t had a series of its own hits of that scale.

The changes also come as the future of Hulu seems uncertain. With Disney’s proposal to acquire Fox’s TV and movie business, it would also gain its 30 percent stake in Hulu. Combined with its own existing stake, Disney would become a majority owner – that could be a concern for Hulu’s other shareholders NBCU and Time Warner. And Disney is launching a Hulu / Netflix rival of its own in 2019, muddying the waters even further.

“As one of today’s top direct-to-consumer entertainment brands, led by technology, innovation and data, Hulu has an enormous opportunity to lead the media and advertising industries into the future,” said Freer, in a statement. “By adding new expertise and capabilities to our executive ranks and creating greater alignment around our customers, we are positioning Hulu to grow more rapidly, innovate more quickly and connect consumers even more deeply with the content they love.”