The company today took the wraps off Yandex.Plus, a service modelled on Amazon Prime that gives users a number of perks for a monthly fee — 169 roubles/month, or about $2.75. On top of that, the company is making its first foray into hardware with a new, $160 smart speaker, Yandex.Station, and a new skills platform, called Yandex.Dialogues, for the Russian-speaking intelligent assistant it unveiled last year, called Alice.

The Station speaker and Plus will be available only in Russia, and the three were all unveiled in Moscow at the company’s annual what’s-new event, which it calls Yet Another Conference.

Plus, which is available now, features include access to streaming service Yandex.Music; storage service Yandex.Disc; discounts for Yandex.Taxi (its Uber-like transportation service, which has partly acquired Uber’s Russian assets and now runs it in a JV); free deliveries and early access to Yandex.Market (an e-commerce marketplace that is in beta); film and TV streaming through its video service KinoPoisk; and expedited services and discounts for Yandex.Drive, its car-sharing service.

(Yandex.Drive’s landing page underscores just how Anglicised the Russian language has become in all things tech, and tech-related: Its big lettering proclaims “Каршеринг” — the Russian transliteration for “Car sharing.”)

The Station speaker, which will go on sale later this summer. was a much-rumored work in progress for the company after it first announced Alice last year.

The new product comes at an important time for Yandex on two fronts: competition from other tech companies across all its services, and specifically competition in its core business of search.

While Amazon with its Echo, Google with its Home device and Apple with its own HomePod all have ambitions to make their own smart speaker plays as international as possible, none of them have to date entered the Russian market, meaning that Yandex has a window of opportunity to build up its own customer base and ecosystem in this area ahead of any of them moving in.

Indeed, that has partly been the company’s strategy from day one. Yandex Search, the company’s first and original (and still core) product launched and gained market share at a time when search engines outside the country either didn’t search in Russian or simply did it poorly.

But with the progress of time, other search engines have started to work much better in the country, and so while Yandex is currently number-one, its market share has slowly eroded to Google — today Yandex has around a 53 percent share to Google’s 43 percent, after a much wider gap years ago. This means also an erosion of the company’s revenues from search, and this, too, is partly also why Yandex has expanded into other market segments, including the ones being announced today: in order to diversify. 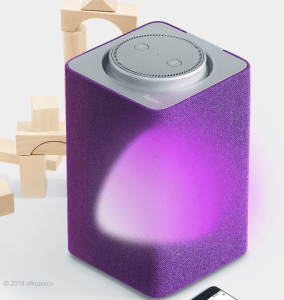 Yandex is quick to point out that Station is not just another “me-too” product, though.

Station, it says, “is the first smart speaker to incorporate a full video streaming experience” by way of an HDMI output that users can link up to a screen, and then ask Alice to search for and playback videos, movies and television shows Yandex’s own KinoPoisk, ivi and Amediateka (which streams HBO in Russia) and others.

It also works with other music streaming devices via Bluetooth, Yandex says, and has all the basic features that have quickly become the norm with smart speakers: users can set alarms, listen to music, news and weather, and use the Station as a diversion for children, with story telling and other features.

As for Dialogues, the service was in beta testing for three months before now, and the idea is very similar to the skills that can be created for Amazon’s Alexa. Developers of third-party apps can integrate them into Alice so that people can use those apps with a voice interface, and also when using Alice to call up information or order things. 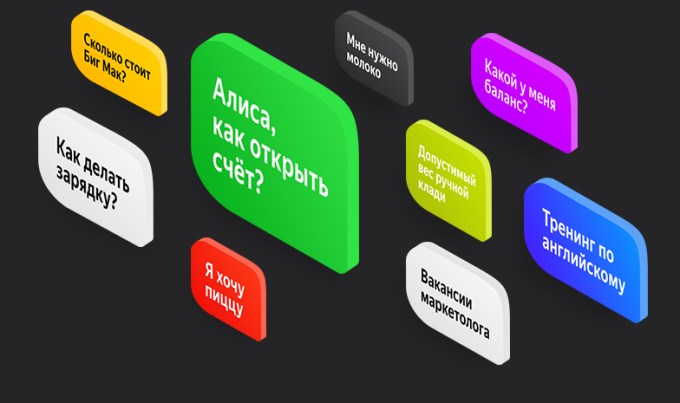 To sweeten the deal, Yandex says that the Dialogues interface will also make results discoverable through Yandex’s text-base search results, too.

Yandex, operating inside of Russia, has always had a much less confrontational relationship with the government than other companies when it comes to how information is stored and potentially accessed by the state. But considering the moves that some of its fellow Russian companies have made, as Yandex continues to move deeper into a wider range of services, it will be interesting to see how and if its position continues to remain this way.