I had a great time last year with Sony’s catchily named DPT-RP1, an e-paper tablet that’s perfect for reading PDFs and other big documents, but one of my main issues was simply how big the thing is. Light and thin but 13 inches across, the tablet was just unwieldy. Heeding (I assume) my advice, Sony is putting out a smaller version and I can’t wait to try it out.

At the time, I was comparing the RP1 with the reMarkable, a crowdfunded rival that offers fantastic writing ability but isn’t without its flaws. Watch this great video I made:

The 10-inch DPT-CP1 has a couple small differences from its larger sibling. The screen has a slightly lower resolution but should be the same PPI — it’s more of a cutout of the original screen than a miniaturization. And it’s considerably lighter: 240 grams to the 13-inch version’s 350. Considering the latter already felt almost alarmingly light, this one probably feels like it’ll float out of your hands and enter orbit. 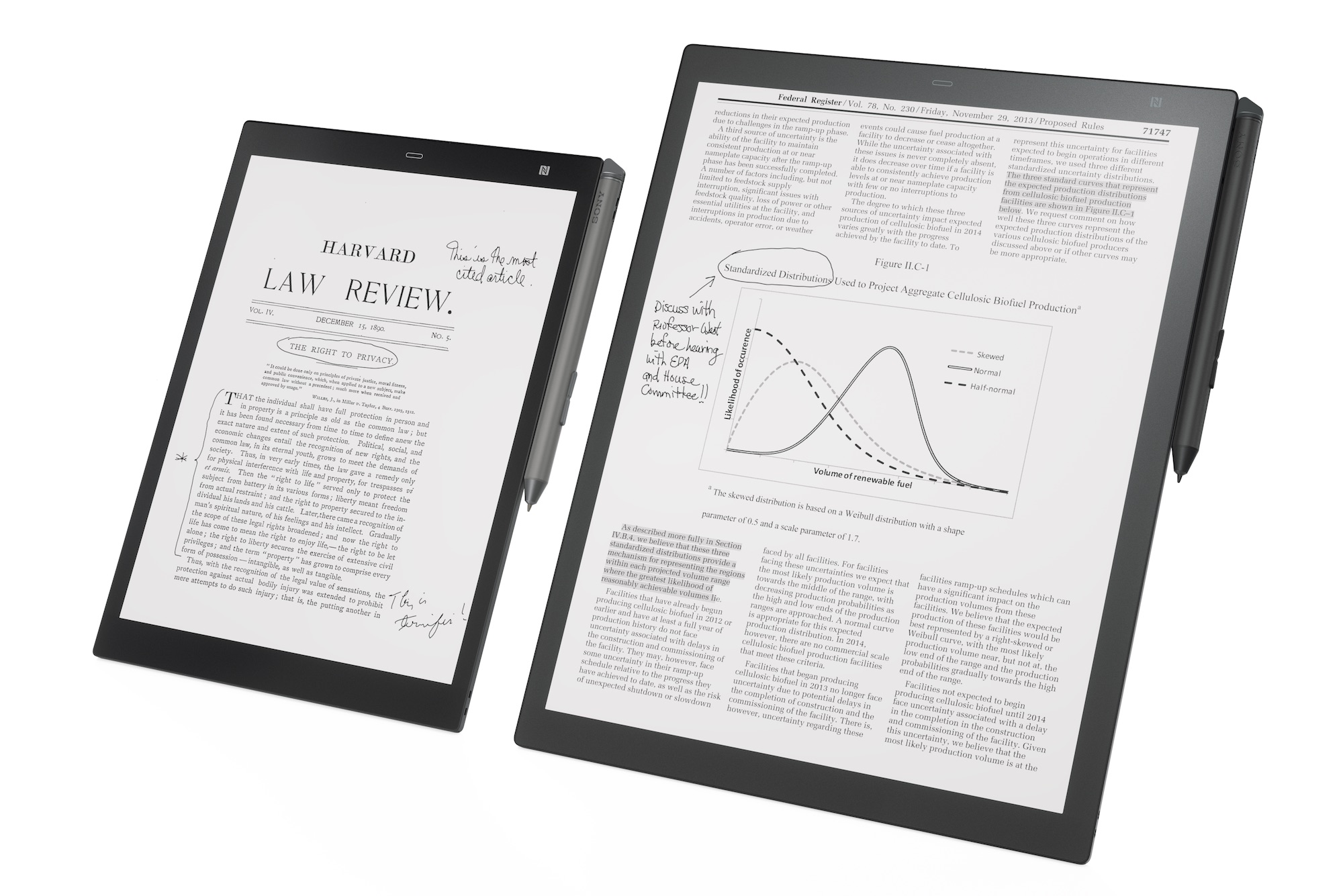 More important are the software changes. There’s a new mobile app for iOS and Android that should make loading and sharing documents easier. A new screen-sharing mode sounds handy but a little cumbrous — you have to plug it into a PC and then plug the PC into a display. And PDF handling has been improved so that you can jump to pages, zoom and pan and scan through thumbnails more easily. Limited interaction (think checkboxes) is also possible.

There’s nothing that addresses my main issue with both the RP1 and the reMarkable: that it’s a pain to do anything substantial on the devices, such as edit or highlight in a document, and if you do, it’s a pain to bring that work into other environments.

So for now it looks like the Digital Paper series will remain mostly focused on consuming content rather than creating or modifying it. That’s fine — I loved reading stuff on the device, and mainly just wished it were a bit smaller. Now that Sony has granted that wish, it can get to work on the rest.