Comcast today is officially launching its own Wi-Fi extender devices called xFi Pods that help to address problems with weak Wi-Fi signals in parts of a customer’s home due to things like the use of building materials that disrupt signals, or even just the home’s design. The launch follows Comcast’s announcement last year that it was investing in the mesh router maker Plume, which offers plug-in “pods” that help extend Wi-Fi signals.

The company said that it would launch its own xFi pods that pair with Comcast’s gateways to its own customers as a result of that deal.

Those pods were initially available in select markets, including Boston, Chicago and Denver, ahead of today’s nationwide launch.

The pods themselves are hexagon-shaped devices that plug in to any electrical outlet in the home, and then pair with Comcast’s xFi Wireless Gateway or the xFi Advanced Gateway to help Wi-Fi signals extend to the hard-to-reach areas of the home. 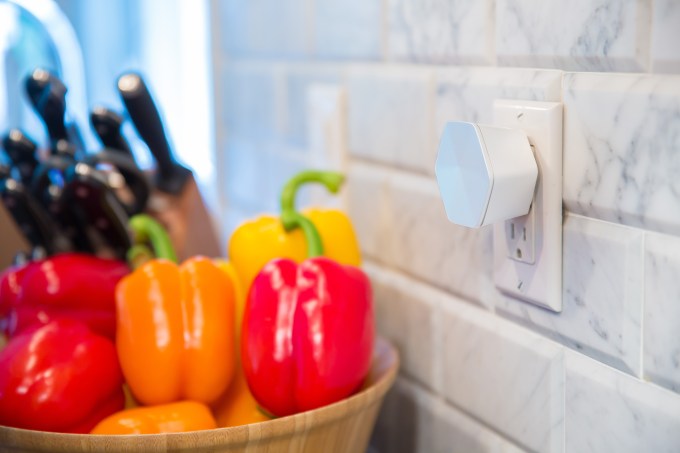 The pods work with the Comcast Gateways to continuously monitor and optimize the Wi-Fi connections, Comcast explains, while its cloud-based management service evaluates the home’s Wi-Fi environment to make sure all the connected devices are using the best signal bands and Wi-Fi channels. Plus, the devices are smart enough to self-monitor their own performance, diagnose issues and “heal” themselves, as needed, says Comcast.

However, early reviews of Plume’s pods were mixed. CNET said the system was slow and the pods were too expensive, for example. But Engadget found the system had the lowest latency, compared with competitors, and helped devices roam more easily and accurately.

Comcast has addressed some of the earlier complaints. The pods are now much more affordable, for starters. While they’ve been selling on the Plume website for $329 for a six-pack, Comcast’s six-pack is $199. A three-pack is also available for $119, instead of the $179 when bought directly from Plume.

More importantly, perhaps, is that Comcast’s system is different from the pods featured in earlier reviews.

While Plume technology is a component of the new pods, they are not Plume devices, Comcast tells TechCrunch. Instead, Comcast licensed the Plume technology, then reconfigured some aspects of it in order to integrate xFi. It also designed its own pods in-house.

In addition, Comcast’s engineers developed new firmware and new software in-house to make it easy to pair the pods with a Comcast Gateway. 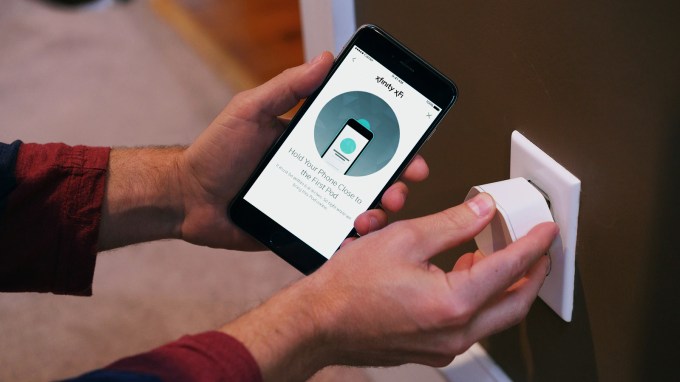 The Comcast xFi pods can be bought from its own website, the xFi app and in some Xfinity retail stores.

The xFi app (for iOS and Android) is also how customers can manage and view the connection status of the pods.

Comcast says it will make buying pods even easier later this year by offering a monthly payment plan.

The company has been upgrading its Wi-Fi offering in recent months as a means of staying competitive. Last year it launched the Xfinity xFi platform to help customers better manage their home Wi-Fi network with features like device monitoring, troubleshooting, “bedtime” schedules for families, internet pause and other parental controls.

Comcast declined to say how many pods were sold in its first trial markets, only that the response so far has been positive and boosted the company’s Net Promoter Score as a result.