On a day-to-day level, Holden was not that heavily involved. Manik Gupta, for example, is in charge of product, maps and marketplace at the VP level. There was also Uber Head of Product Daniel Graf, who left the company in March but was quickly replaced by former Amazon Alexa shopping lead Assaf Ronen.

Holden, instead, was more of a big-picture kind of executive, which entailed him taking ownership over Uber Elevate. Under his leadership, Uber brought on the CEO of flying taxi startup Zee Aero, Eric Allison. 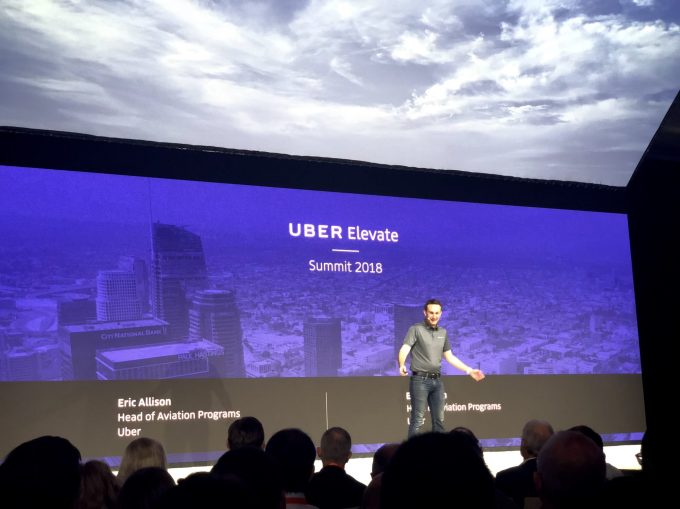 “As demonstrated by last week’s Uber Elevate Summit, we’re incredibly bullish on the future of aerial ridesharing,” an Uber spokesperson said in a statement to TechCrunch. “Under the leadership of Eric Allison, the Elevate team is set up for success and will continue to chart the course for this growing industry.”

But it’s worth pointing out that Holden had a lengthy conversation with Federal Aviation Administration Acting Administrator Dan Elwell about regulation for uberAIR, the company’s upcoming aerial taxi service. That was just last week at Uber Elevate, the company’s two-day summit on aerial transportation. It seems odd that Holden was tasked with leading a conversation with the head of the FAA regarding what will arguably be the biggest hurdle uberAIR will face: regulation.

Prior to joining Uber, Holden served as Groupon’s senior vice president. It’s not clear what Holden’s next move is, but a source says Holden is pursuing another opportunity somewhere.