Uber’s flying taxis are taking off, as the transportation upstart looks for new ways to shorten trips made long because of distance or traffic congestion. Flying cars were once nearly the exclusive domain of tech aphorisms (“You promised us flying cars, but instead we have x.”), but now they are actually being put into gear in the form of electric vertical take-off and landing (eVTOL) vehicles. Over the last couple of days at the Uber Elevate summit in Los Angeles, the company further laid out its own ambitious plans to develop and commercially deploy air taxis by 2023.

Uber CEO Dara Khosrowshahi, who has been at the helm for less than one year, admitted he wasn’t initially 100 percent on board for Elevate, he said at the Uber Elevate Summit. It took a couple of sessions and some reviews of the math for him to be sold on it, he said.

“For me the aha moment came when I started understanding that Uber isn’t just about cars,” Khosrowshahi said. “Ultimately, where we want to go is about urban mobility and urban transport, and being a solution for the cities in which we operate.”

Uber Elevate is Uber’s all-encompassing term for its initiative to launch uberAIR, which is the its aerial electric ride-hailing service, as well as any other initiatives (think food delivery) that may benefit from air transport. Once Uber’s vision is fully implemented, Uber says the service will be cheaper than the cost of owning a car, on a per-passenger, per-mile basis, as well as autonomous. At launch, however, pilots will be required.

In the U.S., Uber is aiming to launch first in the Dallas-Fort Worth and Frisco, Texas, areas and LA. Last year, Uber said it would also aim to start testing in Dubai by 2020, but that’s no longer the case. Instead, Uber now has an open call out to interested international cities to describe the clear need for aerial transit, the enabling conditions of the city and local government commitment. 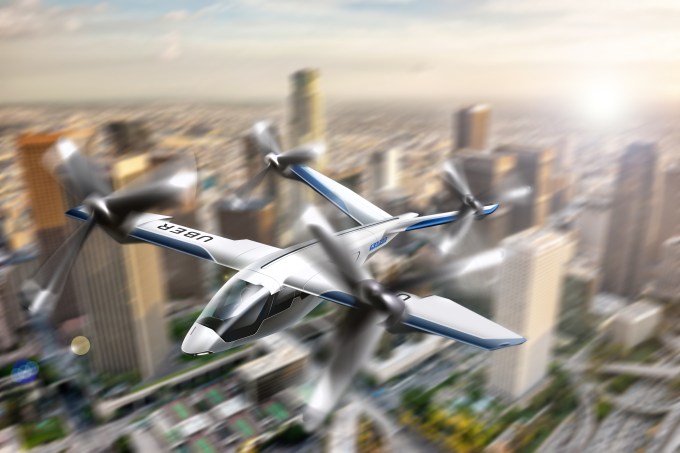 In order to launch uberAIR, Uber needs the actual vehicles, skyports for them to land on, as well as batteries. The company won’t be developing and producing its own vehicles. Instead, it’s relying entirely on its aerospace partners — some of which have been developing aircrafts for decades.

“There’s a lot that has to come together,” Khosrowshahi said about partnerships. “We absolutely know that we cannot make this happen ourselves.”

At the summit, Uber announced a new partnership with Karem to develop eVTOLs. Karem Aircraft, which has patented Optimum Speed Tiltroter technology for military and commercial applications, has been working with Uber for about a year to create the Butterfly concept. This type of vehicle is supposed to be a passenger-friendly adaptation of Karem’s core technology. And some of Uber’s previously announced partners also showed off what they’ve been working on over the past year. Embraer, for example, unveiled its first eVTOL concept.

At this point there are more than 70 companies working on eVTOLs for deployment in Uber’s air taxi network. 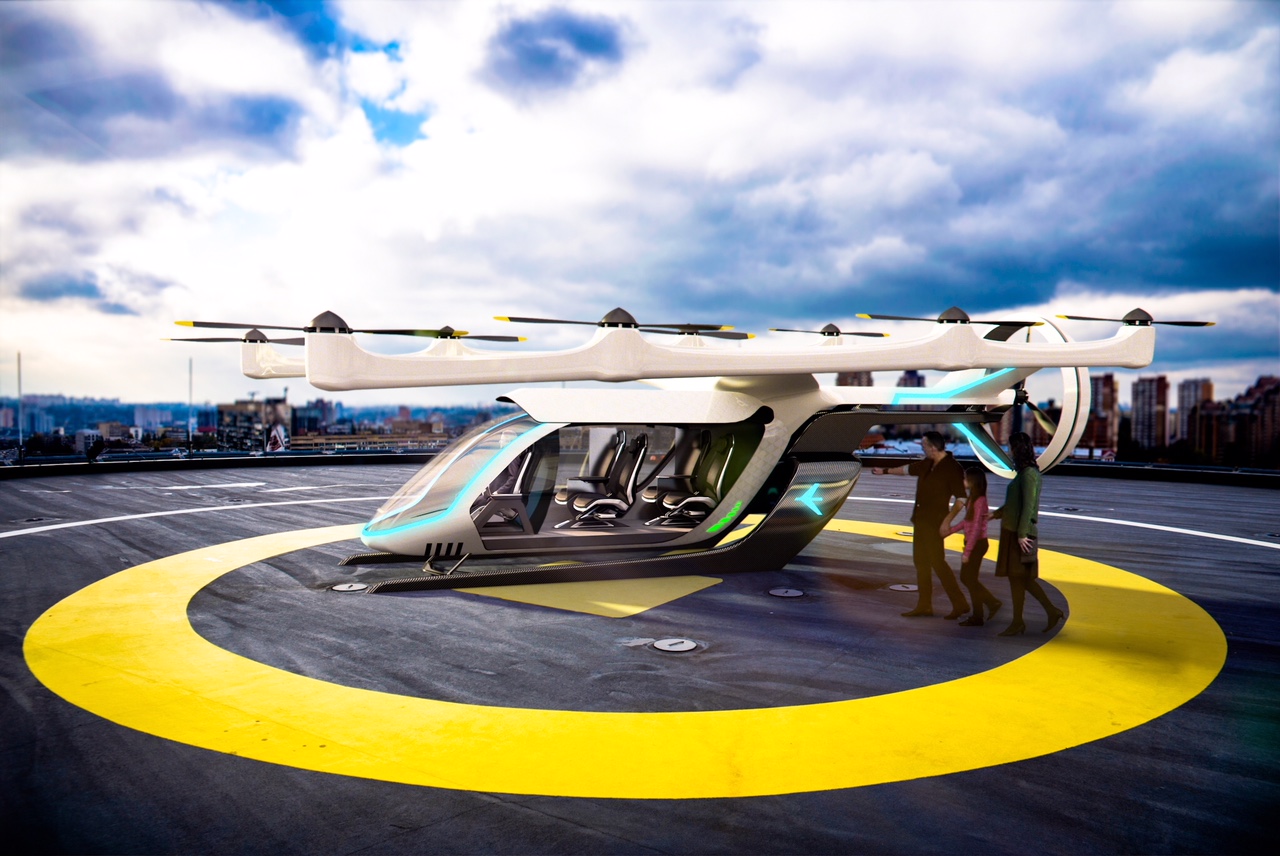 The company also needs skyports to enable people to board and exit these eVTOLs, which is where partners like Gannett Fleming and Corgan come in. On day two, these partners showed off their skyport designs as part of a skyport competition Uber ran.

Because Uber wants its offering to be all-electric from the start, it’s working with a number of battery partners. One of them is E-One Moli, a newly announced partner that will put its battery technology in the first eVTOL prototypes from Uber’s Elevate vehicle partners. With these batteries, uberAIR vehicles could travel up to 84 miles on a single charge, compared to just 60 miles. That also means Uber needs a way to charge these vehicles, which is where partners like ChargePoint come in. 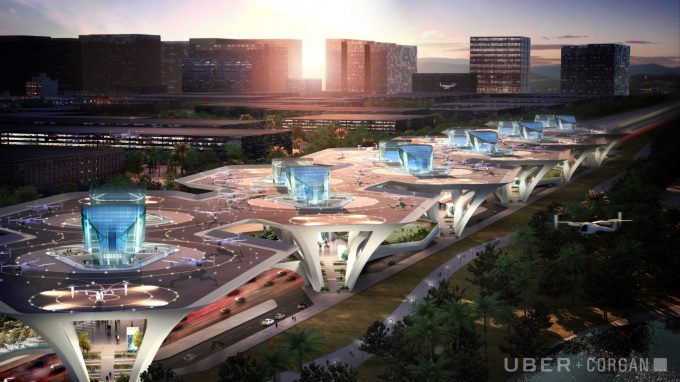 On day one of the summit, Uber Head of Aviation Eric Allison spoke about how certain skyports could handle hundreds or even thousands of landings per hour. In order to manage the skies and ensure uberAIR doesn’t simply replicate the horrendous traffic patterns we already have on the roads, Uber is working to develop systems that enable the ecosystem to function in what will be a more complex version of standard air traffic control, Allison told TechCrunch earlier in the day.

There are many ways to conceive of this, but one way is something Uber Director of Engineering for Airspace Systems Tom Prevot calls Dynamic Skylane Networks. He said you can think of them as a virtual network of lanes, overpasses, on-ramps and off-ramps in the sky that dynamically adjust to where the air traffic needs to flow. 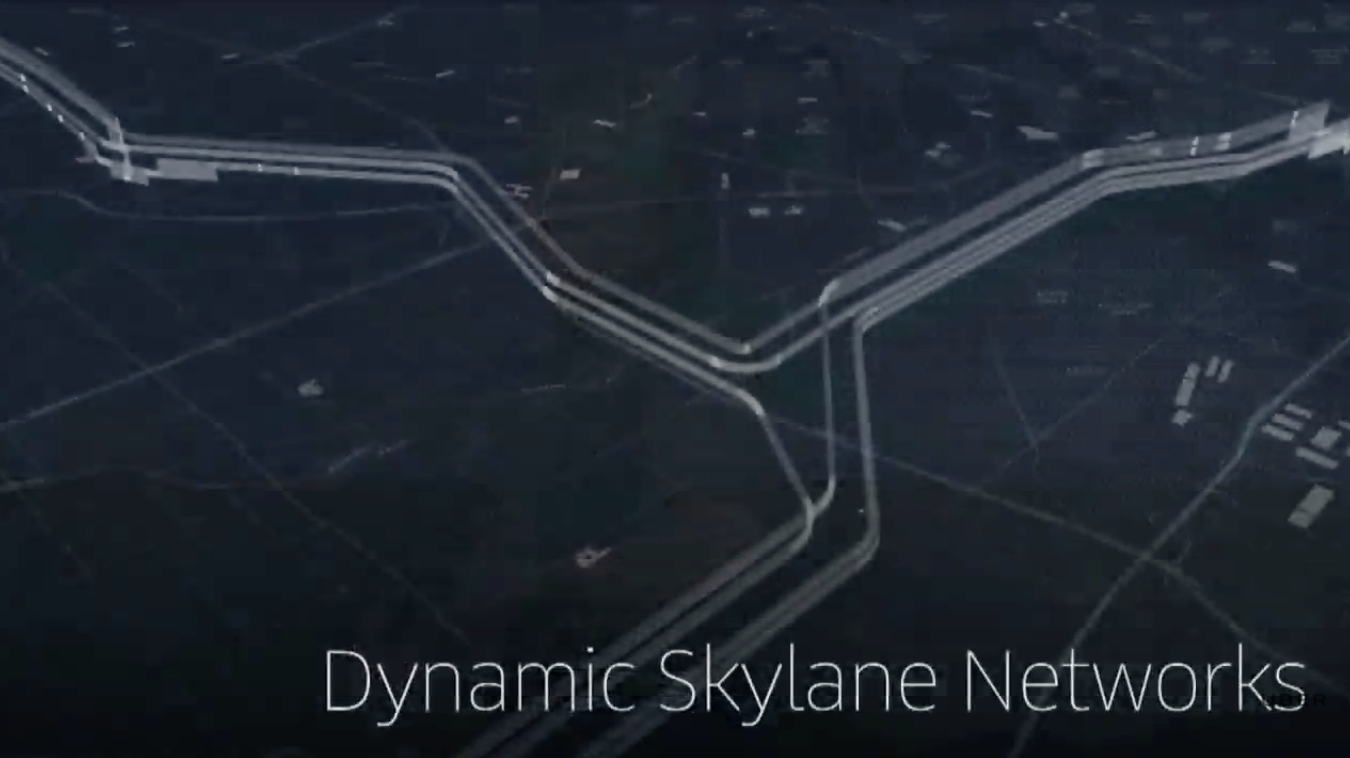 But that’s a bit down the road. At the beginning of this process, Prevot said, Uber wants to work in parallel with what exists today and be “extremely cooperative, interoperable and transparent for safety and efficiency reasons. But we also need to protect, obviously, privacy information.”

He added that cybersecurity is a “first-class citizen and we need to bake that in from the beginning.”

Although Uber could theoretically create, own and control its own air traffic control system for eVTOLs, Uber says the intention is not to own it. Instead, the idea is to make it an open standard that other companies can work with, and therefore, enable interoperability.

“We don’t own airspace,” Holden said. “We’re just trying to make sure airspace is managed in an extremely safe and efficient way.”

To try to achieve this goal, Uber is working closely with the FAA and NASA. At the Summit, Uber announced it has signed a second space act agreement with NASA to model and simulate airspace requirements for urban air mobility applications. As part of the agreement, Uber will share its plans for implementing its air-based rideshare network.

Using data from Uber, NASA plans to simulate a small passenger-carrying aircraft flying through the Dallas-Fort Worth area. The idea is to identify potential safety issues in an already-crowded air traffic control system.

Simulation of 50 aircrafts in the Dallas-Fort Worth area

“We’re designing our flight paths essentially to stay out of the scheduled air carriers’ flight paths initially,” Prevot said at Elevate. “We do want to test some of these concepts of maybe flying in lanes and flying close to each other but in a very safe environment, initially.”

All of these eVTOLs, of course, must comply with regulation from aviation authorities. At Elevate, FAA Acting Administrator Dan Elwell said he’s excited about everything that’s happening. But while Uber aims to start testing in 2020 and deploy commercially in 2023, all Elwell would say is, “We’ll see.”

“Everything is changing, but remember it’s changing within the construct that we’ve built, that we know,” Elwell said in a conversation with Uber Chief Product Officer Jeff Holden. “We have to adapt.” He added, whatever happens, the FAA is going to do this right. If you were to ask him what his reaction is to the idea that “it has to happen and this date is certain, my answer is, ‘well, we’ll see.'”

“I think that’s something we can get to,” he said.

In tandem with ensuring uberAIR operates in ways that are safe and consistent with current FAA standards, sound regulation is key to community acceptance. For the purpose of uberAIR, Uber has tapped David Josephson, a noise and acoustics consultant at Josephson Engineering. At the Elevate summit, Josephson explained how urban air mobility noise will be different from the noise of a conventional aircraft. Part of that is due to the fact that airports are not located within city centers. With uberAIR, however, these skyports are going to be within city limits.

“We’ve decided to develop an entirely different set of metrics for this purpose,” Josephson said.

Uber is ultimately presenting AIR as a way to increase access to transportation. In an ideal world, uberAIR would be able to reach neighborhoods that are traditionally underserved by transit agencies, Uber Head of Policy of Autonomous Vehicles and Urban Aviation Justin Erlich told me back in February. But in order to do that, Uber needs to remain conscious of the fact that it’s a goal it’s trying to achieve. That means ensuring the right policy infrastructure is in place and that’s where Erlich comes in.

In addition to reducing the cost of aerial transit, it’s important to note where the skyports will be located and what areas they will serve, World Economic Forum Head of Drones and Tomorrows Airspace Timothy Reuter said at Elevate.

“One of the causes of inequality in this country is, it’s very difficult for people to live in low cost areas but get access to high wages,” Reuter said.

And as Uber continues to scale and move further into autonomy, it will be worth paying attention to who is going to be tapped to handle the more monotonous, low-wage jobs.

“What we bring to the table here,” Khosrowshahi said, “is building this to not be a service for the few but a service that is ultimately available for mass market.”