Hulu now has over 20 million U.S. subscribers – that’s up from the 17 million-plus it claimed in January. The news of its subscriber growth is being delivered alongside a series of pitches to advertisers at the company’s Upfronts presentation in New York this morning, where it’s also touting its upcoming original series and detailing its new ad products. One of those will be of particular interest to Hulu’s users, too – the company will at last allow subscribers to download shows to watch offline.

This is a feature both Amazon and Netflix already support, the former as of fall 2015 and the latter since late 2016.

However, the way Hulu is going about offline content is a bit different.

Subscribers on both the ad-supported and no commercials plan will have the ability to download content for offline viewing – something people like to do when preparing for air travel or for daily commutes on public transportation where it’s difficult to get a signal, for example.

However, ad-supported plan subscribers will download commercials along with their shows. 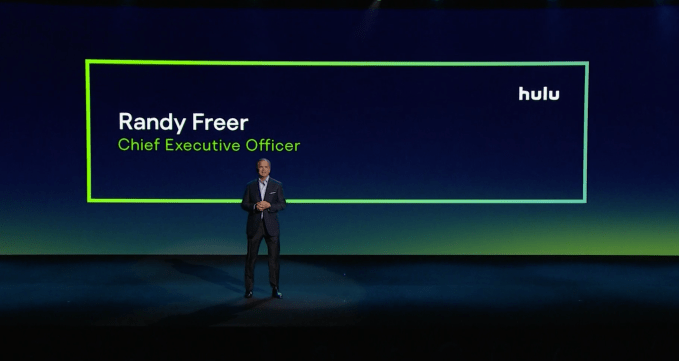 This makes Hulu the first company in the industry to support downloads with advertising, it says. This also means customers won’t have the ability to fast-forward through these offline commercials – the advertisers truly have a captive audience for their content.

Hulu isn’t yet offering key details like which shows will be made available for offline viewing, or when the feature will launch beyond the “2018-2019 Upfront season.”

It’s worth pointing out that when this feature launched on Netflix and Amazon, the focus was on offering downloadable original content. With the option to advertise against the content, though, there may be less resistance to the idea of offering an offline version.

“We will not only be live and on demand, but also untethered and on-the-go anytime, anywhere. No Wi-Fi needed,” said Hulu CEO Randy Freer, announcing the feature.

Ad-supported downloadable content is only one of Hulu’s pitches to advertisers. Notably, the company will also begin offering dynamically inserted ads in the Hulu with With Live TV experience sometime later this quarter. This lets brands reach Hulu subscribers watching live sports, news and entertainment programming, and will initially launch across some cable networks on the platform.

The company is telling advertisers it will use Nielsen Digital Ad Ratings (DAR) for OTT to measure, guarantee and report campaign audience delivery across all desktop, mobile and connected devices. But the bigger message is that Hulu is more like traditional TV – 78 percent of Hulu’s viewing takes place in the living room on connected TVs, it says. And across platforms, engagement is up by over 60 percent, and viewers streamed 6 billion hours in 2017.

Alongside the ad product news, Hulu is introducing a number of new series, including Four Weddings and a Funeral and Ramy, which join upcoming Hulu Originals Castle Rock, Hulu’s second project from J.J. Abrams and Stephen King set to premiere on July 25; Catch-22, from George Clooney and starring Kyle Chandler; The First, from Beau Willimon and starring Sean Penn; and Little Fires Everywhere, from Reese Witherspoon and Kerri Washington, based on the novel of the same name.

Hulu’s The Handmaid’s Tale will return for a third season, and Hulu will be the exclusive SVOD home for ABC’s well-received The Good Doctor.

The company also struck its biggest kids and family deal to date with its first-ever multi-year deal with DreamWorks Animation. The deal will see Hulu becoming the exclusive streaming home to future DreamWorks Animation feature films including How to Train Your Dragon: The Hidden World, The Boss Baby 2 and Trolls 2, starting in 2019; as well as DreamWorks library films like Shrek, Shrek 2 and Shark Tale; plus other exclusive original series that will kick off in 2020.