Everyone seems to be insisting on installing cameras all over their homes these days, which seems incongruous with the ongoing privacy crisis — but that’s a post for another time. Today, we’re talking about enabling those cameras to send high-definition video signals wirelessly without killing their little batteries. A new technique makes beaming video out more than 99 percent more efficient, possibly making batteries unnecessary altogether.

Cameras found in smart homes or wearables need to transmit HD video, but it takes a lot of power to process that video and then transmit the encoded data over Wi-Fi. Small devices leave little room for batteries, and they’ll have to be recharged frequently if they’re constantly streaming. Who’s got time for that?

The idea behind this new system, created by a University of Washington team led by prolific researcher Shyam Gollakota, isn’t fundamentally different from some others that are out there right now. Devices with low data rates, like a digital thermometer or motion sensor, can something called backscatter to send a low-power signal consisting of a couple of bytes.

Backscatter is a way of sending a signal that requires very little power, because what’s actually transmitting the power is not the device that’s transmitting the data. A signal is sent out from one source, say a router or phone, and another antenna essentially reflects that signal, but modifies it. By having it blink on and off you could indicate 1s and 0s, for instance.

UW’s system attaches the camera’s output directly to the output of the antenna, so the brightness of a pixel directly correlates to the length of the signal reflected. A short pulse means a dark pixel, a longer one is lighter, and the longest length indicates white.

Some clever manipulation of the video data by the team reduced the number of pulses necessary to send a full video frame, from sharing some data between pixels to using a “zigzag” scan (left to right, then right to left) pattern. To get color, each pixel needs to have its color channels sent in succession, but this too can be optimized.

Assembly and rendering of the video is accomplished on the receiving end, for example on a phone or monitor, where power is more plentiful.

In the end, a full-color HD signal at 60FPS can be sent with less than a watt of power, and a more modest but still very useful signal — say, 720p at 10FPS — can be sent for under 80 microwatts. That’s a huge reduction in power draw, mainly achieved by eliminating the entire analog to digital converter and on-chip compression. At those levels, you can essentially pull all the power you need straight out of the air.

They put together a demonstration device with off-the-shelf components, though without custom chips it won’t reach those 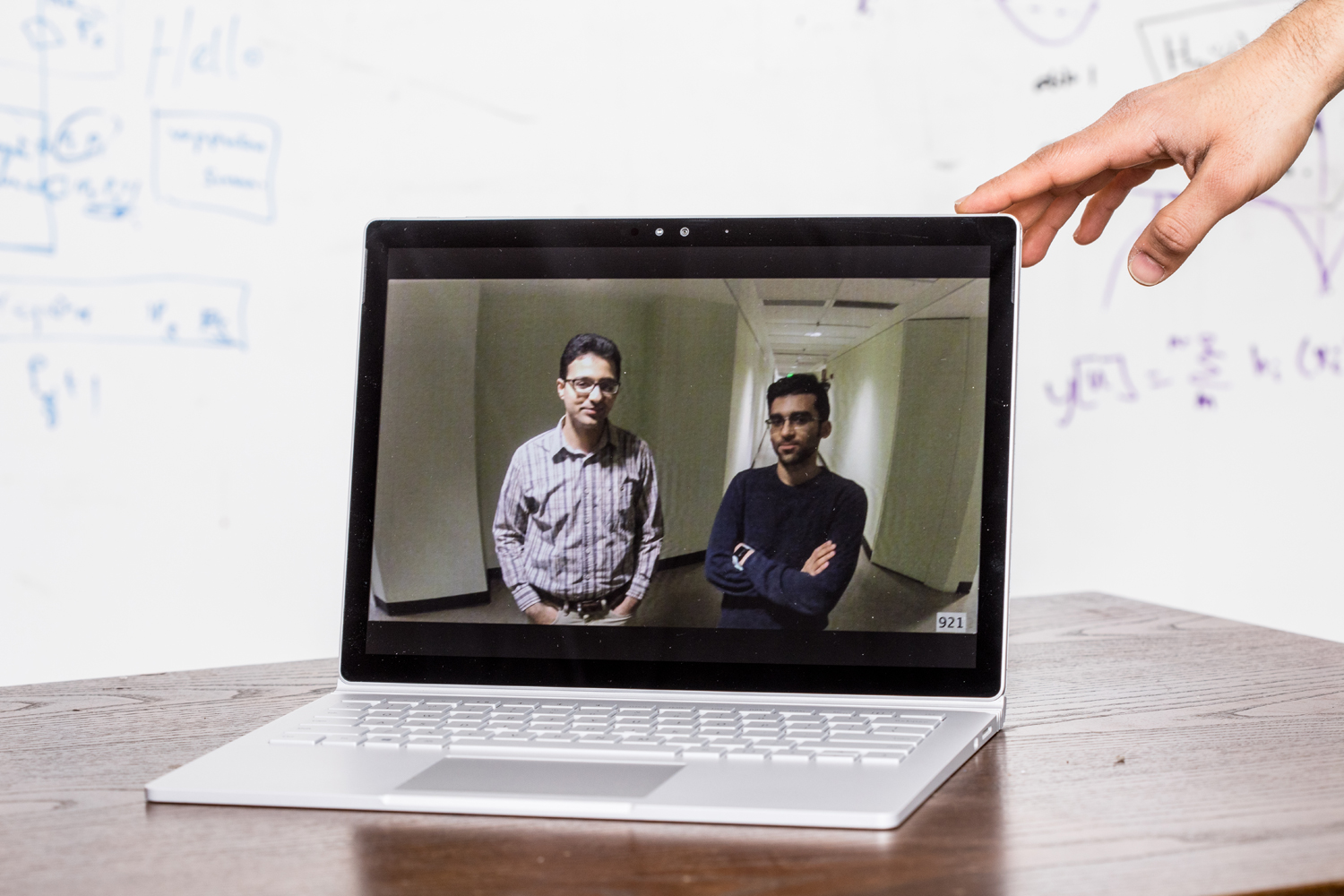 A frame sent during one of the tests. This transmission was going at about 10FPS.

microwatt power levels; still, the technique works as described. The prototype helped them determine what type of sensor and chip package would be necessary in a dedicated device.

Of course, it would be a bad idea to just blast video frames into the ether without any compression; luckily, the way the data is coded and transmitted can easily be modified to be meaningless to an observer. Essentially you’d just add an interfering signal known to both devices before transmission, and the receiver can subtract it.

Video is the first application the team thought of, but there’s no reason their technique for efficient, quick backscatter transmission couldn’t be used for non-video data.

The tech is already licensed to Jeeva Wireless, a startup founded by UW researchers (including Gollakota) a while back that’s already working on commercializing another low-power wireless device. You can read the details about the new system in their paper, presented last week at the Symposium on Networked Systems Design and Implementation.