Mark Zuckerberg’s flimsy defense when congress asked about a lack of competition to Facebook has been to cite that the average American uses eight social apps. But that conveniently glosses over the fact that Facebook owns three of the top 10 U.S. iOS apps: #4 Instagram, #6 Messenger, and #8 Facebook according to App Annie. The top 3 apps are games. Facebook is building its Watch video hub to challenge #5 YouTube, and has relentlessly cloned Stories to beat #7 Snapchat. And Facebook also owns #19 WhatsApp. Zoom in to just “social networking apps”, and Facebook owns the entire top 3.

“The average American I think uses eight different communication and social apps. So there’s a lot of different choice and a lot of innovation and activity going on in this space” Zuckerberg said when asked about whether Facebook is a monopoly by Senator Graham during yesterday’s Senate hearing, and he’s trotted out that same talking point that was on his note sheet during today’s House testimony. 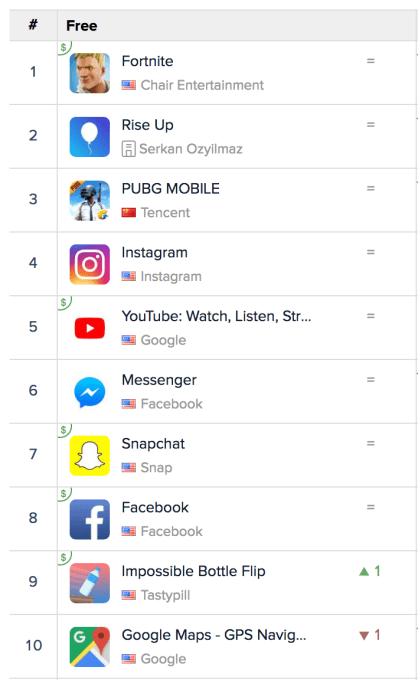 But Facebook has relentlessly sought to acquire or co-opt the features of its competitors. That’s why any valuable regulation will require congress to prioritize competition. That means either breaking up Facebook, Instagram, and WhatsApp; avoiding rules that are easy for Facebook to comply with but prohibitively expensive for potential rivals to manage; or ensuring data portability that allows users to choose where to take their content and personal information.

Breaking up Facebook, or at least preventing it from acquiring established social networks in the future, would be the most powerful way to promote competition in the space. Facebook’s multi-app structure creates economies of scale in data that allow it to share ad targeting and sales teams, backend engineering, and relevancy-sorting algorithms. That makes it tough for smaller competitors without as much money or data to provide the public with more choice.

Regulation done wrong could create a moat for Facebook, locking in its lead. Complex transparency laws might be just a paperwork speed bump for Facebook and its army of lawyers, but could be too onerous for upstart companies to follow. Meanwhile, data collection regulation could prevent competitors from ever building as large of a data war chest as Facebook has already generated.

Data portability gives users the option to choose the best social network for them, rather than being stuck where they already are. Facebook provides a Download Your Information tool for exporting your content. But photos come back compressed, and you don’t get the contact info of friends unless they opt in. The list of friends’ names you receive doesn’t allow you to find them on other apps the way contact info would. Facebook should at least offer a method for your exporting hashed version of that contact info that other apps could use to help you find your friends there without violating the privacy of those friends. Meanwhile, Instagram entirely lacks a Download Your Information tool. 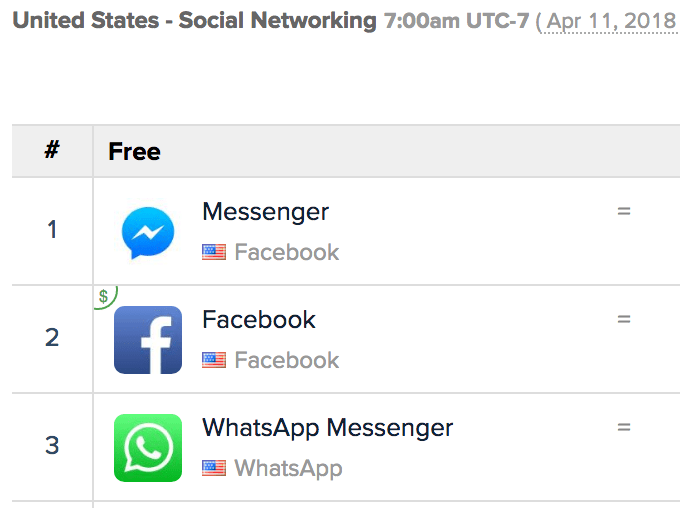 Congress should push Zuckerberg to explain what apps compete with Facebook as a core identity provider, an omni-purpose social graph, or cross-platform messaging app. Without choice, users are at the mercy of Facebook’s policy and product examples. All of the congressional questions about data privacy and security don’t mean much to the public if they have no viable alternative to Facebook. The fact that Facebook owns or clones the majority of the 8 social apps used by the average American is nothing for Zuckerberg to boast about.