Dozens of high-tech phone smugglers have been apprehended by Chinese police, who twigged to the scheme to send refurbished iPhones into the country from Hong Kong via drone — but not the way you might think.

Although the methods used by the smugglers aren’t described, a picture emerges from the details. Critically, in addition to the drones themselves, which look like DJI models with dark coverings, police collected some long wires — more than 600 feet long. 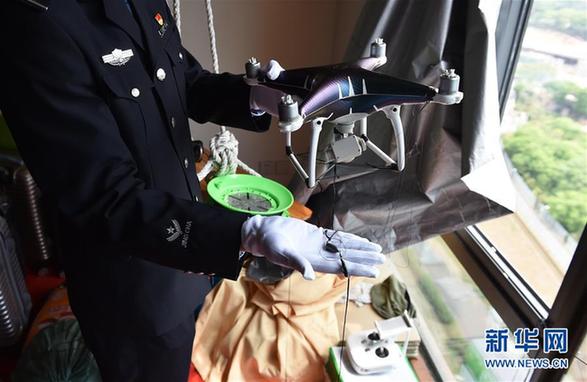 Small packages of 10 or so phones were sent one at a time, and it only took “seconds” to get them over the border. That pretty much rules out flying the drone up and over the border repeatedly — leaving aside that landing a drone in pitch darkness on the other side of a border fence (or across a body of water) would be difficult to do once or twice, let alone dozens of times, the method is also inefficient and risky.

But really, the phones only need to clear the border obstacle. So here’s what you do:

Send the drone over once with all cable attached. Confederates on the other side attach the cable to a fixed point, say 10 or 15 feet off the ground. Drone flies back unraveling the cable, and lands some distance onto the Hong Kong side. Smugglers attach a package of 10 phones to the cable with a carabiner, and the drone flies straight up. When the cable reaches a certain tension, the package slides down the cable, clearing the fence. The drone descends, and you repeat. 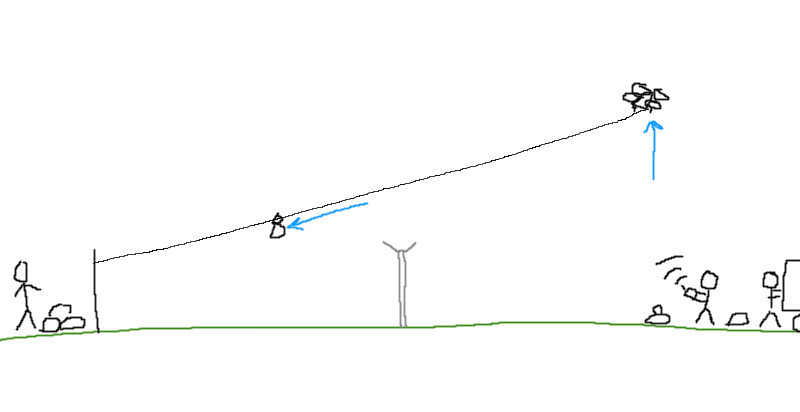 It’s not 100 percent to scale. The far side might have to be high enough that the cable doesn’t rest on the fence, if there is one, or not to drag in the water if that’s the case. Not sure about that part.

Anyway, it’s quite smart. You get horizontal transport basically for free, and the drone only has to do what it does best: go straight up. Two wires were found, and the police said up to 15,000 phones might be sent across in a night. Assuming 10 phones per trip, and say 20 seconds per flight, that works out to 1,800 phones per hour per drone, which sounds about right. Probably this kind of thing is underway at more than a few places around the world.