SpaceX has a green light from the FCC to launch a network of thousands of satellites blanketing the globe with broadband. And you won’t have too long to wait — on a cosmic scale, anyway. Part of the agreement is that SpaceX launch half of its proposed satellites within six years.

The approval of SpaceX’s application was not seriously in doubt after last month’s memo from FCC Chairman Ajit Pai, who was excited at the prospect of the first U.S.-based company being authorized to launch a constellation like this.

“I have asked my colleagues to join me in supporting this application and moving to unleash the power of satellite constellations to provide high-speed Internet to rural Americans,” he wrote at the time. He really is pushing that “digital divide” thing. Not that Elon Musk disagrees:

SpaceX COO Gwynne Shotwell echoed the sentiment in a statement provided to TechCrunch:

We appreciate the FCC’s thorough review and approval of SpaceX’s constellation license. Although we still have much to do with this complex undertaking, this is an important step toward SpaceX building a next-generation satellite network that can link the globe with reliable and affordable broadband service, especially reaching those who are not yet connected.

The proposed service, which will be called Starlink, was opposed by several existing satellite operators like OneWeb and Spire. They’re rightly concerned that another operator in space — especially one that wants to launch thousands of satellites — will crowd both spectrum and orbit. 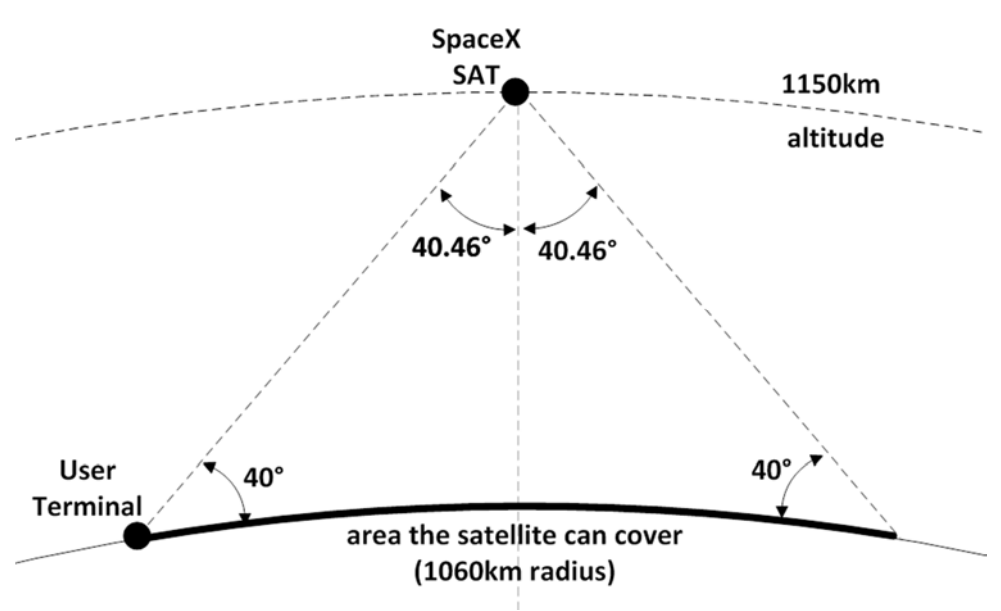 Illustration of SpaceX satellite coverage from the FCC application

OneWeb, for example, said that SpaceX satellites shouldn’t be allowed to be deployed within 125 kilometers of altitude of its own. You do want to avoid interference, but really, it’s too much to ask for a 150-mile buffer zone around your gear.

One objection that did carry water, however, was the request for an extensive orbital debris mitigation plan.

The unprecedented number of satellites proposed by SpaceX and the other [non-geostationary orbit fixed-satellite service] systems in this processing round will necessitate a further assessment of the appropriate reliability standards of these spacecraft, as well as the reliability of these systems’ methods for deorbiting the spacecraft.

So SpaceX will have to provide more studies on this by the time it finalizes its designs and starts launching.

SpaceX must launch 50 percent of the maximum number of proposed space stations, place them in the assigned orbits, and operate them in accordance with the station authorization no later than March 29, 2024.

The company has already launched test versions of the satellites, but the full constellation will need to go out more than two at a time. SpaceX eventually plans to launch 12,000 of the things, but this authorization is for the high-altitude group of 4,425; a separate authorization is necessary for the remaining number, since they’ll be operating at a different altitude and radio frequency.

Commissioner Rosenworcel, in a separate statement, also called for a general revisiting of regulations around commercial space.

“This rush to develop new space opportunities requires new rules,” she writes. “Despite the revolutionary activity in our atmosphere, the regulatory frameworks we rely on to shape these efforts are dated. Across the board, we need to prepare for the proliferation of satellites in our higher altitudes. In short, we have work to do.”