The deal is now one of many YouTube TV has forged in recent weeks. It has also partnered with the Los Angeles Football Club, Seattle Sounders FC, and most notably, the MLB, on similar promotional efforts.

With the Major League Baseball partnership, YouTube TV again becomes the presenting sponsor of the World Series for the next two years. That means the game will be referred to as the 2018 “World Series presented by YouTube TV.” The arrangement includes on-air callouts, national TV spots featuring players, and in-stadium ads, as well. 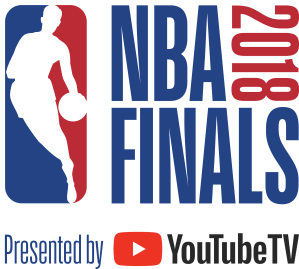 Similarly, the NBA deal will see the game referred to as “The Finals presented by YouTube TV.” The YouTube TV logo will also be featured on the court and in the area. Plus, YouTube TV will get on-air callouts, and be featured in ABC commercial spots, as well as across the NBA’s social media channels and digital assets.

ABC has aired the Finals since 2003, but today, more people are cutting the cord with traditional broadcast and cable television, and losing access to some sports programming as a result – unless they install an antenna. One firm, eMarketer, estimated there are 22.2 million cord cutters in the U.S., but combined with the “cord nevers” who never sign up to begin with, there are 56.6 million U.S. consumers going without pay TV.

In particular, the younger demographic is giving up TV in greater numbers, as other entertainment options – like the internet itself, mobile apps, and YouTube – have gained their attention. This has led to sports leagues trying to find new ways to attract this audience. Other efforts over the years have included streaming games through social media sites like Facebook and Twitter, and doing deals with Snapchat to produce original shows, among other things.

The NBA previously worked with Twitter on original programming, for example.

Amid all the cord cutting, a new crop of streaming TV services have been trying to bring back TV – including major channels like ABC, Fox, NBC and CBS. YouTube TV is one of several services in this space, where it competes with Dish’s Sling TV, AT&T’s DirecTV Now, Hulu with Live TV, PlayStation Vue, and fubo TV.

The oldest, Sling TV, is the largest of the bunch, with 2.21 million subscribers, followed by the AT&T’s 1 million. YouTube TV is battling with Hulu for third place, which Hulu currently holds.

Going directly after sports fans will all these partnership deals is one way YouTube TV getting the word out to those who don’t yet know the service even exists.

The Finals will air on ABC starting on Thursday, May 31, and will also be streamed on YouTube TV through ABC. The streaming service is currently available in nearly 100 U.S. markets, or over 85 percent of U.S. households.

The deal also follows an expansion of the YouTube TV service, which saw additions of Turner-owned networks, NBA TV and MLB Network, and a price increase of $5, bringing YouTube TV to $40 per month.

In addition, YouTube itself has worked with the NBA for over a decade. The NBA was the first league to launch its own YouTube channel in 2005, and joined YouTube’s “Claim Your Content” program in 2007. Its channel now has over 4.6 billion views.

“The NBA and ESPN have a history of creating innovative sponsorships, and this certainly qualifies,” said Wendell Scott, Senior Vice President, Multimedia Sales, ESPN, in a statement. “YouTube TV is a next generation partner for an ascendant league and we look forward to working with them to maximize the impact of their investment across ABC and the ESPN platform.”