Pandora announced this morning it’s acquiring digital audio ad technology firm AdsWizz for $145 million, as a combination of at least 50 percent cash, with the remaining paid in either cash or stock at Pandora’s discretion. The company, whose technology will be used to upgrade Pandora’s own ad tech capabilities, will continue as a subsidiary headed by CEO Alexis van de Wyer. 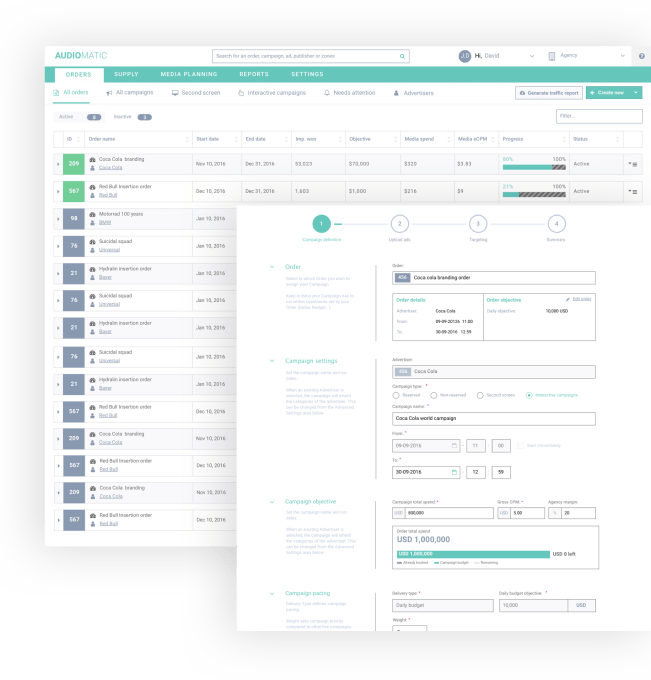 It has also developed a number of new audio formats, like ShakeMe which has users shake their phones to trigger an action while listening to an ad; ads that can target users based on an activity like jogging or a situation like cold weather; ads that can be customized based personalized data; and others.

Pandora says it will leverage the acquisition to capitalize on the growth in digital audio advertising, which is up 42 percent year-over-year, according to the IAB.

We understand that Pandora was interested in where AdsWizz’ roadmap aligned with Pandora’s specifically in the areas of audio monetization and ad-buying capabilities. It believes that by joining forces, it will be able to ship and launch new products faster.

Once integrated with Pandora, advertisers will be able to transact through AdsWizz’s global marketplace across Pandora and other audio publishers, the company says. Pandora says that it will continue to invest in AdsWizz technology that supports its core business and the wider industry – or, in order words, Pandora isn’t ripping away AdsWizz from its competitors in streaming at this time.

“Since I joined Pandora six months ago, I have highlighted ad tech as a key area of investment for us. Today we took an important step to advance that priority and accelerate our product roadmap,“ said Roger Lynch, CEO of Pandora, in a statement. “With our scale in audio advertising and AdsWizz’s tech expertise, we will create the largest digital audio advertising ecosystem, better serving global publishers and advertisers — while improving Pandora’s own monetization capabilities.”

The deal comes at a time when Pandora continues to generate the majority of its revenues from advertising, despite its entry into the subscription business with its own rival to Apple Music and Spotify. In its Q4 2017 earnings, the company reported $97.7 million in subscription revenue that offset a 5 percent year-over-year decline in advertising revenues. Meanwhile, ad revenues clocked in at $297.7 million, down from $313.3 million in the same quarter the year before.

It also follows a rough year for Pandora which saw its original founder and CEO Tim Westergren exit, along with Chief Marketing Officer Nick Bartle and President Mike Herring, as part of a larger exec shakeup.

In addition to AdsWizz CEO van de Wyer, Pandora’s acquisition will add 140 people to the company from across all AdsWizz locations, including its San Mateo headquarters.

Pandora has not been as acquisitive as rival Spotify, having generally purchased businesses that are of strategic importance at the time, instead of smaller teams with interesting technology. It’s best known for its acquisitions of Rdio and Ticketfly in 2015, though the latter was handed off to Eventbrite last year.

“We know that the value we have created for all our stakeholders – brands, publishers and listeners – comes from our ability to create engaging and well-targeted advertising experiences. That will not change,” said van de Wyer, in a post on AdsWizz’ website. “Our focus has always been digital audio, with a unique expertise in innovative monetization solutions. That will not change. What will change is our ability to grow even faster, to develop technology more rapidly, to accelerate our ability to provide solutions that meet the increasingly sophisticated needs of advertisers and digital audiences. And to have an even bigger impact on people’s lives,” he added.

The new acquisition does not impact the first quarter 2018 guidance or the full year 2018 commentary provided at Pandora’s last earnings, the company notes. The transaction is expected to close in the second quarter of 2018, and is subject to regulatory approval.