Last week, Google showed off a new app to display immersive photography in virtual reality, and a multi-camera technique for capturing it, and now it looks like there may be plans to enhance that with some bolted-on technology created by a third party.

Multiple sources tell us that Google is acquiring Lytro, the imaging startup that began as a ground-breaking camera company for consumers before pivoting to use its depth-data, light-field technology in VR.

Emails to several investors in Lytro have received either no response, or no comment. Multiple emails to Google and Lytro also have had no response.

But we have heard from several others connected either to the deal or the companies.

One source described the deal as an “asset sale” with Lytro going for no more than $40 million. Another source said the price was even lower: $25 million and that it was shopped around — to Facebook, according to one source; and possibly to Apple, according to another. A separate person told us that not all employees are coming over with the company’s technology: some have already received severance and parted ways with the company, and others have simply left.

Assets would presumably also include Lytro’s 59 patents related to light-field and other digital imaging technology.

The sale would be far from a big win for Lytro and its backers. The startup has raised just over $200 million in funding and was valued at around $360 million after its last round in 2017, according to data from PitchBook. Its long list of investors include Andreessen Horowitz, Foxconn, GSV, Greylock, NEA, Qualcomm Ventures and many more. Rick Osterloh, SVP of hardware at Google, sits on Lytro’s board.

A pricetag of $40 million is not quite the exit that was envisioned for the company when it first launched its camera concept, and in the words of investor Ben Horowitz, “blew my brains to bits.”

The company’s trajectory since being founded in 2006 (originally as Refocus Imaging) by Ren Ng underscores a few of the ongoing challenges in the startup world: hardware remains hard; VR has not grown as fast as some had thought that it would; and more generally, large platforms will loom as persuasive consolidators especially when conditions for the the first two of those issues become tight.

In the case of Lytro, that translated to captivating but expensive cameras; a weaker business funnel for its pivot to VR; and, it appears, a persuasive offer from a company that has plenty of cash and time to wait out the right market conditions for new platforms, and in the meantime to consider the multiple uses of the tech in a variety of different scenarios, be it in its automotive or mapping businesses, or gaming or something else entirely.

(Coincidentally, it seems that Lytro only recently made an acquisition of its own, of Limitless, to expand its work in VR for games.)

What Google would intend to do with Lytro is not clear yet. But more generally, an exit to the company would give Lytro the potential to integrate and apply its technology at one of the world’s biggest tech companies, which controls development of the world’s most widely used smartphone operating system.

It has also been doubling down on a full spectrum (geddit) of technologies and products related to how we see digital images today and in the future. That has included a plethora of work and acquisitions around computer vision technologies; how images are stored, manipulated and displayed; and how they are captured.

Lytro falls into the third of these categories, with technology that provides a way to capture the so-called light field of an image — that is, a composite picture with data for the image provided from all angles. This makes a two-dimensional picture essentially three-dimensional, because of the depth and perspectives you can get when looking at the picture — optimised for immersive viewing experiences. It also can be used to focus in on detail of one object leaving out its background, making it an alternative to green-screen usage. 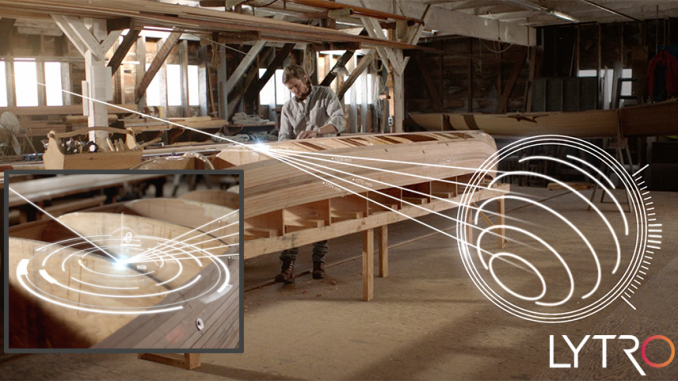 All this makes this tech especially useful for VR, where flatter images can cause motion sickness because they do not move as well with the viewer. But such imaging tech also has the long term potential to be applied in a variety of other places.

“We believe we have the opportunity to be the company that defines the production pipeline, technologies and quality standards for an entire next generation of content,” Lytro CEO Jason Rosenthal wrote in a blog post at the time of its last funding, just over a year ago. Now, it appears that it might be Google’s turn to see how that ambition will play out.

Updated with more price information and detail on how light-field tech works.