Another huge financing round is coming in for an AI company today, this time for a startup called Mythic getting a fresh $40 million as it appears massive deals are closing left and right in the sector.

Mythic particularly focuses on the inference side of AI operations — basically making the calculation on the spot for something based off an extensively trained model. The chips are designed to be low power, small, and achieve the same kind of performance you’d expect from a GPU in terms of the lightning-fast operations that algorithms need to perform to figure out whether or not that thing your car is about to run into is a cat or just some text on the road. SoftBank Ventures led this most-recent round of funding, with a strategic investment also coming from Lockheed Martin Ventures. ARM executive Rene Haas will also be joining the company’s board of directors.

“The key to getting really high performance and really good energy efficiency is to keep everything on the chip,” Henry said. “The minute you have to go outside the chip to memory, you lose all performance and energy. It just goes out the window. Knowing that, we found that you can actually leverage flash memory in a very special way. The limit there is, it’s for inference only, but we’re only going after the inference market — it’s gonna be huge. On top of that, the challenge is getting the processors and memory as close together as possible so you don’t have to move around the data on the chip.”

Mythic, like other startups, is looking to ease the back-and-forth trips to memory on the processors in order to speed things up and lower the power consumption, and CEO Michael Henry says the company has figured out how to essentially do the operations — based in a field of mathematics called linear algebra — on flash memory itself.

Mythic’s approach is designed to be what Henry calls more analog. To visualize how it might work, imagine a set-up in Minecraft, with a number of different strings of blocks leading to an end gate. If you flipped a switch to turn 50 of those strings on with some unit value, leaving the rest off, and joined them at the end and saw the combined final result of the power, you would have completed something similar to an addition operation leading to a sum of 50 units. Mythic’s chips are designed to do something not so dissimilar, finding ways to complete those kinds of analog operations for addition and multiplication in order to handle the computational requirements for an inference operation. The end result, Henry says, consumes less power and dissipates less heat while still getting just enough accuracy to get the right solution (more technically: the calculations are 8-bit results).

After that, the challenge is sticking a layer on top of that to make it look and behave like a normal chip to a developer. The goal is to, like other players in the AI hardware space, just plug into frameworks like TensorFlow. Those frameworks abstract out all the complicated tooling and tuning required for such a specific piece of hardware and make it very approachable and easy for developers to start building machine learning projects. Andrew Feldman, CEO of another AI hardware startup called Cerebras Systems, said at the Goldman Sachs Technology and Internet conference last month that frameworks like TensorFlow had  most of the value Nvidia had building up an ecosystem for developers on its own system. 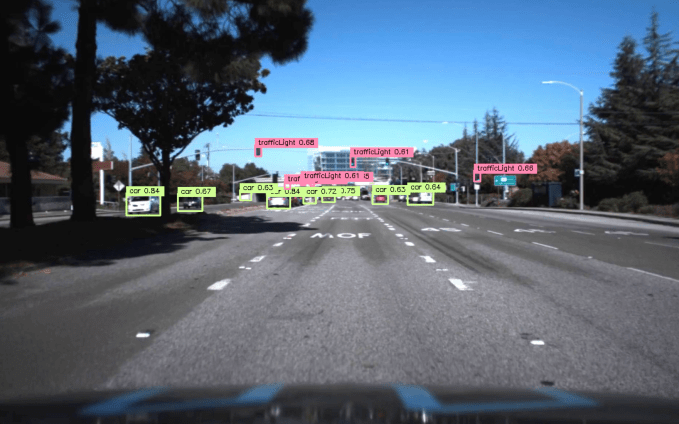 Henry, too, is a big TensorFlow fan. And for good reason: it’s because of frameworks like TensorFlow that allow next-generation chip ideas to even get off the ground in the first place. These kinds of frameworks, which have become increasingly popular with developers, have abstracted out the complexity of working with specific low-level hardware like a field programmable gate array (FPGA) or a GPU. That’s made building machine learning-based operations much easier for developers and led to an explosion of activity when it comes to machine learning, whether it’s speech or image recognition among a number of other use cases.

“Things like TensorFlow make our lives so much easier,” Henry said. “Once you have a neural network described on TensorFlow, it’s on us to take that and translate that onto our chip. We can abstract that difficulty by having an automatic compiler.”

While many of these companies are talking about getting massive performance gains over a GPU — and, to be sure, Henry hopes that’ll be the case — the near term goal for Mythic is to match the performance of a $1,000 GPU while showing it can take up less space and consume less power. There’s a market for the card that customers can hot swap in right away. Henry says the company is focused on using a PCI-E interface, a very common plug-and-play system, and that’s it.

The challenge for Mythic, however, is going to get into the actual design of some of the hardware that comes out. It’s one thing to sell a bunch of cards that companies can stick into their existing hardware, but it’s another to get embedded into the actual pieces of hardware themselves — which is what’s going to need to happen if it wants to be a true workhorse for devices on the edge, like security cameras or things handling speech recognition. That makes the buying cycle a little more difficult, but at the same time, there will be billions of devices out there that need advanced hardware to power their inference operations.

“If we can sell a PCI card, you buy it and drop it in right away, but those are usually for low-volume, high-selling price products,” Henry said. “The other customers we serve design you into the hardware products. That’s a longer cycle, that can take upwards of a year. For that, typically the volumes are much higher. The nice thing is that you’re really really sticky. If they design you into a product you’re really sticky. We can go after both, we can go after board sales, and then go after design.”

There are probably going to be two big walls to Mythic, much less any of the other players out there. The first is that none of these companies have shipped a product. While Mythic, or other companies, might have a proof-of-concept chip that can drop on the table, getting a production-ready piece of next-generation silicon is a dramatic undertaking. Then there’s the process of not only getting people to buy the hardware, but actually convincing them that they’ll have the systems in place to ensure that developers will build on that hardware. Mythic says it plans to have a sample for customers by the end of the year, with a production product by 2019.

That also explains why Mythic, along with those other startups, are able to raise enormous rounds of money — which means there’s going to be a lot of competition amongst all of them. Here’s a quick list of what fundraising has happened so far: SambaNova Systems raised $56 million last week; Graphcore raised $50 million in November last year; Cerebras Systems’s first round was $25 million in December 2016; and this isn’t even counting an increasing amount of activity happening among companies in China. There’s still definitely a segment of investors that consider the space way too hot (and there is, indeed, a ton of funding) or potentially unnecessary if you don’t need the bleeding edge efficiency or power of these products.

And there are, of course, the elephants in the room in the form of Nvidia and to a lesser extent Intel. The latter is betting big on FPGA and other products, while Nvidia has snapped up most of the market thanks to GPUs being much more efficient at the kind of math needed for AI. The play for all these startups is they can be faster, more efficient, or in the case of Mythic, cheaper than all those other options. It remains to be seen whether they’ll unseat Nvidia, but nonetheless there’s an enormous amount of funding flowing in.

“The question is, is someone going to be able to beat Nvidia when they have the valuation and cash reserves,” Henry said. “But the thing is, we’re in a different market. We’re going after the edge, we’re going after things embedded inside phones and cars and drones and robotics, for applications like AR and VR, and it’s just really a different market. When investors analyze us they have to think of us differently. They don’t think, is this the one that wins Nvidia, they think, are one or more of these powder keg markets going to explode. It’s a different conversation for us because we’re an edge company.”