Facebook is challenging Twitch and YouTube for video game live streaming supremacy with the release of its new Games SDK for PC. After testing Live streaming from games like Overwatch from developers like Blizzard since 2016, today Live broadcasting from PC games to the News Feed opens to all developers. And Facebook will let them reward fans who watch by providing in-game items or bonuses. For example, beneath the comments reel, users might see a promotion like “Watch Paladins streams for a chance to earn random loot to use in-game.”

The potential for viral growth and sales could convince tons of game developers to bake in Facebook’s new SDK, while players could use the simple broadcasting feature to reach a big audience — though one not as dedicated to gaming as on other platforms. Viewers might choose to watch on Facebook because they get rewarded there. Facebook meanwhile benefits because game streams create compelling niche content that can drive long viewing sessions, helping Facebook monetize viewers in the moment with ads while locking them deeper into the platform long-term. Facebook is also hooking up developers with deeper analytics through custom “app events” that are now available on PC as well as web and mobile. Game developers can also integrate Facebook’s enhanced Friend Finder feature that lets them play with friends and now see “Key Player Stats” about other people they want to join up with to keep playing together. Developers who want access to the SDK can sign up here.

Facebook got a late start in the game streaming world but has been rapidly developing features and signing deals to grow its viewer base and content catalogue. It inked a deal with esports league leader ESL last year, and just added streaming from tournaments of top games like Counter-Strike and DOTA. It’s brought Live streaming to Messenger games. Facebook also recently started testing a way for viewers to tip cash to their favorite streaming stars, and has even hired some of them for its games team. 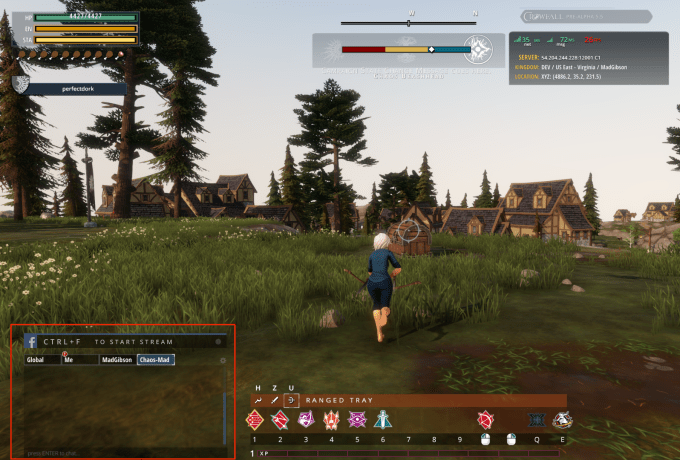 The question will be if a catch-all mainstream social network can succeed in such a niche content space. 800 million people play Facebook-connected games each month. But not everyone’s real-world friends care about video games or want to watch their buddies play, so broadcasts could fall flat if they don’t find the particular subset who love gaming. On networks like Twitch or corners of YouTube, people are there specifically to watch game stream. So Facebook will have to use rapid feature development, and it’s size and potential for audience growth to attracts streamers, viewers, and developers. Otherwise gamers might stay where they never feel embarrassed about their passion.