In addition to Facebook’s announcement of a new partnership with the MLB to live stream a number of regular season games, the social network this week also signed a deal with global esports company ESL to bring over 5,550 hours of esports events and other original content to Facebook, including 1,500 of original programming.

The move will aid Facebook in challenging Amazon-owned Twitch as well as Twitter, both of which have esports deals as part of their efforts in the live streaming space.

For example, Twitter in March announced its own partnerships with ESL and DreamHack to bring over 15 events from the ESL One, Intel Extreme Masters and DreamHack circuits to Twitter, where they’ll be made available for live streaming on the web and mobile, directly through the Twitter app.

Meanwhile, video game streaming site Twitch is still today the de facto home for esports content. Last June, a report indicated that over 100 million Twitch users had streamed 800 million hours of esports in the last ten months on the service, with event and league organizers gathering the lion’s share of those views – accounting for 71.3 percent of all esports viewership.

Facebook’s deal will kick off next month, beginning with content from the Rank S competitions, a ladder for the Counter Strike:Global Offensive community. This will be supplemented by an exclusive, 30-minute CS:GO weekly show that will feature the top players, upcoming talent and other competition highlights.

All the ESL One and Intel Extreme Masters will also stream via ESL’s Facebook network across six languages – English, French, Spanish, Portuguese, Polish and German. 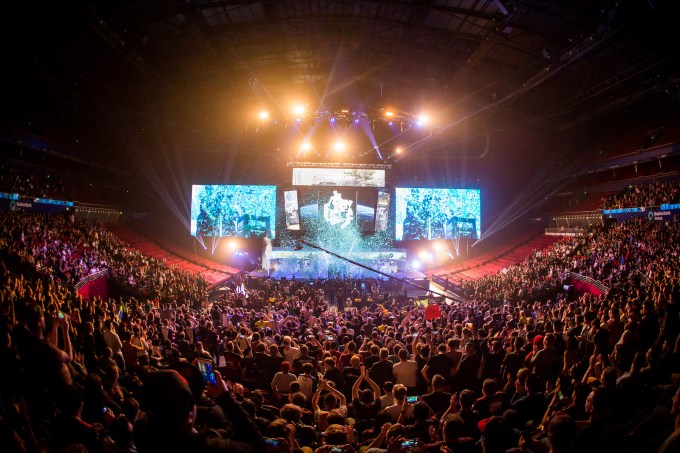 The company has made other more moves to attract live streamers to its network in recent days, as well. It added support for desktop streaming to user profiles, allowing gamers to more easily stream their gameplay, and it announced other content partnerships with esports teams Team Dignitas and Echo Fox.

For esports companies like ESL, the opportunity to stream on Facebook means they’ll have a chance to reach a broader audience – including, perhaps, more mainstream viewers who don’t regularly frequent a video gaming-focused destination like Twitch.

“With over 1.94 billion monthly active users on Facebook, this is a huge step toward expanding the reach of esports among mainstream audiences,” said Johannes Schiefer, Vice President of Social Media and Editorial at ESL, in statement, reiterating this point. “Last year, ESL content generated over 2 billion impressions and reached over 200 million users on Facebook globally. Now, with the addition of live streaming for all major ESL events, as well as exclusive content around CS:GO and ESEA, we are excited to expand our reach to more audiences and build strong local communities of highly engaged esports fans,” he added.

ESEA is ESL’s subscription-based platform for amateur, semi-professional and professional CS:GO players. Its Rank S competition brings together over 300 of the best North American and European ESEA players who compete for a $40,000 prize pool each month across the two regions.

ESL likely also sees Facebook as a means of re-engaging esports viewers when they’re not actively seeking out gaming content, thanks to Facebook’s ability to alert users about new live streams through push notifications, and other alerts when they’re more passively browsing the network.

Facebook, too, recently adjusted its video settings on mobile to autoplay videos with the sound on – a change that could increase viewership of live streamed, professionally produced video content like this, and open up the door for more advertising possibilities