Despite surpassing analyst expectations for the quarter, Roku disappointed Wall Street when it shared its fourth-quarter earnings after the bell on Wednesday. The digital streaming business fell about 18% in after-hours trading, in the minutes following the news release.

Roku posted $188.3 million revenue, when Yahoo! Finance estimates showed $182.5 million. It’s also up from $147.3 million in the same period last year. Earnings per share was 6 cents, much better than the negative 10 cents that Wall Street forecast.

However, the earnings per share for the quarter wasn’t considered comparable to the analyst expectations because of a $2.3 million debt charge. Yet it was still much better than what Wall Street predicted because of significant growth in Roku’s platform business, which includes licensing fees and ad revenue.

Revenue for last year was $513 million, 29% growth from the year prior. The number of active accounts increased 44%, ending the year totaling 19.3 million. The fastest growing portion of new accounts came from Roku TVs because its operating system has been increasingly licensed to television manufacturers, now accounting for one in five smart TV sales in the U.S.

Its customers have also been more active. Streaming hours were up 59% year-over-year to $14.8 billion last year.

There was an issue with guidance. Roku said that next quarter it expects $120 million to $130 million in revenue, beneath the $131.7 million that experts were forecasting.

Investors are also worried about the decline in Roku’s device business. Its player revenue was $102.8 million, down from $110 million in the same period the year before. This is likely due to competition from Apple TV, Chromecast and more. This has driven prices lower and Roku has had to offer cheaper alternatives like its $29 Express device.

The stock drop is a big disappointment for Roku investors, for what otherwise has been a very solid run. Roku went public on the stock market last year and has since nearly quadrupled its share price. 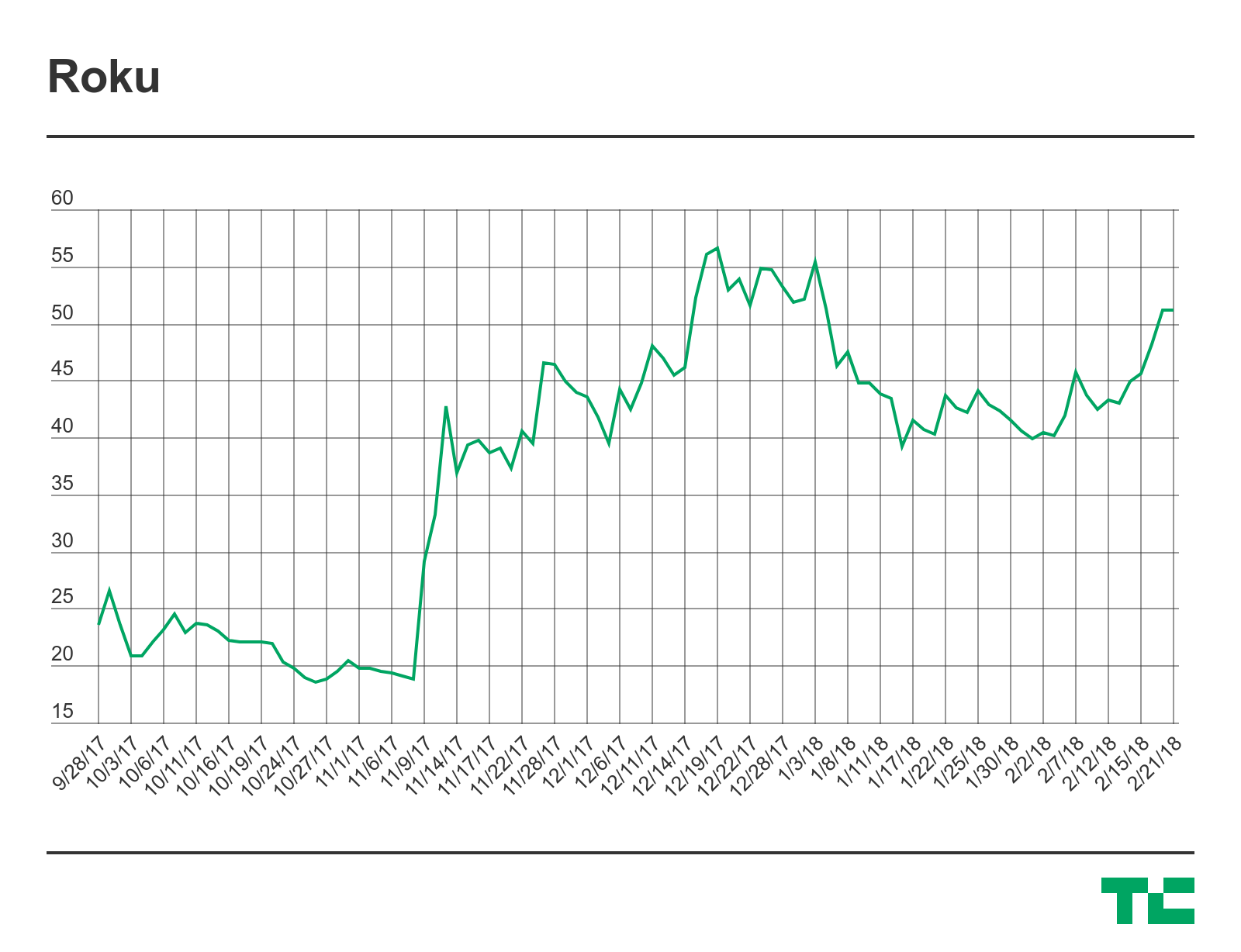 For 2018, Roku says it will focus on increasing its average revenue per user (ARPU) and improve its Roku TV software.

The company is also working on its integrations with smart speakers and is working on a voice assistant, that it expects to launch this fall.

“We intend to make it super simple for consumers to improve the quality of audio from the TV within the Roku ecosystem,” said the release.