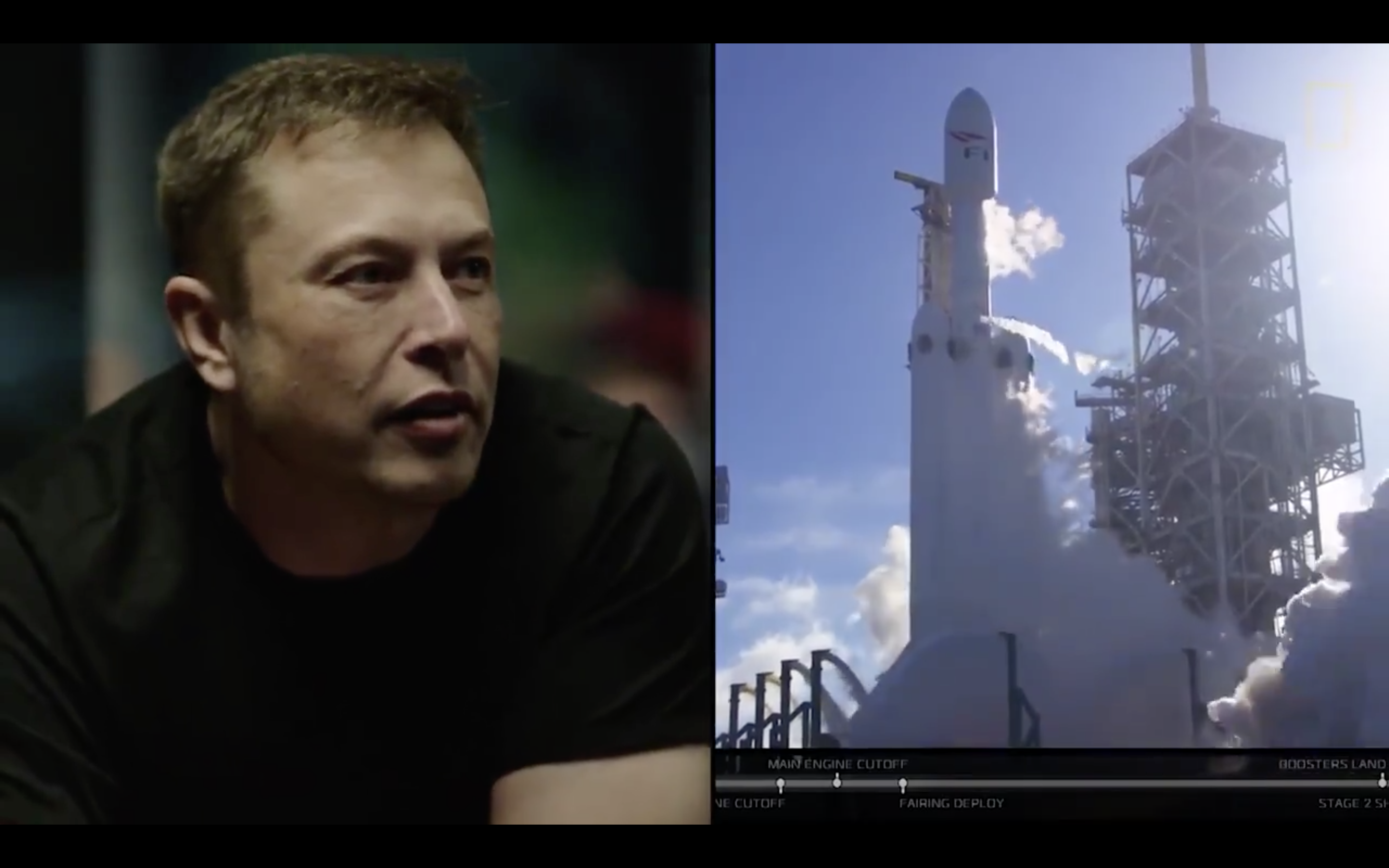 This past week, as we watched SpaceX launch its absolutely massive Falcon Heavy rocket for the first time, many of us wondered if it would make it off the launch pad. So did Elon Musk.

National Geographic just posted some incredible behind-the-scenes footage of the launch, capturing everything from about 15 seconds prior to takeoff to his moment of realization that the mission was a huge success. Not only did they manage a picture-perfect launch, but they also recovered two of three rocket cores in a jaw-droppingly beautiful (simultaneous!) controlled landing.

This launch was the culmination of many, many years of work on SpaceX’s part — but still, no one could say with absolute certainty what would happen. The night before the launch, Elon told reporters that he’d “just be happy if it clears the pad and doesn’t blow the pad to smithereens” — and you can see just how happy he really was in the video below:

(Some folks are reporting that the video above isn’t showing up for them on mobile; if that’s the case for you, you should be able to find it here)