Bay Area startup Safe Catch Tuna has developed a patented technology to detect mercury levels in a variety of fish and pledges that its own brand of tuna products have the lowest levels of any brand.

The company is one of those overnight successes more than a decade in the making. Co-founder Sean Wittenberg started the company in 2004 after his own mom was diagnosed with mercury poisoning. She’d been eating canned tuna fish a few times a week and started to become lethargic, weak and suffer from short-term memory loss.

Thankfully, she recovered. But the incident was scary enough to prompt Wittenberg to come up with a way to ensure the safety of tuna. He and his co-founder Bryan Boches started marketing the tech to some of the big tuna manufacturers.

Unfortunately, there hasn’t been much incentive for manufacturers to test all their products, and none of them seemed interested in what Safe Catch was doing — despite an Environmental Protection Agency warning back then that pregnant women, nursing mothers and small children should not be consuming tuna in a can.

The company nearly died in 2015 from lack of a market. That’s when Wittenberg and Boches decided to pivot and become a tuna manufacturer themselves. 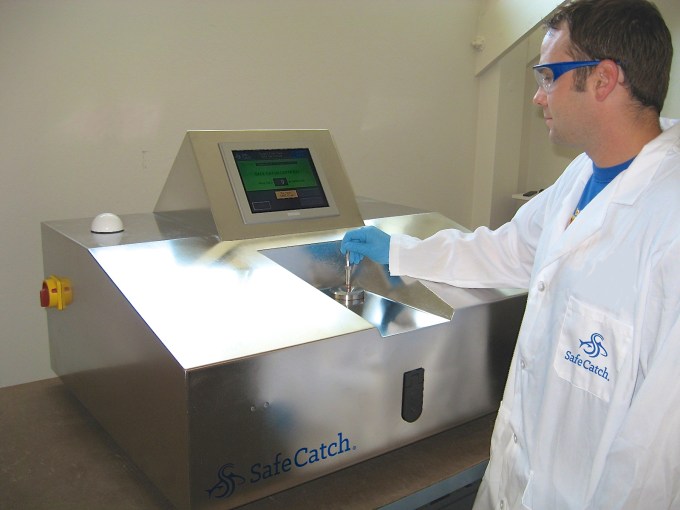 Those guidelines were since updated in 2017, and both the EPA and FDA now say its OK for pregnant women, nursing mothers and small children to consume small amounts of tuna a few times per week, as long as it falls below the 1.0 parts per million standard suggested. Many manufacturers like StarKist and Bumble Bee say on their sites they only sell the kind of canned fish products that fall far below that standard.

The biggest problem, says Boches, is the FDA and EPA are only testing about 200 fish a year from these other manufacturers, whereas Safe Catch is testing more than a million fish a year to ensure safety.

“We’re the only brand and the only company in the world that can screen fish for mercury in real-time,” Boches tells TechCrunch. “Otherwise, it would take a lab a week and cost $100 for every single test, and that would mean each can would be $20 a can. It would never work.”

It’s been a long road, and Boches admits it has been an expensive company to build, but he says Safe Catch is now at a point where it can scale. In just two years, the company went from zero to selling its products in 10,000 stores across the U.S., doubling sales each year and creating 22 SKUs. Boches says it’s particularly popular with the paleo and Whole30 diet market.

“We started over and created a canned tuna that tastes better, looks better and is better for you,” Wittenberg said. “Our artisan process lets us retain 100 percent of the nutrients and natural oils in each tuna and we slow cook each one to perfection.”

Each Safe Catch product promises to not contain pyrophosphates or additives and is BPA-free. You can find the brand in various grocery stores or online at Amazon and other various retail outlets.