The top line is that Nike is rolling out some membership related updates to its app for iPhone and Android today. The updates will come in the form of new unlocks with partnerships like ClassPass, Apple and Headspace. There will also be a bunch of new unlocks coming for exclusive shoes and clothing.

NikePlus Unlocks, the official name for these cards that appear in the Nike+ app Members section, were introduced late last year. They’ve been doing well but as a, let’s just say avid, shoe and clothing hound I personally haven’t found them all that impactful yet. The amount of unlocks was not varied or frequent enough to be habit forming and they’re tucked away in the profile section of the app so you really have to go fishing for them if you want to take advantage.

Among the best uses so far have been exclusive colors of new and classic designs just for members and the occasional exclusive clothing drop for runners or athletes. 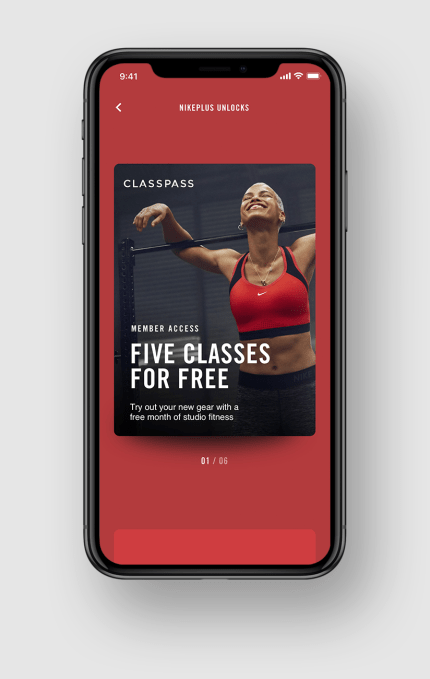 Nike says that they’re trying to expand not just the frequency but also the spectrum of the rewards for members, hopefully creating more of a habit and a feeling that the memberships are about more than just finding your order history when you need it.

Some of the Unlocks in partnership are quite nice and align well with the Nike performance audience. Buy a Nike Epic React Flyknit shoe in an exclusive color (Nike’s newest comfort design that many are seeing as a response to the Adidas Ultraboost) and you’ll get four months free of Apple Music. Doing workouts can earn you exclusive playlists and more.

Headspace, a guided meditation app, will ship exclusive playlists, discounts on membership and guided runs that focus on the more self-aware side of exercise.

ClassPass is giving out class credits when you make Nike purchases, which should align well with current members and boost membership via lead generation.

The biggest and most popular new Unlock will likely be the Birth Month promotion, which gives you discounts that last an entire month and gifts when you make purchases like a one-month ClassPass subscription or even tickets to a home game of your favorite team. The personalized promotions are an enormously rich vein for Nike to mine and I’ve not seen a lot of it in the apps to date, so it’s encouraging when they say that they’re explicitly tailoring this based on activity in the apps and purchase history.

A couple of the exclusive releases of shoes in February include the Kyrie 4 iD, an exclusive Zoom KDX and the aforementioned Epic React in “White Fusion”. 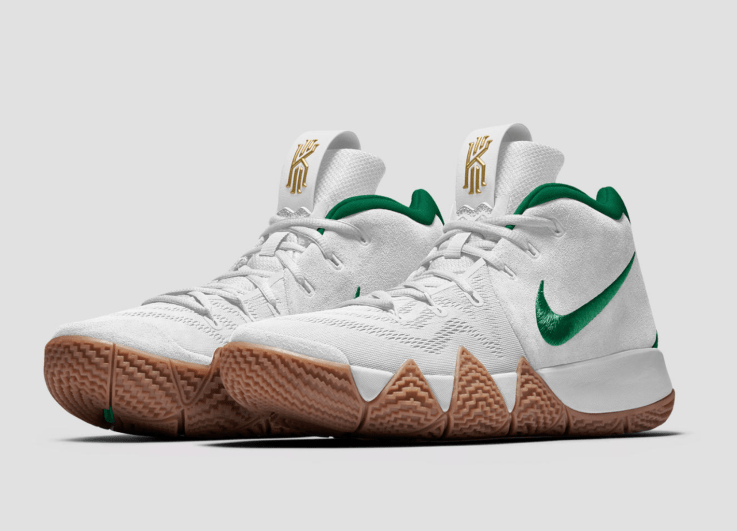 Nike has a long history of running events for runners and athletes through the Nike Run Club and that will continue here. Points earned in the Nike Training Club app or the Nike Run Club app will also trigger rewards as you run more miles or complete routines. Exclusive products and ‘experiences’ are also on the docket here.

Looks like I just missed the Berlin @nike stash for the Acronym AF 1 :/ of course the venue is in an unheated six story car park in the dark 😂 pic.twitter.com/pIJNHVcciK

Though Nike has been in this member game longer than almost any other sporting goods company, the apps themselves have only become really rich with this kind of content over the last year. Between the expanded offerings for the Unlocks category and the bolder bets that Nike has been taking in the SNKRS app with location and computer vision-based rewards, the apps are starting to feel like they’re moving up towards home screen status. I do long for better alerts and push notifications for exclusive releases and ‘Reserved For You’ drops that let you grab an upcoming sneaker without hassling on release day. It feels like there is work yet left to do to make the conversation two-way between the customer and the app.

Nike's SNKRS AR app crashing left and right but managed to get through. (sorry people that work on the app and follow me, it's cool when it works!) pic.twitter.com/Up59HerYos

Still, with launches like the physical Nike Stash locations and the SNKRS AR experiences, Nike is really ahead of the game when it comes to leveraging mobile in interesting ways for a highly engaged audience that’s ravenous for new product. These generate fervor, they make the app a daily habit and create a feeling that there could always be something there. And it provides opportunities for Nike to link the apps with physical experiences like being in Nike flagships or at venues that complete the digital-to-physical loop in compelling ways. It will be interesting to see how the Unlocks continue to evolve.