Facebook’s turning its push for well-being through active, not passive, content consumption into a feature with its new test of “Watch Party”. It allows Group admins to pick any public video on Facebook and show it to their members at the same time with a dedicated comment reel to create a “shared viewing experience”.

Live videos on Facebook generate six times more discussion, and Watch Party could bring that to recorded videos, but with a more intimate vibe since your comments won’t get lost in an raging river of discourse. Previously, commenting on a public video felt like trying to yell into an infinitely loud public square. Watch Party could make people feel heard, making Facebook a better second-screen. Facebook’s head of video Fidji Simo says that “Watching, commenting and reacting to the same moments together . . . helps build the kind of community and engagement we’ve seen with Live.”

You’ll see a box in Groups where you can tune into Watch Party and see a queue of what’s slated to be broadcast next, though there’s no way for admins to schedule a Watch Party in the future. While you view, comments roll in overlaid on mobile like with Live, or in the sidebar on desktop. You can also pitch in Facebook’s emoji Reactions for an easy way to participate without typing.

The idea isn’t far from what former Facebook president Sean Parker tried with the relaunch of his flopped startup Airtime. Except instead of trying to get you to start a social graph and group chats from scratch, Watch Party piggybacks on Facebook’s existing billion-user Groups feature. The closest thing Facebook had to built to this before was screensharing in its Workplace chat product. 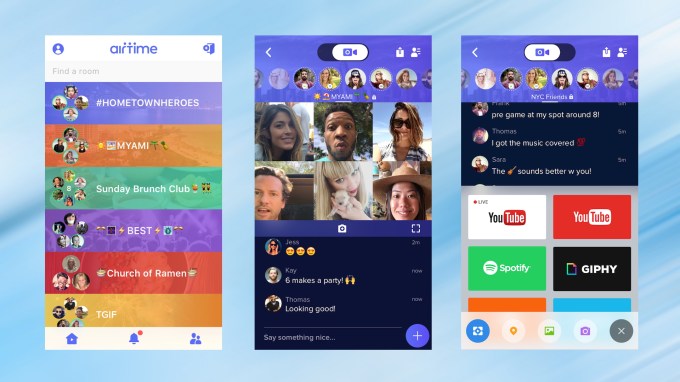 “When done well, video brings us closer together” CEO Mark Zuckerberg said on Facebook’s Q3 earnings call. “We’ve found that communities formed around video like TV shows or sports create a greater sense of belonging than many other kinds of communities . . . But too often right now, watching video is just a passive consumption experience.” That’s in part why Facebook recently announced a massive overhaul to the News Feed that will see it show fewer videos and public publisher content in favor of friends and stories that get you to comment.

“Time spent is not a goal by itself. We want the time people spend on Facebook to encourage meaningful social interactions” Zuckerberg said. “So we’re going to focus our products on all the ways to build community around the video that people share and watch. That’s something Facebook can uniquely do.” 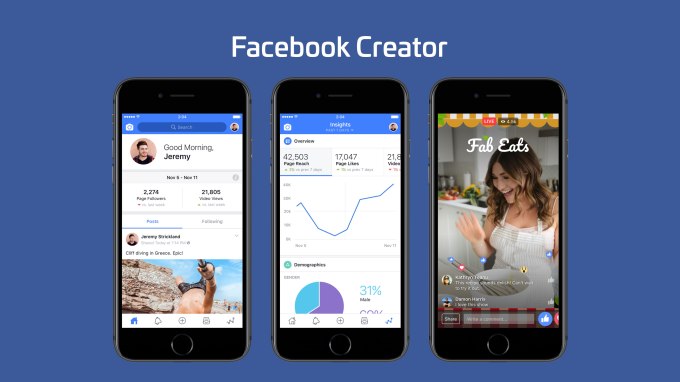 Co-watching video is already a popular experience online through platforms like Twitch, but they often center around the video’s creator rather than an interconnected community. Watch Party could refocus this experience towards peer-to-peer interaction rather than everyone screaming through the comments trying to get the creator’s attention. It might also give an engagement boost to Facebook’s new original video content hub Watch, though the new feature isn’t limited to these longer-form shows.

Simo says Watch Party will first open to a “handful of Groups”, but it’s looking to expand soon. Facebook recently launched a whole Creator app for social media stars that I bet will increasingly integrate with the fan groups that spring up around them, which would be perfect for Watch Party,

And it would make a ton of sense for Facebook to bring this feature to Group chats next. While it might be fun to co-view a cooking show with a big foodies group, or a political debate with Pantsuit Nation, the people I really want to laugh and joke with in the comments are my closest friends.