Canary has been steadily upgrading its line of security cameras with new features like two-way talk and person detection, among other things by way of software updates. Today, it’s preparing to do so again with its announcement of another A.I.-powered activity detection feature called Package Detection, as well as a skill for Amazon Alexa. The Alexa integration allows you to stream video from your Canary to your Echo Spot, Echo Show, Fire TV or Fire TV Stick just by speaking.

Unfortunately, this addition is only being made available to users of Canary’s indoor/outdoor camera the Canary Flex, and not the original Canary. It will roll out via a software update in the first half of 2018 but only for Canary’s paying members. The company introduced a $9.99/month membership option this past fall, which saw it charging for some services that used to be free, like Night Mode, much to the chagrin of its users. (Canary ended up relaunching it in December after hearing feedback from their customers.)

It’s up to Canary to add more value to that membership option over time, in order to convince people to upgrade. 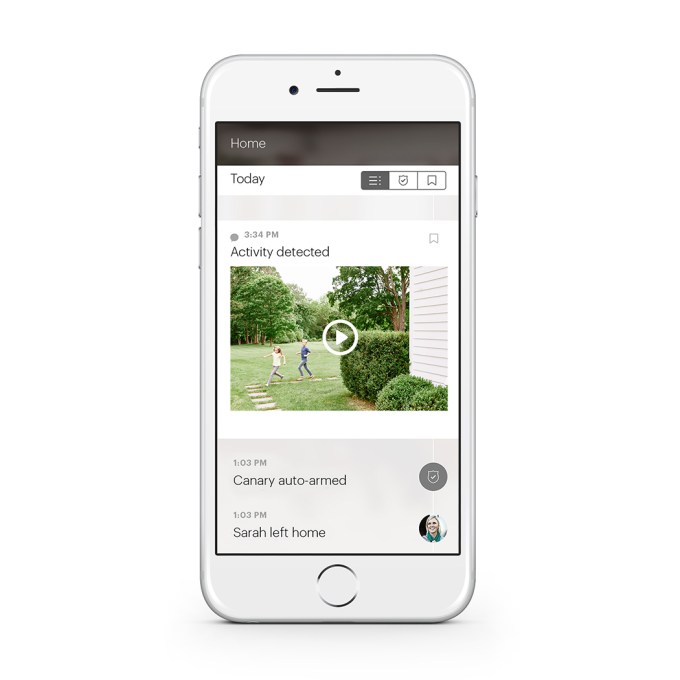 The launch follows other third-party integrations, including those with Google Assistant and Wink, and will be made available to all Canary devices and users, not just its paying subscribers.

The company’s new Alexa skill will let customers say things like “Alexa, show me the Living Room,” to start streaming video from a supported device. Being able to support the most popular voice speaker platform is critical for any connected camera maker, especially given that Amazon itself has moved into this space with its affordable, if somewhat basic, Cloud Cam.

Canary says the Alexa integration will launch in the “coming months,” but didn’t offer a more specific time frame or date.