Google is launching an update to its search console for webmasters today that, among other things, brings redesigned search performance and index coverage data to the service. In addition, the console now also features more detailed data about the errors that a site’s AMP pages and job listings may be throwing (and how to fix them).

The company had been testing these updates in beta over the course of the last few month and it’s now ready to move them into production. Users will still be able to switch back and forth between the new and old reports, though. Google is rolling these updates out slowly, though, so you may not be able to see this new version just yet. 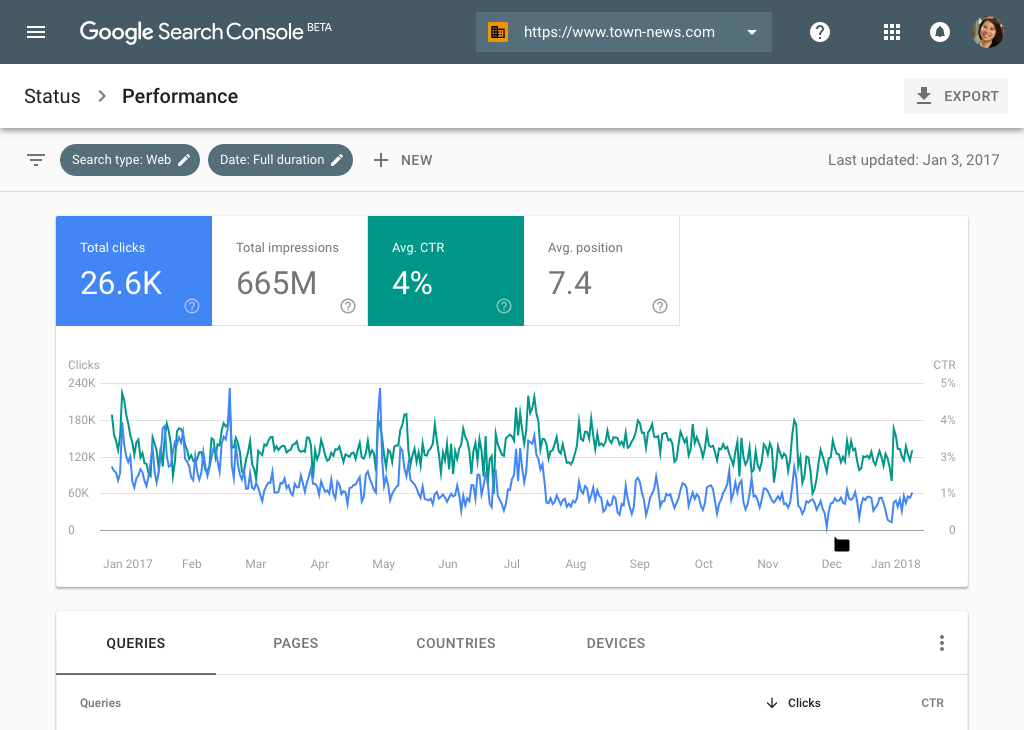 The update that’s probably most important for most users is the new search performance report. This report now features a new design and access to 16 months of data, which Google argues should make it easier to detect trends in your data because you can now finally create year-over-year comparisons.

The Index Coverage report, too, is getting a major overhaul. Like before, the focus of this report is on helping you figure out why some pages may not show up in Google’s index. Indeed, the focus seems to be mostly on making existing features more easily to find and use. That means you can now more easily find the tools to test and re-submit URLs, for example.

Both the AMP and Job Posting reports also focus on providing you access to error data. If your AMP pages throw warnings, for example, you’ll be able to find those pages, get more information about these warnings, and request a re-crawl. Google also notes that it’s easy to share these reports with other teams in a company. Similarly, the Job Postings report will show you which pages Google has indexed in its Google for Jobs index and which ones are missing data or throw errors.