The iMac Pro exists because it turns out that there is a lot of air underneath the aging Mac Pro and above the incredibly popular MacBook Pro. A single-digit percentage of Mac customers buy the Mac Pro and, in recent years, Apple had been seeing a major rise in “pro” customers of all shades purchasing iMacs because of their incredible screens, all-in-one form factor and overall ease of deployment.

Given that there was such an appetite for a beefier computer in this pocket of hardware, and given that it was already in motion to re-think the Mac Pro entirely, Apple decided to see exactly how ridiculous it could get with iMac performance inside what is essentially the exact same shell as the current machines — with a nice coat of color treatment and a few additional cosmetic differences.

You may recall that back in April of this year, Apple was abnormally candid about its failures with the Mac Pro. It had painted itself into a corner with that design, and needed to go back to step one to rethink its approach. During that session, Apple executives told a roundtable that they were also rethinking what it meant to be a professional customer of Macs.

“First of all, when we talk about pro customers, it’s important to be clear that there isn’t one prototypical pro customer. Pro is such a broad term, and it covers many many categories of customers. And we care about all of these categories, and there’s a variety of different products those customers want,” says Schiller.

“There’s music creators, there’s video editors, there’s graphic designers — a really great segment with the Mac. There’s scientists, engineers, architects, software programmers — increasingly growing, particularly our App development in the app store. So there are many many things and people called pros, Pro workflows, so we should be careful not to over simplify and say ‘Pros want this’ or ‘don’t want that’ — it’s much more complex than that.“ 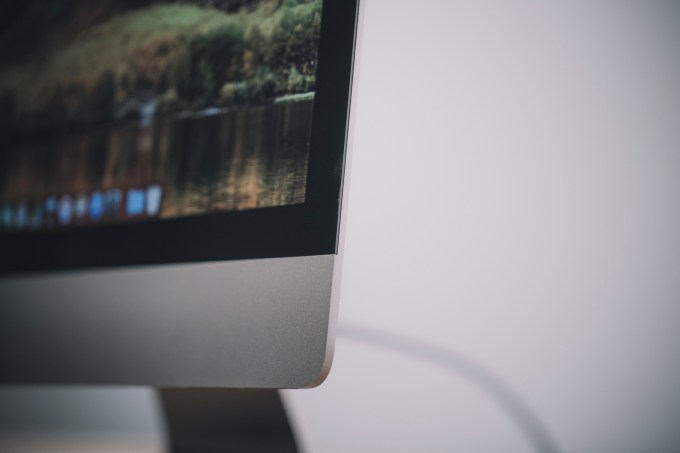 Schiller said that 15% of Mac customers use professional apps multiple times a week and 30% use them in some manner. And the large majority of those pros use MacBooks. However, the iMac was beginning to be disproportionately used by pros who either found the screens or form factor compelling or found the pace of updates of the Mac Pro stagnant.

“So many of our customers were moving to iMac that we saw a path to address many, many more of those that were finding themselves limited by Mac Pro through a next generation iMac,” said Apple’s Craig Federighi, “And [we] really put a lot of our energy behind that. [But,] while that [upgraded iMac] system is going to be fantastic for a huge number of customers — we want to do more.”

That more will be the upcoming Mac Pro. But the now is the iMac Pro — a machine that will hold an allure for pros looking for a beefy piece of hardware that can handle demanding tasks from rendering to medical imaging to VR — but that also holds some clues for the future of all of Apple’s Macs.

I was able to see the iMac Pro and its new space grey accessories in New York yesterday, along with a series of demos from pros that Apple seeded with the machines for a few days to allow them to get a feel for what kinds of gains they would see from it.

The machine itself is physically a near match for the current iMac, aside from the dark grey finish.

The rear ports are definitely different, of course. You have 4 Thunderbolt 3 ports, which run on two separate controllers, 2 ports each. So you should get blazing speeds on those whether they’re used for e-GPUs or storage or displays. There are 4 USB 3.0 A ports and an SD slot and, for the first time ever, a 10 gigabit Ethernet port right on the back.

The 5k display is the same as the one that ships with current iMacs. You can order 1, 2 and 4 Terabyte SSD options with the new machine for storage.

Another change is the fact that you can now remove the stand from the iMac entirely and VESA mount it. Previously, you had to either use an after-market solution to mount an iMac or order it specially from the factory with the stand deleted, allowing for mounting. 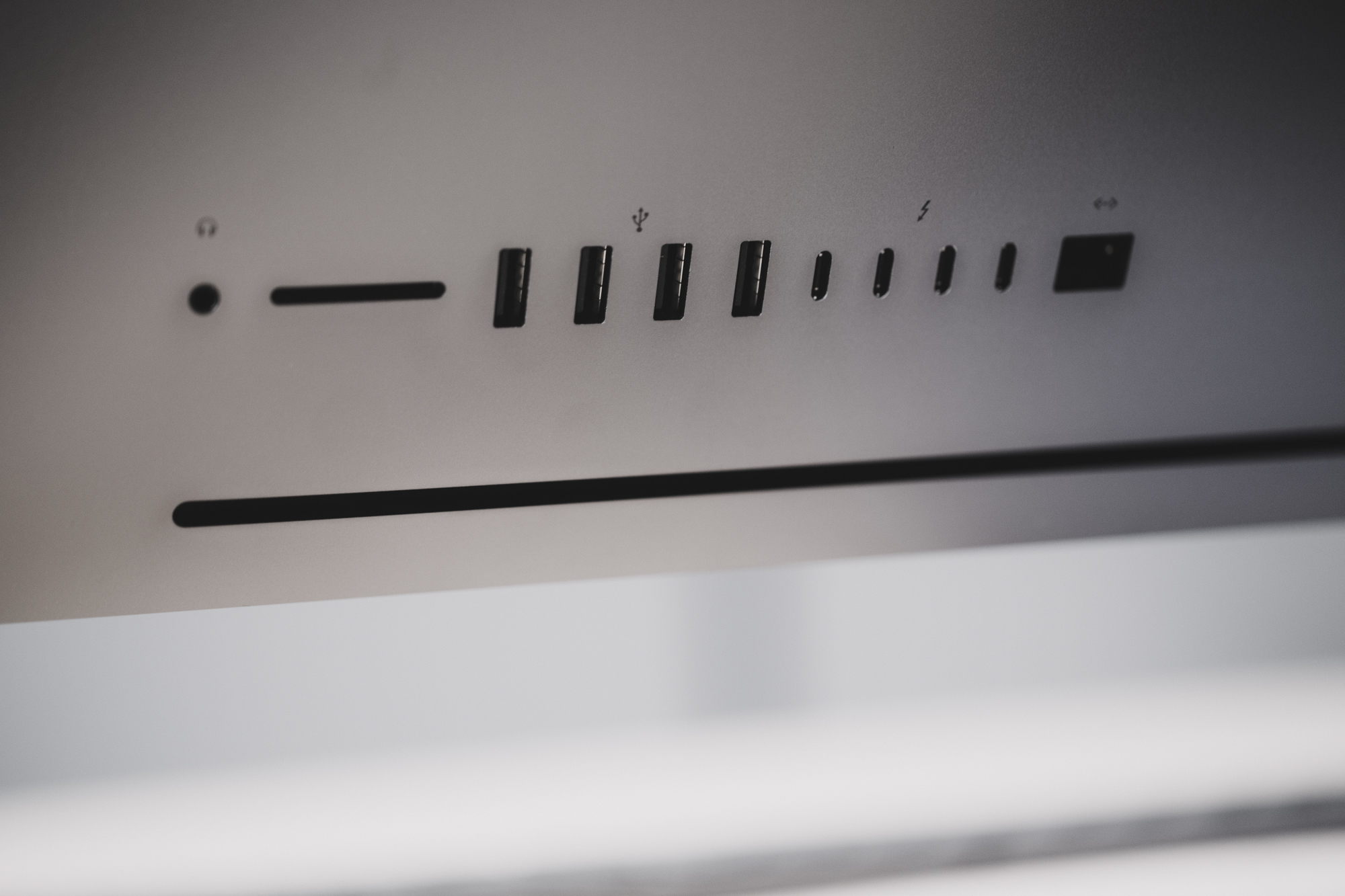 Not every configuration of the iMac Pro will be available to order today online and in stores next week. You’ll be able to get the 8 and 10-core Intel Xeon W versions of the machine with any other memory, graphics or storage options you like, but the 14- and 18-core editions are coming in January. Each has 1MB of L2 and 1.365MB of L3 cache.

To be clear: you can order any options the iMac offers today, except for the two higher-core processors. This, it turns out, is not that big of a limitation as the 10-core should really be the sweet spot anyway. The 10-core model offers the highest turbo speeds at 4.5GHz for single threaded performance and supports hyper threading, allowing 20 threads at a time to operate on tasks. This is enough to enable real-time playback on an 8k Red Weapon footage file in ProRes 4×4, for instance – or a 140 track Logic file.

The higher-core options are really best suited for applications that take full advantage of so many lower frequency cores. Machine learning or AI applications that use the multiple CPU cores to schedule jobs for the GPUs, for instance, or rendering pipelines for external GPUs now supported by iMac. 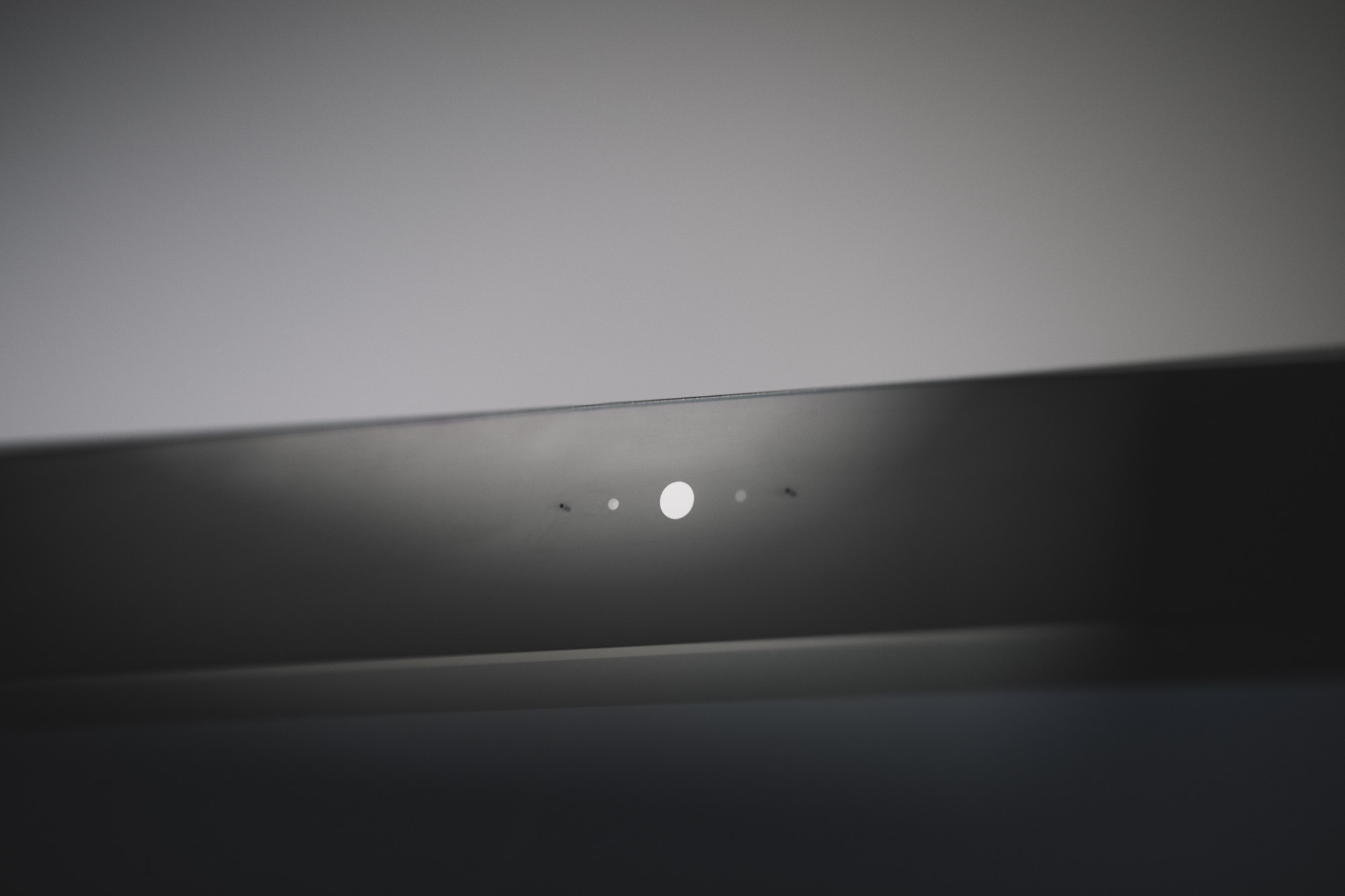 If you’re not sure what to order, go 10-core. You’ll be able to jack the memory up to 128GB (non upgradeable by users, but upgradeable at a service center or store) and get the beefier Vega 64 graphics cards offered to end up with an incredibly impressive machine.

The Vega 56 and 64 options are absolutely the most powerful graphics cards that have ever been included in a Mac and I was able to see demanding VR applications, rendering tasks and real-time manipulation of 3D and video that would be completely impossible on any other iMac hardware — and would chug on the relatively beefy PC I use for VR currently.

These new processors support AVX-512 instructions as well, which will give developer users of multi-core iMac Pros a nice “free” performance bump if they’re using Apple libraries (or manually calling the instructions themselves).

The most interesting piece of hardware from an overall perspective, however, isn’t the more exotic graphics or processor options, but a system controller chip called the T2.

The T2 is an iteration of the T1 chips that are in current MacBooks, but it brings more functions of the machine into the fold. It controls the ISP that runs the 1080p camera, the audio controller including the 4 microphones and the louder speakers, the SSD controller and, importantly, the Secure Enclave that’s included in the iMac Pro.

The SE handles real-time automatic encryption for the SSD. This means hardware-based encryption with zero hit on the CPU, something that was always a compromise of FileVault. If your SSD is separated from the SE it cannot be read. If you want an additional layer of protection, you can also still use FileVault to inject your user key into the mix, preventing target disk access.

The T2 also validates the entire boot process (an option that can be disabled) from start to finish, preventing injection attacks at a physical access level.

The T2’s additional layers of security are absolutely coming to the rest of the Mac line. That’s a personal prediction, by the way; Apple wouldn’t say. But duh. It struck me, though, that this beefier security which has built-in protections against sophisticated attackers, would be very popular in government or research applications. If I’m a buyer with security-heightened needs, issa bulk buy, imo.

Which brings us to the real question.

Who is the customer?

The demos that Apple had lined up tell the tale of who they’re pitching this machine to. Four different VR applications, several render-heavy workflows that were upgraded from minutes or hours of waiting to real-time on the iMac Pro, and a session with a bunch of simultaneous multi-device simulators running on top of browser tests running in emulators of Windows and OS X machines all while compiling Linux from source – and nary a fan was heard spinning up.

Survios showed off Electronauts, its music creation/rhythm game hybrid on a Vive, which added support via Steam earlier this year. Using a full-fledged VR application from one of the best developers in the field on a Mac was a treat. I’ve run VR systems on my iMac and it has never been a pleasant experience. Sitting at my desk now I have an entire PC tower just to the right of my legs almost solely to support the multiple headsets I run. It will be great to be able to move back to a single machine for gaming and VR for me. But, more importantly, the iMac Pro is now suddenly a viable option for VR developers.

This becomes important in mixed-pipeline environments, pointed out Oluwaseyi Sosanya of 3D design tool Gravity Sketch. Because they’re super focused on supporting the automotive industry, they’re used to designers having to leave the Mac to jump to their modeling tools and then back to the Mac where they love to design. The iMac Pro plugs that gap and makes it easier for designers to adopt digital modeling tools that would normally have relied on a PC workflow being inserted into the process.

Some folks from Cinema 4D were on hand to talk about stacking external GPUs onto the Thunderbolt arrays, ramping up and down on the complexity of a scene, enabling them to work in real rendered viewports which took only a few seconds to get a usable frame and a few minutes to display at production quality — something that would normally require shipping off to a render farm and waiting. 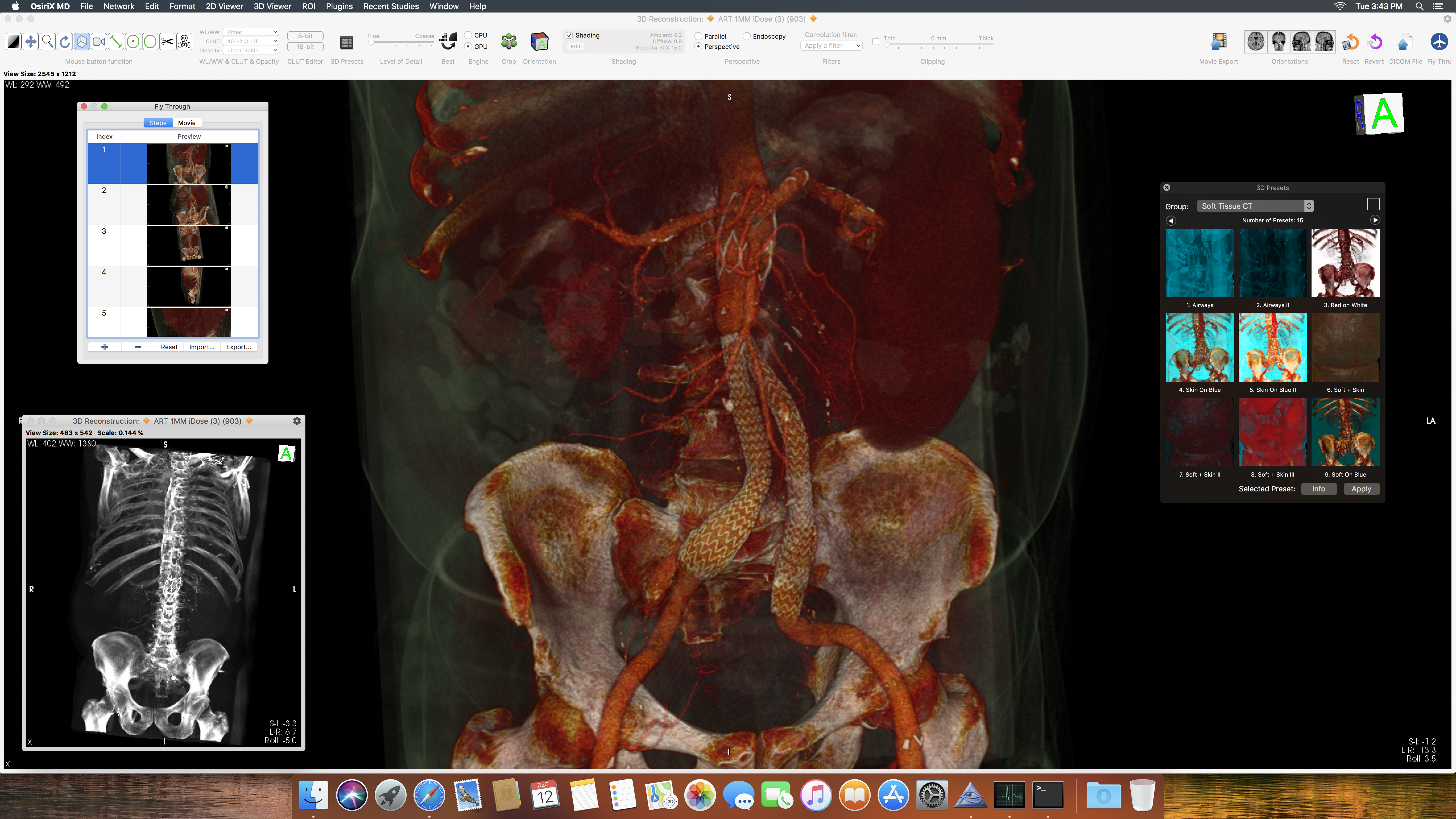 The messaging was interesting to me. It was absolutely, clearly, a love letter to developers. Most of the Mac and iOS developers I know use iMacs or MacBook Pro machines – especially given the limited nature of the Mac Pro as it exists now. And given that Apple says the Mac Pro will focus on ‘modularity’, I think that the iMac Pro is going to be one of the most powerful integrated machines of its generation.

There’s nothing here that recommends waiting for a software developer. I really believe that the Mac Pro will fall much more on the industrialized spectrum than in previous generations. The pricing is comparable to build-your-own options, and you don’t get Apple’s all-in-one system tricks like the T2. And while the price tag is nothing to joke about — $4,999 to start — it’s a drop in the bucket for the medical and professional industries. A $700 seat of OsiriX and an iMac Pro to stack slices of a CAT scan into a real-time 3D model of a vascular system in distress is nothing to a surgeon looking for more precision.

And, of course, Apple’s own data supports that there was a chunk of open air underneath the Mac Pro, even at its newest.

All of the benchmarks and real-world stress tests will follow to tell us exactly how well the iMac Pro pays off on its promises, but so far it’s looking like Apple has a powerful new machine to plug its leaky Pro hole.