Hangouts Meet, Google’s service for running video and audio meetings, is getting a few new hardware companions. The company today announced the Hangouts Meet hardware kit that includes a touchscreen controller, speaker microphone, 4K camera and an ASUS Chromebox to control it all.

The Chromebox (an Asus CN62) is the nerve center of this kit. While Chromeboxes (which you can think of as the Mac Mini to Google’s Chromebook laptops) never quite took off the way Chromebooks did, yet they’ve quietly been around for years, with the likes of Dell, HP, Acer and Asus making them. They power everything from in-store signage to many a computer behind a receptionist’s desk. 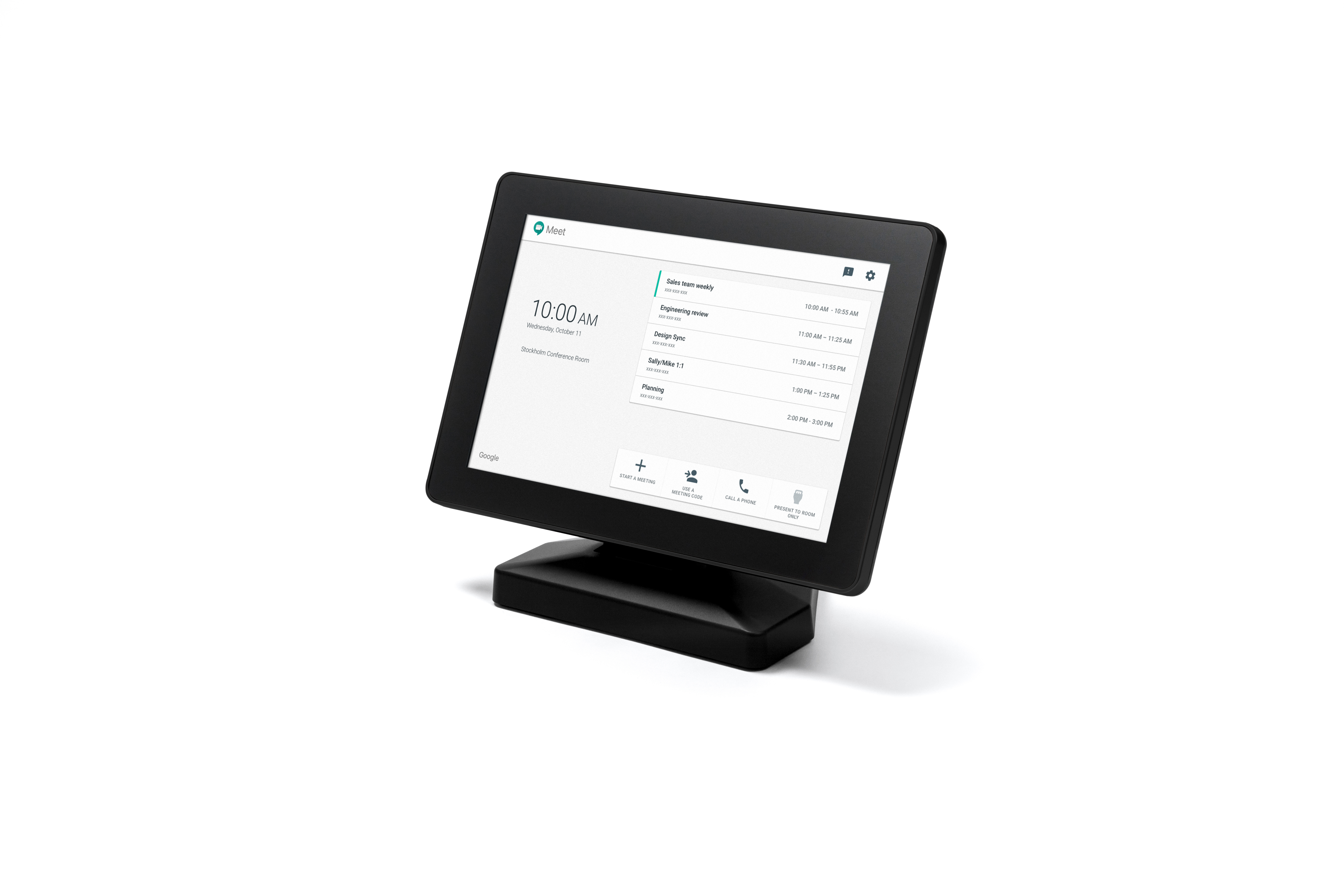 For a while now, Google has sold numerous meeting kits based around the Acer and ASUS Chromeboxes at prices that range from $999 to $1,999. That was before the Hangouts Meet and Chat schism, though (which is still confusing), and this new kit is specifically geared toward Hangouts Meet and G Suite Enterprise edition customers.

It’s also the first set to feature this new touchscreen controller (though that, too, isn’t the first touchscreen specifically geared toward Hangouts meetings). That touchscreen, Google tells me, is a 10-inch MIMO Vue capacitive display with HDMI capture. These screens typically retail for about $499 outside of this kit.

Google notes that it designed the speaker microphone itself and that users can chain five of them together to capture audio from large rooms. Chances are that Google used some of the expertise it gained from building the Google Home to inform its speaker mic setup.

The camera Google bundles with this kit is a Huddly GO 4K sensor camera. While you may not have heard of Huddly before, the Norway-based startup recently raised a $10 million Series B funding round and focuses specifically on the remote meeting market. Outside of this kit, you can’t currently buy the Huddly Go, but you can reserve one on Huddly’s website where, at some point, it will retail for $499 (unless Google just acquires them before that).

In addition to the hardware updates, Google is also launching a few new software features. You can now record meetings and automatically save those recordings to Google Drive, for example, and those meetings can now have up to 50 participants and those participants can now dial in from more than a dozen meetings (and the local app will automatically give you the right dial-in number based on where you are, too). These new features will roll out gradually, though.