It was just a matter of time, really. Motorola’s been teasing Alexa integration since Mobile World Congress in February. Back then, the company previewed a sort of “experimental” Mod for the Moto Z sporting Amazon’s insanely popular smart assistant. The add-on is finally really real and set to start shipping next month.

The AI has already slowly made its way onto a smattering of handsets from companies like Huawei, but the new Moto Smart Speaker with Amazon Alexa is different than the standard integration. It’s a full-fledged modular smart speaker add-on that snaps magnetically onto the back of Motorola’s flagship — a sort of mini-Echo. 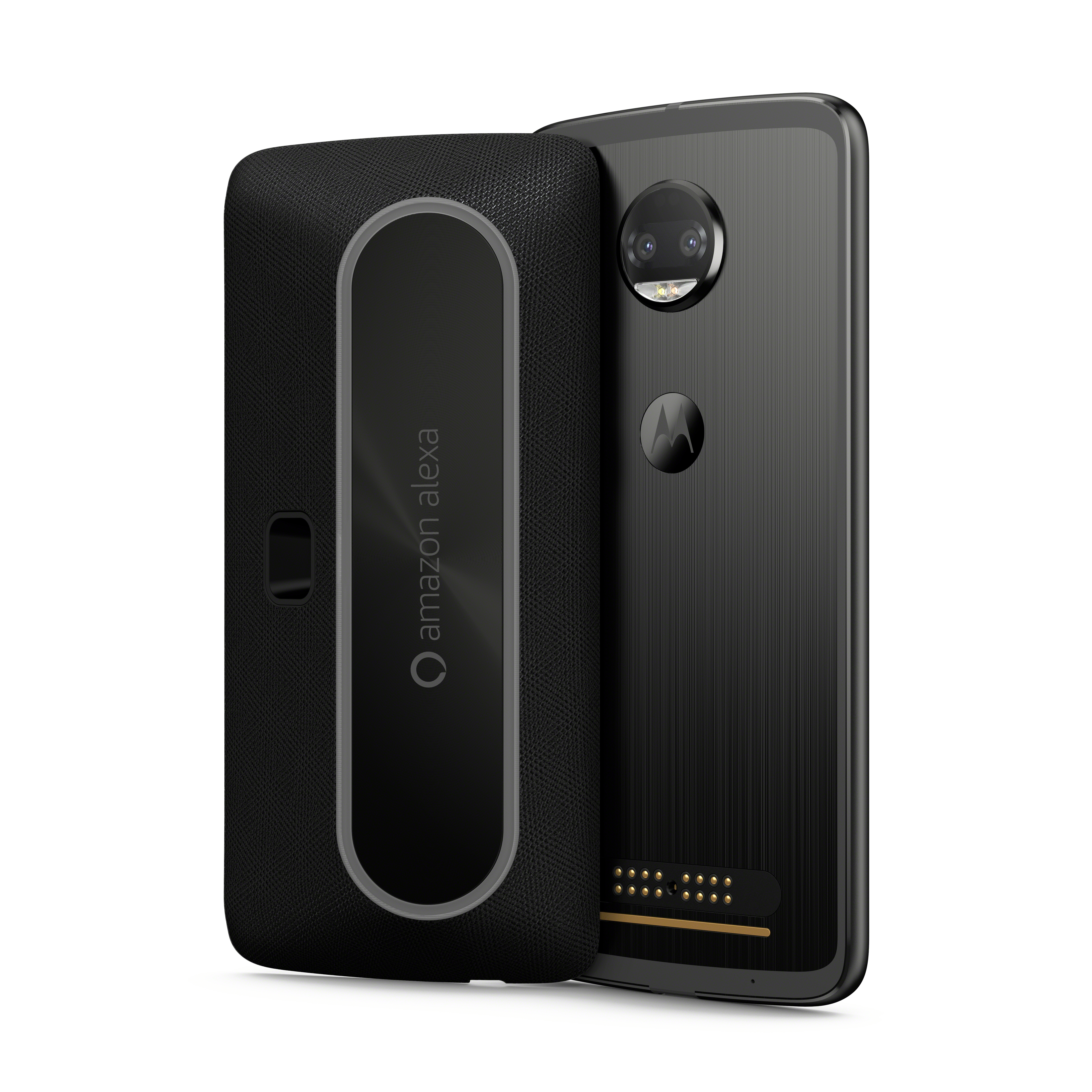 It’s got four microphones, so it works hands-free. It’s designed to have the speaker face down, propping up the phone so the display is fully visible. The Moto Z’s screen doubles as an Amazon Show/Spot of sorts, showing off the visual component of Alexa’s results.

The speaker runs $150, which put it on the high end of the Moto Mod spectrum — that’s about double the price of JBL’s speaker add-on. More importantly, it’s about three times the price of the Echo Dot, making it a hard sell for all but the most loyal Moto Z owners. It does have a couple of things going for it though, like 15 hours of battery life and the convenience of being untethered from the home, if the idea of taking your Echo on the go has ever appealed to you.

Still, Alexa has yet to establish itself as a competent mobile assistant along the line what Apple and Google offer, and the need to take a smart speaker with you is probably pretty limited, as well. The company suggests hotel rooms as a possibility — perhaps if you’re looking for the comfort of a home assistant on the road?

Motorola found a surprise hit with the Moto Z, but it’s hard to make the case that any one of the Mods the company has issued so far have been a killer app. The add-on will be available starting next month.