Target announced today an expanded partnership with Google that, among other things, will allow consumers to shop Target across the U.S. via Google Express, including by voice. The deal will also see the two companies working together more closely in the future in a number of areas, including the integration of Target’s own payment card, REDcard, into Google’s shopping platform, support for store pick-ups via voice and more.

The news follows a similar announcement from Walmart in late August, which saw the retailer — Amazon’s biggest rival — partnering with Google on voice-based shopping. With the Google Home device, Google represents these retailers’ best shots at finding a way into consumers’ homes in a market where Amazon Alexa-powered smart speakers now dominate.

But Target believes shopping by voice won’t necessarily be tied to an in-home device like the Echo or Google Home.

“Who knows if these specialized devices will even exist in a few years’ time?,” says Target’s Chief Information and Digital Officer Mike McNamara, somewhat optimistically. “Or whether it’s a piece of software than runs on your TV or on your telephone.”

He adds that most people will probably interact with the voice-shopping feature by way of Google Assistant on their smartphone — a feature Google is also announcing today. 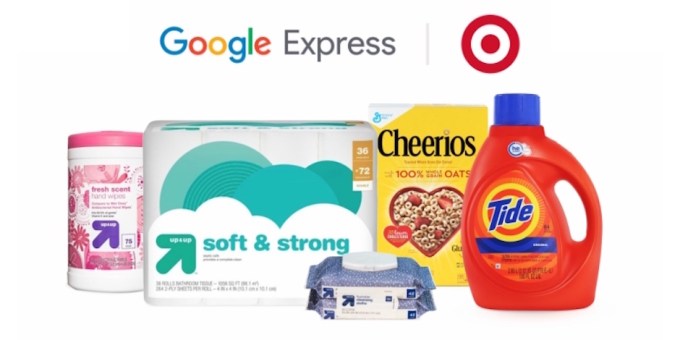 Already, people can shop by voice using a Google Home smart speaker or Google Assistant Android TV, but in the near future, shopping via Google Assistant will arrive on eligible Android phone and iPhones.

While voice-based shopping may be the buzzier news this morning, the partnership represents an expanded relationship between the two companies overall.

Target had previously been testing Google’s home delivery service, Google Express, only in select markets in California and NYC. Today, it’s making that service nationally available across the continental U.S.

That means there will be some overlap between Google Express and Target’s own quick delivery service, Target Restock. But Target Restock on its own couldn’t leverage Google’s voice computing platform, so Target is essentially placing its bets on Google. 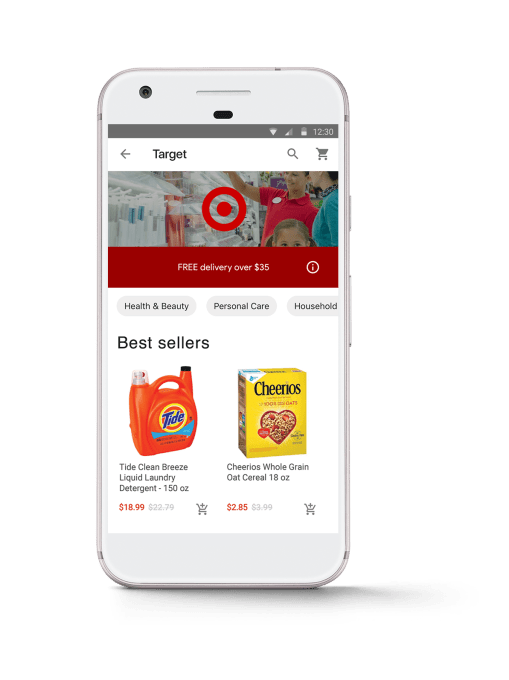 “When it comes to technology and things like natural language processing, Google will lead the way,” says McNamara. “I’d love to have all of Google’s capability around these deep engineering things, but frankly our world is more about making sure we have the right products in the right stores at the right time.”

To use the voice-shopping feature, customers can say something like “OK Google, reorder Market Pantry cereal from Target,” to add items to their list.

In addition to going live nationwide on Google Express, Target’s REDcard debit and credit card will become available as a payment option for Google Express shoppers in 2018, which has the added benefit of allowing Google Express to display to shoppers the REDcard discount (5 percent on most purchases and free shipping).

Next year, Target shoppers also will be able to specify they want to pick up their orders at their local store (within 2 hours) instead of opting for delivery.

For now, however, shoppers can use Google Express to add Target products to their list, taking free delivery when they meet the order minimum. (This will be the same as on the web, which is $35 for any payment method, or $25 for REDcard holders.) If you need something shipped immediately, you can opt to pay the delivery fee instead if it’s less than those amounts.

Target and Google say they also will work together to design other digital experiences for voice shoppers, particularly in areas Target focuses on, like home, apparel and beauty. Details are light on what this means, but it involves data sharing. 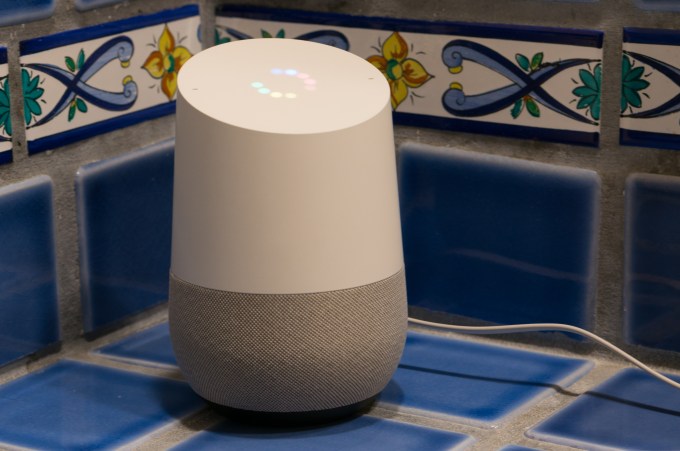 That is, Google will receive information about a customer’s purchase history, meaning it will know things like what size of clothing the customer wears, among other things.

“Having that data directly available through the Assistant — that’s where you get into the convenience,” says McNamara.

“We take privacy very seriously,” adds Daniel Alegre, Google’s President of Global Partnerships. “The sizing information will come from Target, once you link your account…but we personalize the results for the user based on what we know about the user, then we link with the data that Target has,” he explains.

That means Google Express users will see personalized shopping results from Target in the future when they make specific requests.

Shopping Target via Google Express is today available across the U.S., and it’s available within Google Assistant on Android TV and Google Home, with smartphone support added soon.