When he was still at Google Ventures, Bill Maris led a round of funding into music royalty collecting startup Kobalt, to make one of the VC arms bigger bets in the world of digital music. Now that he’s moved on to start another firm, he’s taking a step to re-up his interests in the company. Today, Kobalt announced that Maris’ Section 32 has invested $14 million into Kobalt, in what’s being described as a second installment into Kobalt’s Series D.

That Series D round was originally announced in May of this year as $75 million at a $775 million valuation led by Hearst. Post money, we have confirmed that the company now stands at a $789 million valuation. As part of this investment, Maris is also joining Kobalt’s board.

As we have noted before, Kobalt’s basic business proposition is to provide a set of big-data-based tools (and a dashboard to use them all) to the music industry so that it can collect royalties across the fragmented but very popular music market. The idea is to create more transparency and to capture millions of incremental plays and fragments of plays to collect money where it is due.

“A big hit today has 4 billion micro-transactions,” Willard Ahdritz, the founder and CEO of Kobalt told me earlier this year. “Now that we are connecting the rest of the world in streaming, we will be able to track 10 billion transactions.”

According to recent figures from recording industry association IFPI, licensed audio streaming is up by eight percent in the last year with some 40 million tracks now being tracked across hundreds of services, but piracy is still on the rise, with one of the most common methods today being “stream ripping” versus older formats like unlicensed downloads.

“The royalty collection business has been stuck in the dark ages, and artists often have to wait for months or years to get paid for use of their work – if they get paid at all,” said Bill Maris, founder, Section 32, in a statement. “Kobalt is the only company to have created a full multi-rights content management system to fix this broken business model, and I couldn’t be happier to join the board and invest again in Willard and the team at Kobalt.”

Kobalt works with several players across the ecosystem to help track all of this, counting artists, songwriters, publishers and labels among its customers, along with platforms like Apple Music, Spotify and Soundcloud. Kobalt says that it represents some 40% of the top 100 songs and albums in both the US and UK. 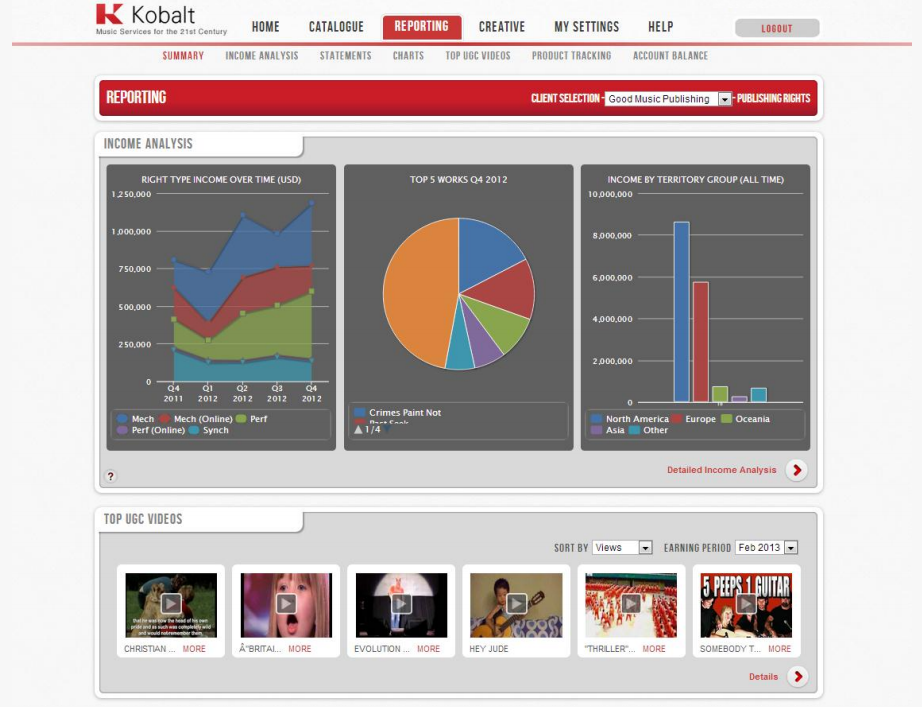 Kobalt is not without its rocky patches, though: the company recently lost its president Richard Sanders, who joined streaming service Tidal as its latest CEO. Laurent Hubert, the company’s chief revenue officer, is now doubling up with the role of president.

It seems that this investment is more about getting Bill back at Kobalt than any specific strategic direction that the company plans to take — although I am asking about that.

“Bill is one of the most important investors and leaders in the tech community,” Ahdritz said. “Having him join our board is not only a great moment for Kobalt but also for the music industry that needs more tech experience. He’s been with us since 2014 and is now doubling down to help us see through our mission of bringing the music industry into the digital age.”