Pinterest said today it now has 200 million monthly active users, up from 150 million a little under a year ago.

In April, the company said it hit 175 million monthly active users, so it seems it’s been able to grow pretty methodically in the past year or so. That’s going to be a good sign for the company, which set some very ambitious targets in early 2015 but has since had to recalibrate it. Pinterest recently raised a $150 million financing round at a $12.3 billion valuation. With that financing round, Pinterest was making a full-court press into visual search, which it is trying to pitch as its core competency. 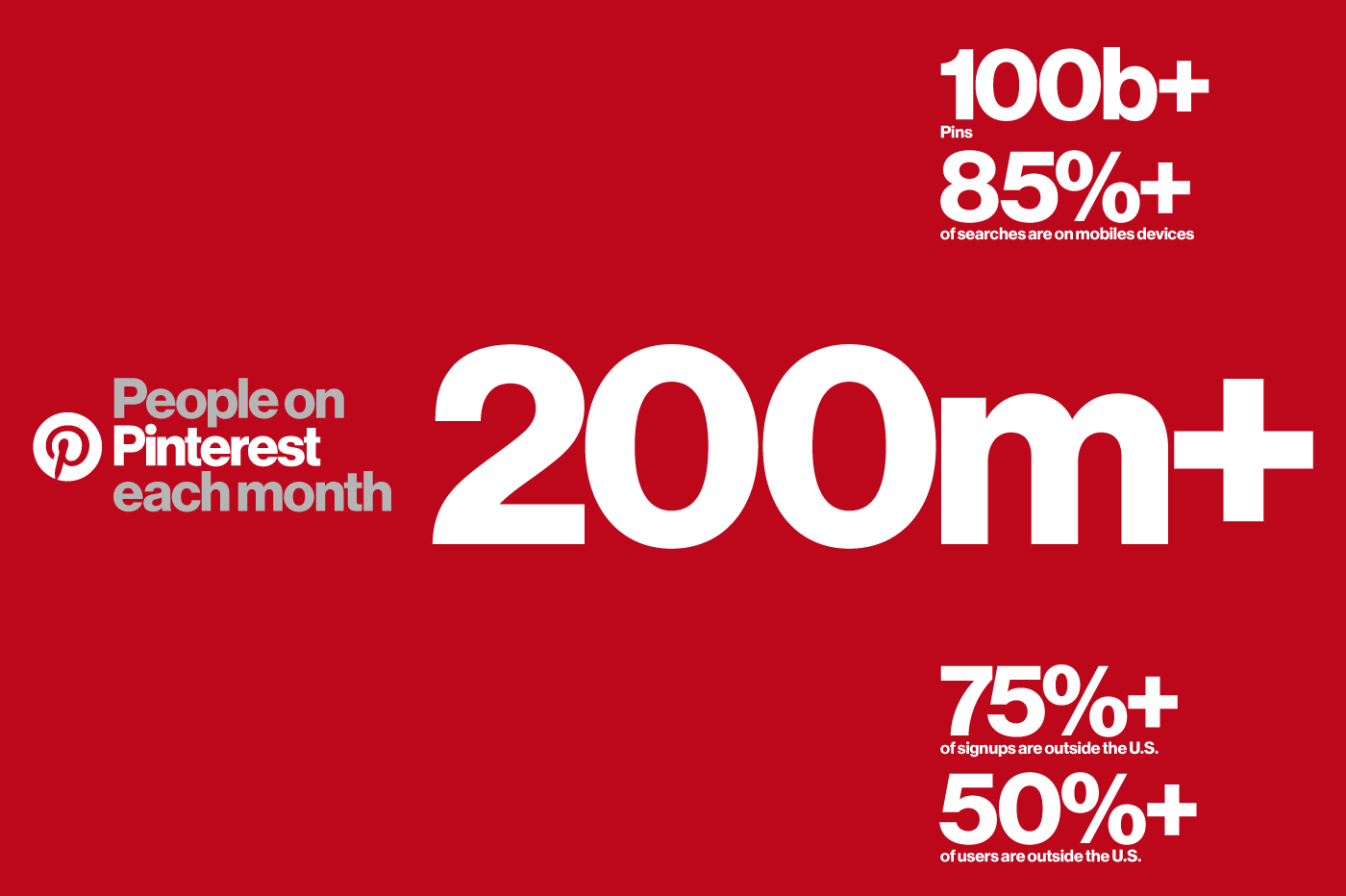 Pinterest has actualized that pitch into a number of products, with the biggest of those being its camera search product Lens. Users can pick up their phones and point their camera at a room, and Pinterest will identify what’s in that room and sync it up with content on the platform. Pinterest benefits from already having a massive well of high-quality photos from both users and businesses, and it can lean on that content as a kind of defensible dataset that might not be available to other companies going after image recognition.

There are other products that Pinterest has come out with to move toward that goal, as well, like Shop the Look and Instant Ideas. Both of those features look to get people quickly searching for the elements within a picture and diving deeper into the rabbit hole of Pinterest — which means they’re more likely to convert to a customer for a potential advertiser. Pinterest president Tim Kendall said the visual search tools were soon coming to its ads in May at TechCrunch Disrupt NY 2017.

Pinterest also released a slew of other metrics to show that the company was still growing beyond its core competencies, such as talking about how more than 75% of sign-ups are coming from outside the U.S. now as it makes a big push internationally. More than half of its users come from outside the U.S., and impressions for the app grew 50% year-over-year. Pinterest also said its male audience — typically an afterthought among observers — has grown more than 50% year-over-year.

To be sure, Pinterest is a different kind of use case than other platforms — and works great for a lot of niches, like wedding planning or recipes. But because of that, it might actually be more vulnerable to companies, like Houzz, picking off its most-popular niches. Houzz, for example, was able to raise a new financing round at a $4 billion valuation off creating something that indirectly models for the same kind of audience you might find on Pinterest.