So to keep your phone secure Apple is introducing Face ID, which lets you unlock your phone by just looking at it. This new scanning feature also replaces Touch ID for Apple Pay and other apps that used Touch ID to authenticate users, like banking apps.

Here’s how it works: The new iPhone X takes a 3D scan of your face from all angles the first time you use the phone. It then saves that scan of your face inside the iPhone X’s secure enclave hardware chip, and compares it when you want to unlock your phone. 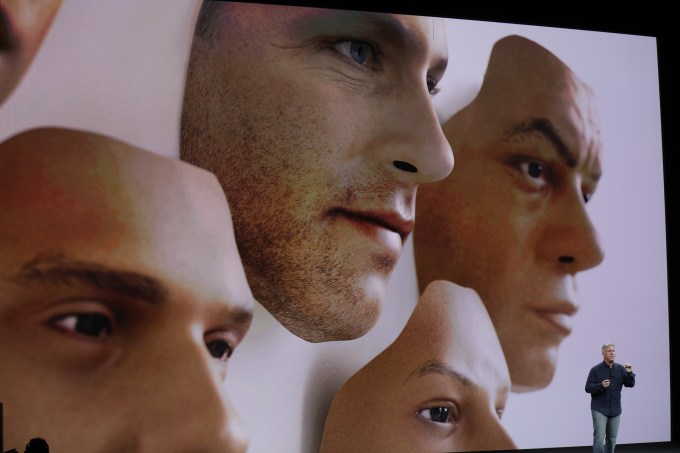 Apple uses a bevy of new hardware to capture this 3D facial map – including a dot projector, traditional front-facing camera, flood illuminator and infrared camera. It’s essentially an Xbox Kinect miniaturized and put on the front of your phone.

Apple says the facial scan is so accurate there’s now only a 1 in 1,000,000 chance of another random person’s face being able to unlock your phone. This is much better than the 1 in 50,000 error rate for Touch ID. And no, holding a photo up of someone can’t unlock their phone – nor can a Hollywood-grade face mask, which (shown below) were used by Apple’s engineering teams to train the feature.