Apple has made a significant change to the latest version of iTunes for MacOS and Windows by removing the App Store. This serves two purposes. First, it means more traffic for the completely redesigned App Store, which debuts later this month with the launch of iOS 11. Second, it returns iTunes to its original function as an entertainment app.

iTunes broke new ground when it was released in 2001, but over the years it became widely derided as an increasingly bloated, awful, sucky, bad and embarrassing piece of software that needed to be “nuked from orbit.” 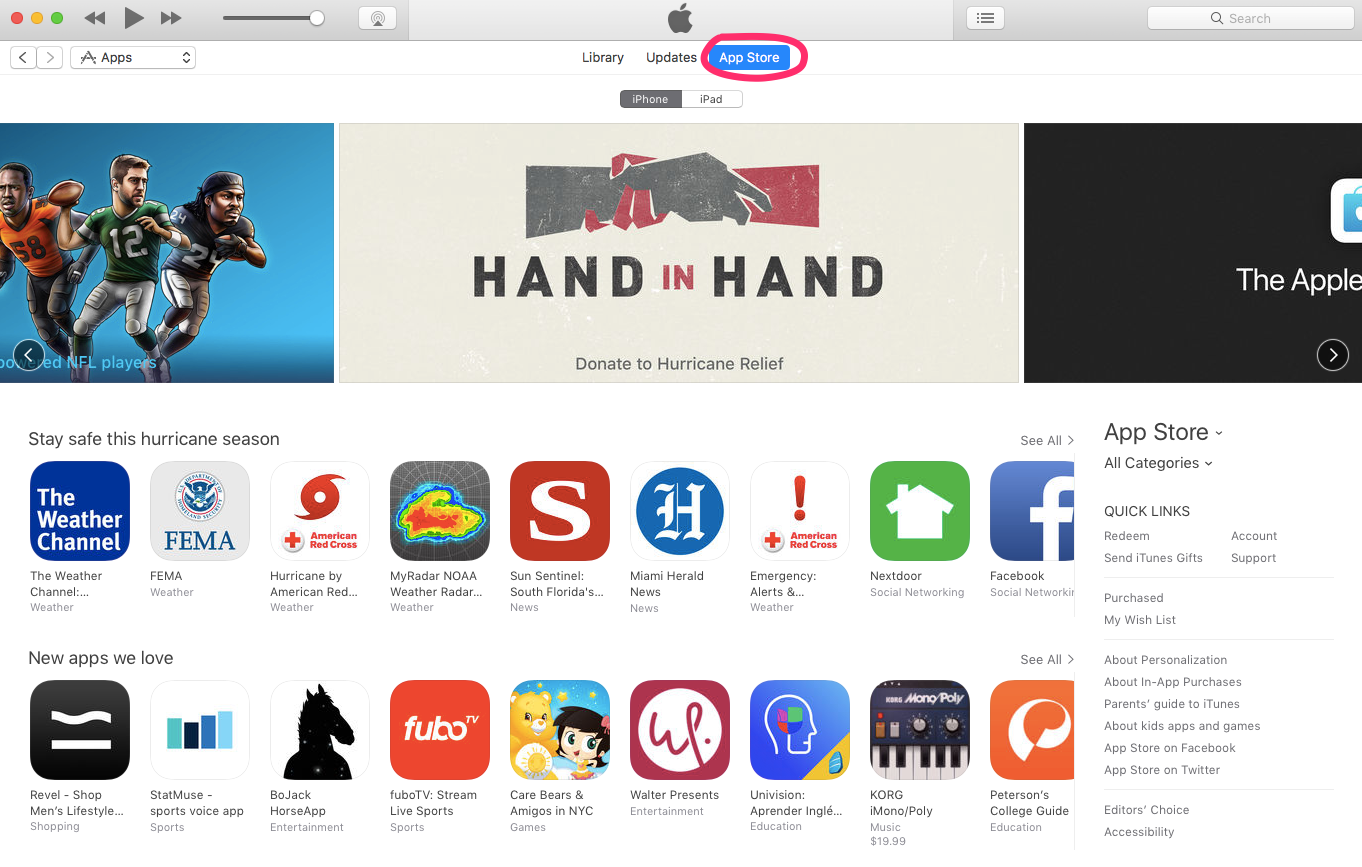 The App Store tab won’t be in the latest version of iTunes.

The update hopefully will make iTunes sleeker and more user-friendly. Not only will the App Store tab be gone, but iTunes U content will appear in the Podcasts section, while Internet Radio will be placed in the music library sidebar.

People who have been syncing apps through iTunes need to redownload them onto their devices. Previously downloaded iOS apps, ringtones and books for PC can be found in the iTunes Media folder, but if something is no longer available to download again, it can still be transferred from computer to iOS devices with a USB cable.

When it is released, the new App Store will not only have a new look and overhauled interface, but also a more editorial approach. Instead of lists of apps, users will see larger imagery, videos and written content describing notable new releases. This gives developers several new ways to market their apps—so it’s not surprising that Apple wants users to open the App Store instead of a window in iTunes.