At our TechCrunch China event in June we discussed the bright future that Hong Kong’s startup scene has, despite some big challenges. This week the country passed a notable milestone as it got its first $1 billion valued startup, better known as a unicorn.

The company in question is GoGoVan, a logistics on-demand provider that connects van drivers and customers for transporting goods. GoGoVan and others like it, including fellow Hong Kong company Lalamove, are often labeled as ‘Uber for delivery,’ but most customers are from the business world.

GoGoVan has passed the $1 billion mark precisely because it is looking to go beyond the B2B market. It has merged with China-based 58 Suyun, a fellow logistics on-demand platform that is focused on serving consumers.

Beyond the strategy of marrying a business-focused service with a consumer-focused offering, the deal is also complementary in terms of geographies. 58 Suyun — which is owned by online classifieds giant 58.com — is present in over 100 cities in China with 1.2 million registered drivers, while GoGoVan is present in eight cities in China as well as China, Taiwan, Singapore, Korea and India.

The merged entity — which will be called GoGoVan — plans to integrate the two businesses together to offer GoGoVan services in 58 Suyun’s locations, and bring 58 Suyun’s services outside of China. The newly formed company has a valuation of over $1 billion, its CEO Steven Lam told TechCrunch in an interview. 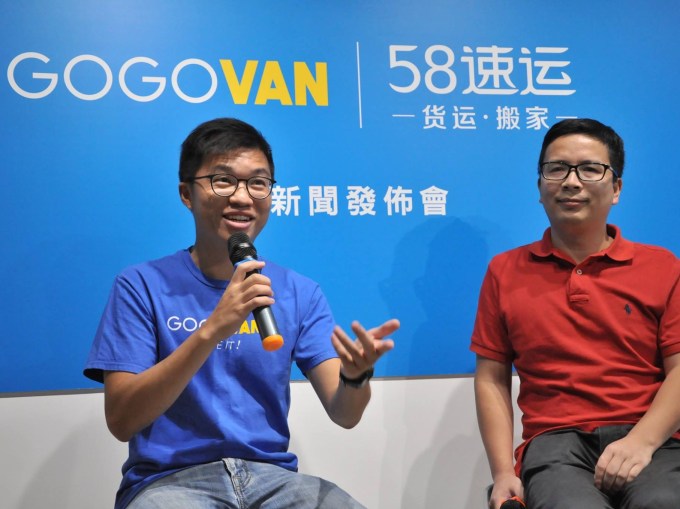 There is also a common investor. Alibaba invested in GoGoVan via its entrepreneurship fund, and it backed 58.com’s 58 Home subsidiary, which operates 58 Suyun, in a $300 million round in 2015. GoGoVan, which was started in 2014 by five Hong Kong founders, has raised over $26 million from investors although its most recent Series C was undisclosed.

Lam said that post deal the company is looking to raise upwards of $200 million for expansion into two or three new markets next year. In 2019, he wants to move beyond Asia, perhaps into Australia and Europe, and list the company on a public market.

“The plan is to make sure the company is ready to be listed, but it depends on the market situation. If we can be really profitable, we may even stay private,” Lam explained. He added that Hong Kong, which has seen a growth in interest from tech companies, could be the IPO destination, but GoGoVan is open to a U.S. listing, too.

GoGoVan isn’t alone with this ambition. Lalamove is also beginning to explore opportunities to go public, too. It raised $30 million from investors earlier this year and its head of international suggested it will look to hold an IPO, most likely in Hong Kong, before 2020.