AT&T’s streaming TV service for cord cutters, DirecTV Now, hasn’t yet publicly launched a cloud DVR feature – something all major rivals today offer – but we now know what it has in store in terms of storage space and functionality. The service will allow customers to save up to 100 hours of video content, according to a recent leak, which TechCrunch confirmed. Customers will also be able to watch and manage recordings from a new “My Library” feature, and add new recordings with a tap of a button.

Screenshots of the DVR in action were first posted to the site Cord Cutters News, and we’ve since confirmed their accuracy.

The images show also the record button in the app, and beta testers say you can swipe on recordings in your “My Library” to quickly delete them.

AT&T had recently announced its plans to test a DVR as part of a larger platform update, but said the feature would first be introduced to beta users before becoming publicly available.

The lack of a cloud DVR at launch put AT&T’s streaming service at somewhat of a disadvantage, compared with its competitors. As more of these alternatives to cable TV enter the market, features like the DVR are becoming the standard.

Dish’s Sling TV, for example, was one of the first streaming TV services to enter the market, but it wasn’t until competition heated up that it debuted its own DVR – something it did back in November.

However, Sling TV charges customers $5 per month for 50 hours of Cloud DVR storage space. (It had only offered 100 hours to beta testers.) Playstation Vue, meanwhile, will delete recordings after 28 days, and only recently made them available outside the home’s network. YouTube TV has an unlimited DVR, but doesn’t allow ad-skipping on most shows, instead switching users to on-demand streams.

Hulu’s Live TV service, meanwhile, makes the DVR option a part of its base package, but offers paying users upgraded functionality. In the main package, it offers 50 hours of recording space for no additional cost, but to get more – 200 hours – you have to pay $15 per month. Its base package consumers can’t fast forward through ads, but those with the paid DVR add-on can.

AT&T hasn’t yet said how the DVR feature will be priced, or if it will be offered as a core feature to all subscribers.

It’s also unclear if it, too, will disable ad-skipping on some, most or all shows, but that seems likely.

By switching customers to on-demand streams, when available, these companies don’t have to actually allocate storage space to saved programming, while still offering a feature that makes it look like they do.

One tester said the DirecTV Now DVR allowed rewind and fast forward in 15 second increments. But it’s not certain yet that such functionality would be available across networks, or when on-demand streams are available, because the option is tied to what sort of deals AT&T can negotiate with content owners. 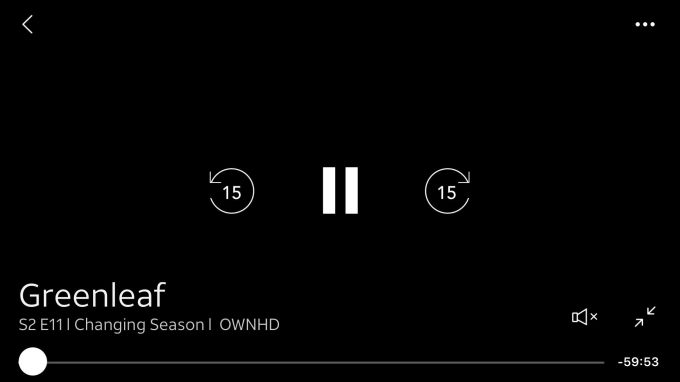 Disabling ad-skipping is now a common practice across services, in fact, but it’s confusing to end users. It’s not always clear which shows will allow you to fast forward when viewed later after “recording” them. Forum postings for these services are filled with complaints and questions about why fast-forwarding doesn’t work on recordings.

In fact, the inability to skip ads makes these cloud DVRs less compelling alternatives to those offered by traditional cable TV operators, and could ultimately spell trouble for streaming TV services’ staying power.

With cable TV, a key benefit to DVR’ing shows – beyond time-shifting, of course – is the option to skip ads. That’s not to say that consumers will stay with cable – cord cutting is happening more quickly than expected – but they may not see the need to sign up for streaming TV when they can stream commercial-free shows from Netflix, Amazon, HBO, and even through Hulu (on-demand) and CBS All Access which both offer “commercial-free” packages.